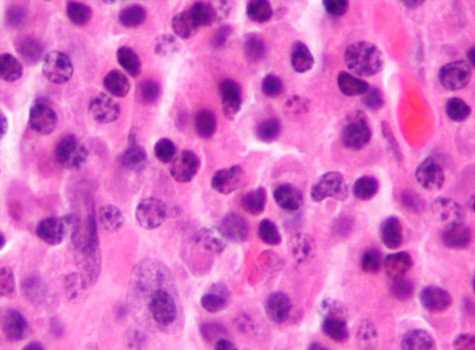 A subcutaneous injection of the immune-boosting drug teclistamab was found to be safe and elicit responses in a majority of patients with relapsed or refractory multiple myeloma, according to findings from a multi-institutional phase I study being presented by Alfred L. Garfall, MD, an assistant professor of Medicine in the division of Hematology-Oncology in the Perelman School of Medicine at the University of Pennsylvania, at the annual American Society of Hematology & Exposition Meeting on Dec. 5.

Of 22 patients treated with the injection dose of teclistamab, who were also chosen for the phase II study, 74 percent experienced a partial response or better.

Teclistamab is a bispecific antibody that activates T cells to attack multiple myeloma cells expressing BCMA, or B cell maturation antigen. These updated results from the phase I show, for the first time, the safety and efficacy of the more convenient injection form of the drug—which was previously reported to be safe and elicit responses when administered intravenously in May 2020.

“These are exciting results for multiple myeloma patients,” Garfall said. “To have a single, subcutaneous-injectable drug that is effective in patients whose disease had become resistant to so many prior therapies, is well tolerated, and often yields long-lasting responses is a promising achievement.”

Patients who received both the injection (n=65) and infusion (n=84) experienced side effects commonly associated with immune-boosting drugs. Grade 1-2 cytokine release syndrome occurred in 54 percent and 57 percent of patients with intravenous and subcutaneous dosing, respectively, and typically occurred one to two days after the drugs were administered. Other side effects included anemia (55 percent), neutropenia (57 percent), thrombocytopenia (40 percent), and leukopenia (28 percent). Side effects, the authors reported, significantly subsided after the first two weeks. All events were considered within a manageable safety profile.

Penn serves as the leading participant in the global study, enrolling more than 35 patients out of the 149 participants for the trial.

The results offer up promise for relapsed or refractory multiple myeloma patients, who tend to have poor prognoses once they’ve exhausted other treatment avenues, with a median overall survival of about eight months.

Among 47 patients who responded to teclistamab at the most active dose levels, 94 percent remain on teclistamab after a median follow-up 6.5 months, with some ongoing responses up to 21 months in duration.