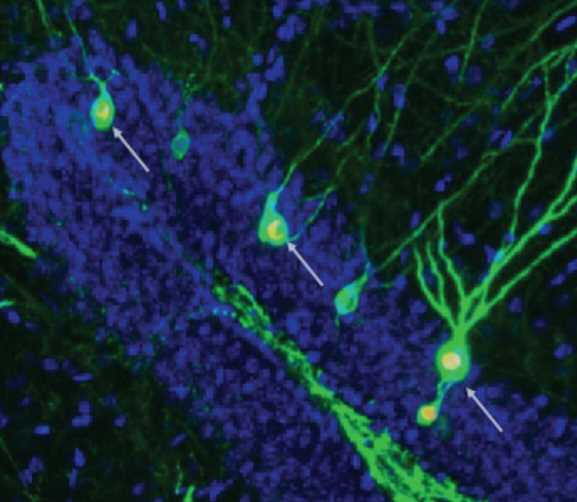 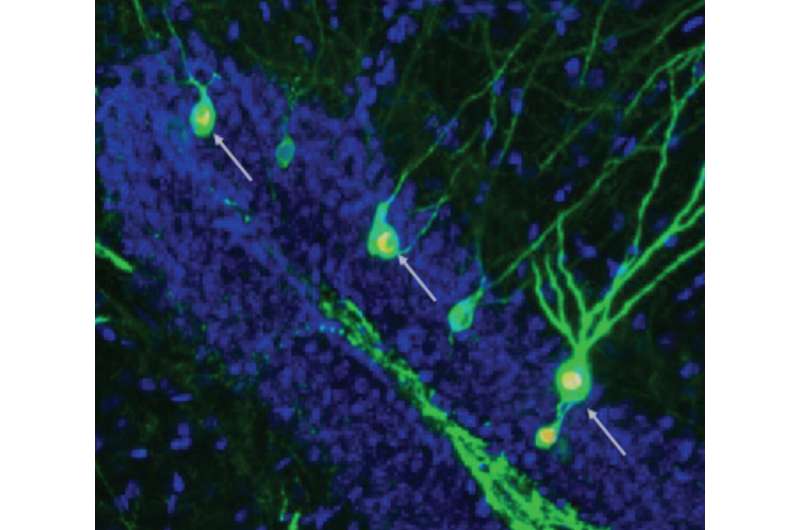 Researchers at the University of Illinois Chicago have discovered that increasing the production of new neurons in mice with Alzheimer’s disease (AD) rescues the animals’ memory defects. The study, to be published August 19 in the Journal of Experimental Medicine, shows that new neurons can incorporate into the neural circuits that store memories and restore their normal function, suggesting that boosting neuron production could be a viable strategy to treat AD patients.

New neurons are produced from neural stem cells via a process known as neurogenesis. Previous studies have shown that neurogenesis is impaired in both AD patients and laboratory mice carrying genetic mutations linked to AD, particularly in a region of the brain called the hippocampus that is crucial for memory acquisition and retrieval.

“However, the role of newly formed neurons in memory formation, and whether defects in neurogenesis contribute to the cognitive impairments associated with AD, is unclear,” says Professor Orly Lazarov of the Department of Anatomy and Cell Biology in the University of Illinois Chicago College of Medicine.

In the new study, Lazarov and colleagues boosted neurogenesis in AD mice by genetically enhancing the survival of neuronal stem cells. The researchers deleted Bax, a gene that plays a major role in neuronal stem cell death, ultimately leading to the maturation of more new neurons. Increasing the production of new neurons in this way restored the animals’ performance in two different tests measuring spatial recognition and contextual memory.

By fluorescently labeling neurons activated during memory acquisition and retrieval, the researchers determined that, in the brains of healthy mice, the neural circuits involved in storing memories include many newly formed neurons alongside older, more mature neurons. These memory-stowing circuits contain fewer new neurons in AD mice, but the integration of newly formed neurons was restored when neurogenesis was increased.

Further analyses of the neurons forming the memory-storing circuits revealed that boosting neurogenesis also increases the number of dendritic spines, which are structures in synapses known to be critical for memory formation, and restores a normal pattern of neuronal gene expression.

Lazarov and colleagues confirmed the importance of newly formed neurons for memory formation by specifically inactivating them in the brains of AD mice. This reversed the benefits of boosting neurogenesis, preventing any improvement in the animals’ memory.