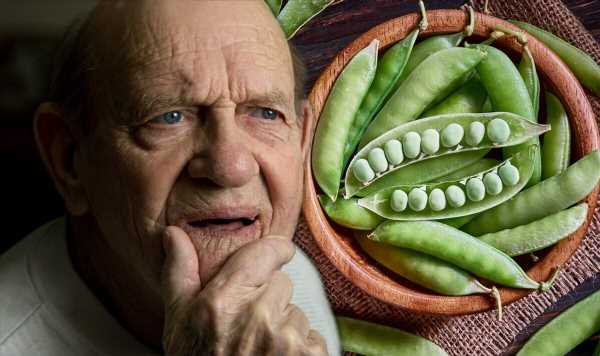 In recent decades, evidence has grown that food can bolster the brain’s defences against disease – but given the immensity of information at our disposal, picking out the best weapons is no easy task. Researchers have recently honed in on a series of antioxidants to study their effects on the brain. According to their findings, three in particular, may slash the risk of both dementia and Alzheimer’s disease across different age groups.

Using data from the National Health and Nutrition Examination Survey, the researchers evaluated the associations and interactions between vitamins A, C and E, and Alzheimer’s Disease and all-cause dementia.

Their results revealed that people with higher levels of antioxidants in their blood may be less likely to develop dementia.

“Antioxidants may help protect the brain from oxidative stress, which can cause cell damage.”

The data showed that lectin and zeaxanthin were found in green, leafy vegetables, such as kale, spinach, broccoli and peas.

Ceta-cryptoxanthin, on the other hand, was found in fruits such as oranges, papaya, tangerines and persimmons.

The study included a sample of 7,283 participants who were required to undergo a physical examination, interview and blood test for antioxidants.

The follow-up period of 16 years allowed researchers to assess how many of the participants developed dementia.

Findings showed that increased levels of antioxidants lutein and zeaxanthin were associated with a reduced risk of dementia in people aged 65 and older.

Increased levels of the antioxidant, however, reduced the risk of cognitive decline in people aged 45 years and older.

However, Doctor Beydoun pointed out: “It’s important to note that the effect of these antioxidants on the risk of dementia was reduced somewhat when we took into account other factors such as education, income, and physical activity, so it’s possible that those factors may help explain the relationship between antioxidant levels and dementia.”

Higher dietary intake of vitamin C and E have historically been hailed as the best weapon against the development of brain decline.

The benefits have been attributed to their ability to shield the brain against oxidative stress.

Oxidative stress plays a central role in the development of neurodegenerative disease.

Previous studies have shown that a high intake of antioxidants may prevent the onset of brain decline by reducing neuronal loss due to oxidative stress.

Omega-3 is another well-known defender against brain diseases.

There is evidence that brain cells with high levels of omega-3 in their membranes are better at communicating with other cells, an important process for brain function.

On the other hand, white foods, such as pasta, cakes, white sugar, white rice and white bread send toxins to the brain, which sets the stage for a build-up of proteins.

This build-up is what subsequently stops the brain cells from functioning properly, and predisposes them to dementia.

Decreasing bad habits like smoking and drinking alcohol are equally necessary for lessening the burden of the disease.