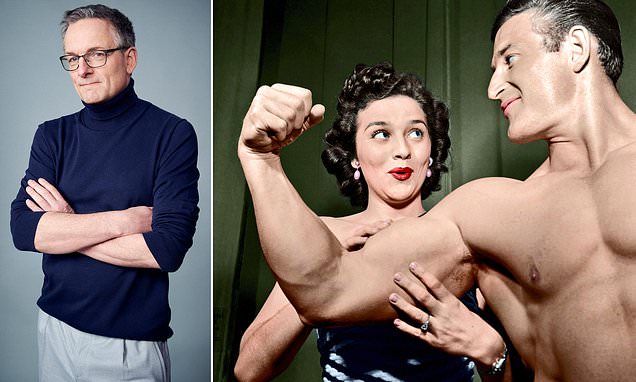 DR MICHAEL MOSLEY: How to build up your biceps…in just three seconds a day! New study claims that’s all it takes to boost your muscle strength

We all know about the importance of doing exercise, but many of us struggle to find the time or motivation.

So what is the least amount you can do and still see appreciable changes? Twenty minutes a day? Ten minutes? One minute? How about three seconds.

Yes, extraordinary as that sounds (and I must admit I was gobsmacked when I first read the research), a recent study has shown that doing just three seconds a day of resistance exercise — that’s exercise where you use your muscles to lift or pull something against resistance, such as weights — can measurably improve strength. 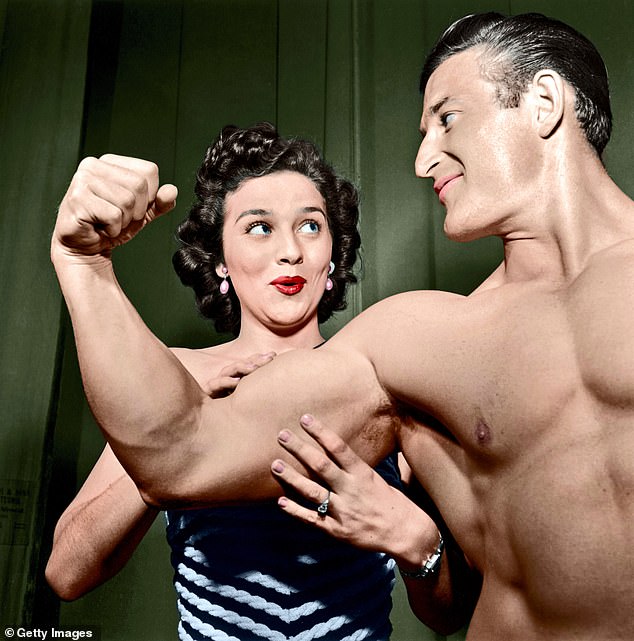 In the study, published last month in the Scandinavian Journal of Medicine & Science in Sports, researchers from Japan and Australia asked 39 healthy volunteers to take part in an unusual exercise regimen, working the bicep muscle in the arm.

They had their arm strength measured at the start of the study, and then again after doing this strange form of resistance exercise for five days a week, for four weeks. They were asked not to do any other form of upper-body exercise.

At the end of the study all three groups were stronger, but the participants with the most impressive improvements were those who’d been asked to slowly lower the lever against resistance.

They improved their arm strength by an average of 10 per cent. And yet they had only done a grand total of one minute of weight lifting over that whole month.

As one of the researchers, Professor Ken Nosaka, a sports scientist at Edith Cowan University in Australia, explained: ‘Many people think you have to spend a lot of time exercising, but it’s not the case. Short, good-quality exercise can still be good for your body and every muscle contraction counts.’

You can achieve the same effect at home using a 5kg weight. Put your elbow on the table, slowly lift it off the surface, then slowly lower. Do that once, then switch over to the other arm. Job done.

The researchers suggest the improvements may be the result of ‘training effect’, in other words your body is getting used to doing that movement, so when your strength is later tested, you push yourself harder.

But it’s also possible that, like other forms of short but intense exercise, something is also happening within the muscle itself. I first came across evidence for the benefits of short bursts of exercise in 2011, while making a documentary with Jamie Timmons, then professor of systems biology at Loughborough University. He introduced me to the joys of something called HIIT — high-intensity interval training.

He said that with just three minutes of intense exercise a week I’d get many of the more important benefits of exercise, and that after four weeks I’d see significant changes in the strength of my lungs and my blood sugar levels.

It seemed wildly unlikely but I went for it — ‘it’ involved sitting on an exercise bike, warming up for a minute, then pedalling like crazy for 20 seconds, against serious resistance (like trying to cycle up a steep hill in a high gear). 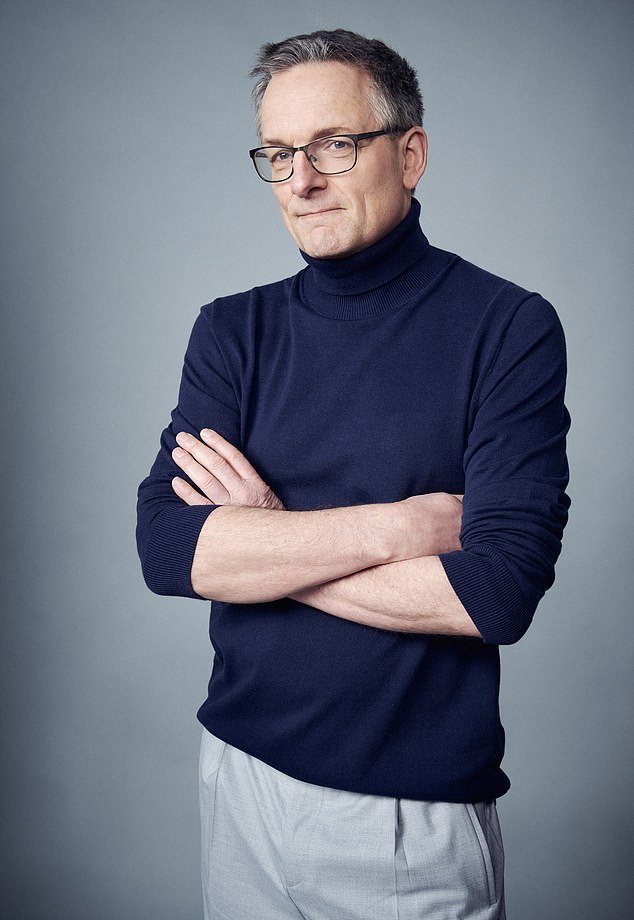 Dr Michael Mosley (pictured) writes: ‘I went for it — ‘it’ involved sitting on an exercise bike, warming up for a minute, then pedalling like crazy for 20 seconds, against serious resistance’

I did this three times a week and the results after a month were impressive: my insulin sensitivity (a measure of how well your body can handle blood sugar) improved by about 25 per cent, while my aerobic fitness (an indication of how strong your heart and lungs are) was 10 per cent better, which was in line with his previous studies.

HIIT has since taken off in gyms and homes nationwide — and, unbelievably, the amount of time you need to do has fallen further.

Professor Niels Vollaard, a sports scientist at Stirling University, has shown similar benefits from doing just two 20-second bursts rather than three. So what is going on?

Professor Vollaard told me that in the first 20-second sprint your body breaks down the sugar stored in your muscles, flooding the muscles with energy. This sets off a cascade of reactions, including the release of ‘signalling molecules’ into your blood.

Your second sprint activates these signalling molecules and helps stimulate the growth of muscle, including heart muscle.

This, in time, leads to big improvements in aerobic fitness.

Studies in Professor Vollaard’s laboratory have shown that doing this ultra-short HIIT workout three times each week can lead to similar improvements as a less vigorous 45-minute workout.

‘With both approaches,’ he told me, ‘you see a 10 per cent improvement in aerobic fitness, which is very worthwhile. The difference is that our HIIT regimen is much more time-efficient.’

If you don’t have an exercise bike with adjustable resistance, you could still do HIIT when cycling by going up a hill (there is a steep hill near our house, so I do a couple of 20-second bursts when going up it with my shopping).

And it doesn’t have to involve cycling — you could try putting in some 20-second sprints when you are jogging or perhaps do a couple of sprints when swimming.

Even just speeding up your walking for short bursts can help. Essentially it’s about challenging yourself, whatever your ability.

Of course, as with any form of exercise, start slowly and if you have doubts about your health, talk to your GP before you begin.

Why you should eat purple tomatoes

As a science geek, I’m a fan of genetically modified foods, although I know some people see them as Frankenfoods.

So it was with interest I read about a purple tomato that may soon be on sale in the U.S. — and once it’s been approved, there is a half-decent chance it will make its way over here.

This tomato was created in 2008 by a team at the John Innes Centre in the UK. It was genetically modified to contain nearly ten times more anthocyanins, compounds with powerful antioxidant effects (and which give reddish-purple fruit and veg their colour). 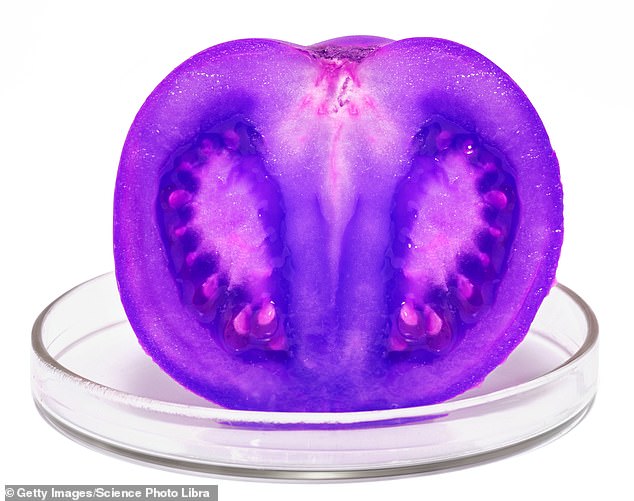 Dr Mosley says a purple tomato ‘was created in 2008 by a team at the John Innes Centre in the UK’. Stock image used

A diet high in anthocyanins can neutralise free radicals, molecules that whizz around the body, damaging cells. Tomatoes with higher levels of anthocyanins should also last longer, so less food waste.

If you prefer your anthocyanins from more conventional sources, there are high concentrations in blueberries, blackcurrants, cranberries, cherries and red cabbage.

Count Dracula is one of my favourite literary villains, feeding on human blood and transforming himself from a little old man with white hair into a younger and much more powerful being.

And this is not pure fantasy: in more recent times researchers have shown that taking blood from young mice and infusing it into older mice really can turn back time.

A few years ago I met Dr Saul Villeda, a biologist at the University of California, who found that when young mouse blood was infused into older mice, they did better in memory tests (such as finding their way through a maze).

Even more impressively, when the brain cells from an elderly mouse were infused with young blood, they started sprouting new connections.

And we now know why, thanks to a recent study from the University of Pittsburgh, which suggests that the magic ingredient may be messenger RNA (mRNA), the same stuff that forms the basis of many of our new Covid vaccines. 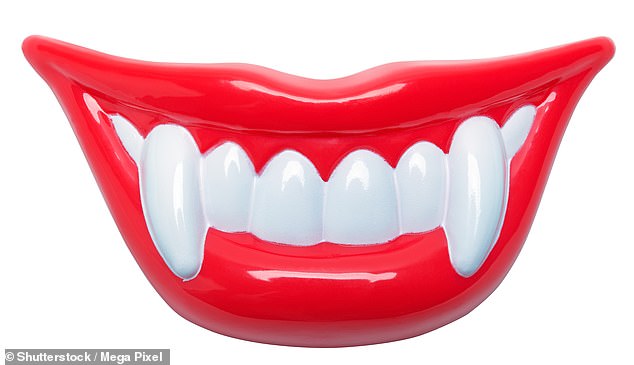 ‘In more recent times researchers have shown that taking blood from young mice and infusing it into older mice really can turn back time,’ Dr Mosley writes. Stock image used

With a vaccine, mRNA instructs your body to produce proteins that resemble the spikes of the Covid virus; this triggers an immune response to protect you against infection.

With elderly mice, it seems the mRNA from the young blood gets into the muscle and brains, instructing them to regenerate.

It’s early days and I won’t be asking my children for their blood any time soon, but these discoveries could lead to new treatments for stroke and dementia.

And it certainly shows that though he wrote Dracula 125 years ago, Bram Stoker really was on to something.