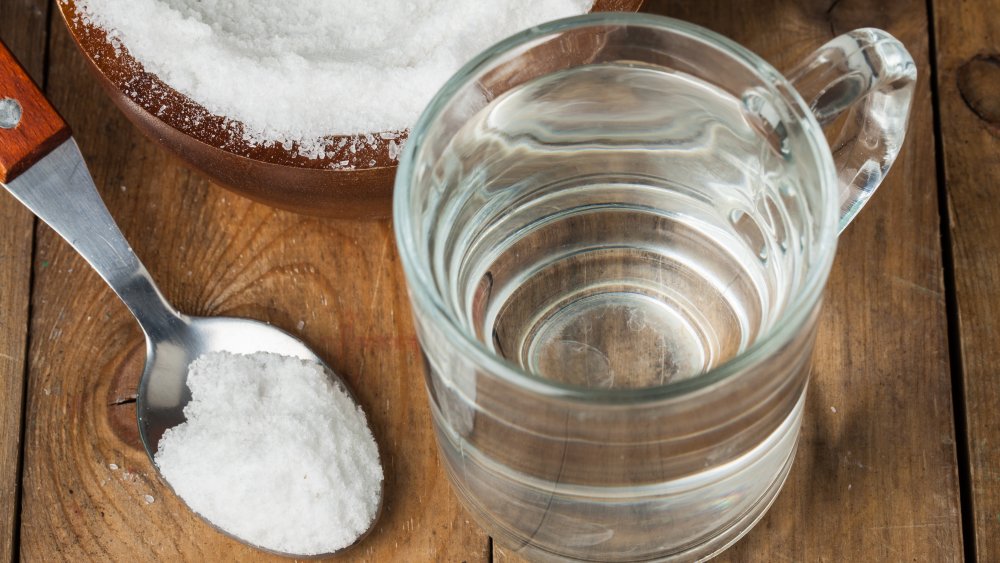 Another day, another magical weight loss claim trending on the internet. Much like the eternal quest to find the Fountain of Youth, it seems we are hardwired to seek out snake oil remedies for weight loss, as well. Deep down, we all know that the best and safest way to lose weight with actual sustainable results is to eat right and exercise (via WebMD). That doesn’t mean we aren’t tempted by grandiose claims of success from something as simple as drinking water with baking soda every morning.

You read that right. Drinking baking soda with water seems to be popular advice touted amongst homeopathic influencers and self-proclaimed weight loss gurus, but according to the actual experts, like Rachele Pojednic, an assistant professor of nutrition at Simmons College, the claims are not backed by any real proof. In an interview with Women’s Health, Pojednic explained, “There would be no physiologic reason [baking soda] would increase weight loss, except perhaps to make a person feel more full, decreasing caloric intake.”

Drinking baking soda does not help you lose weight

According to Healthline, an alkaline diet, one that promotes low acidity levels in the body, has long been considered effective in weight loss, but it’s really just one of those myths that has been lingering through the years without any real science behind it. Ingesting baking soda, or sodium bicarbonate, is the same as taking an antacid when you have indigestion. It neutralizes any excess acid that gets pushed up into the esophagus from the stomach usually caused by eating a really big meal (via Women’s Health).

When you don’t have an upset stomach or heartburn, drinking baking soda has no impact on digestive health and fat metabolism, but it will have a chemical reaction in your stomach that causes carbon dioxide gas to be released. That gas will give you a bloated and full feeling which might temporarily curb hunger and cravings, but after a short time will result in a few good burps and that’s about it (via Healthline).

Other than easing heartburn and giving you gas, drinking baking soda mixed with water is really just increasing your daily intake of fluids, which one way of promoting weight loss. According to a study published in the journal Frontiers in Nutrition, an increase in daily hydration has been shown to reduce hunger, which means consuming fewer calories and improving your metabolism.

Basically, there are better uses for your baking soda.