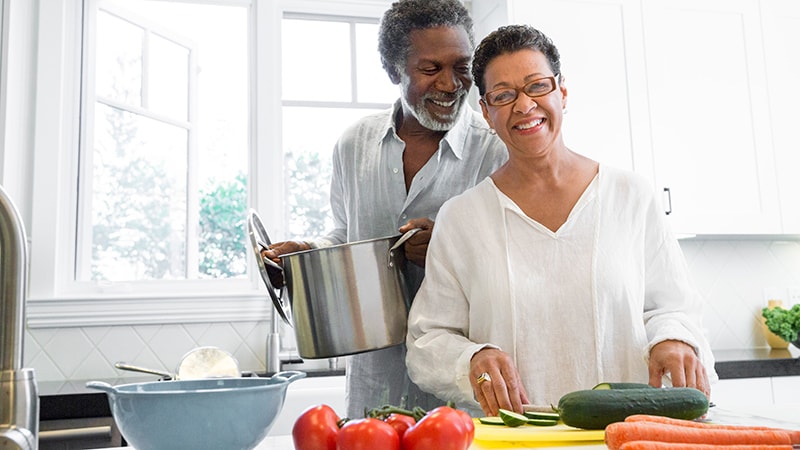 Investigators found that individuals with the APOE ε4 variant who scored high on the American Heart Association’s (AHA ‘s) Life’s Simple 7 (LS7) modifiable health factors had a significantly lower risk of developing dementia in comparison with their counterparts who had lower scores.

“We found even in people with high genetic risk that the higher LS7 score was still associated with lower dementia risk,” study investigator Adrienne Tin, PhD, of the University of Mississippi Medical Center in Jackson, told Medscape Medical News.

The study was published online May 24 in Neurology.

LS7 was originally proposed by the AHA for maintaining cardiovascular health. Previous research shows that adhering to LS7 lifestyle factors also improves brain health, said Tin. However, she noted that the evidence hasn’t been very definitive as to whether a higher LS7 score also is associated with a reduction in risk for patients at high genetic risk for dementia. Tin noted that the LS7 is also recommended for maintaining cardiovascular health.

“We know that individuals with the APOE ε4 genetic variant have a higher risk for dementia. Research hasn’t been very definitive on whether the higher Life’s Simple 7 score will also reduce the risk for dementia among people with high genetic risk.

Since no effective treatments for dementia are available, modifiable risk factors have been the area of focus as potential interventions for disease prevention and management, the investigators note.

To determine whether adherence to the LS7 lowered dementia risk in individuals with a high genetic risk, the researchers examined data from the Atherosclerosis Risk in Communities (ARIC) study. It included 11,561 adult participants whose average age was 54 years at the beginning of the study.

The researchers calculated genetic risk score (GRS) at the start of the study using gnome-wide statistics of Alzheimer’s disease, which have been used to study the genetic risk for dementia.

Incident dementia was determined on the basis of criteria of the National Institute on Aging–Alzheimer’s Association workgroups and the Diagnostic and Statistical Manual of Mental Disorders. The associations of the GRS and LS7 with incident dementia were evaluated using Cox regression.

Among EA individuals, higher LS7 scores were consistently associated with lower risk of dementia across quintiles of GRS, including the highest quintile (HR per point, 0.91; 95% CI, 0.87 – 0.96). Among AA individuals, the associations between LS7 and incident dementia within stratum of GRS had the same direction as among EA persons, though wide confidence intervals and smaller sample sizes limited reliable inferences, the investigators report.

In the US, for example, Blacks have higher risk for dementia, but the higher risk is not attributable to the APOE ε4 variant, “so there may be other factors involved that we haven’t looked into,” she noted.

There is still a lot to do in terms dementia prevention, said Tin. There are other factors involved beyond the ones investigated in this study. She noted that in 2020, The Lancet Commission reported that 12 modifiable factors account for 40% of dementia risk. These include traumatic brain injury, hearing loss in midlife, and social isolation.

“There may be other factors that prevent people from having a higher LS7 score, including healthcare access, access to healthy food, or factors that prevent people from being active,” she said. “It’s also important to understand the biological connection between these factors and the brain. If we can identify the biological connection, then maybe these connections could serve as therapeutic targets.”

Commenting on the findings for Medscape Medical News, Donn Dexter, MD, consultant in neurology at Mayo Clinic Health System in Eau Claire, Wisconsin, and fellow of the American Academy of Neurology, said the study reinforces the value of a healthy lifestyle for brain health.

“We’ve known some of these facts for a long time, but this was a nice, reasonably sized study that had over one quarter of the participants being African Americans, which is a bit more representative of the country’s population.

“It looks at the genetic risks more rigorously than we have before and at both lifestyle factors as well as biometric parameters, such as blood pressure and cholesterol levels, that we can measure in our patients,” he said.

“There have been a number of studies that show the value of exercise for brain health, and we know the MIND diet and Mediterranean diet are important for brain health. The importance of diet is really a key finding that our patients need to know, as well as exercising for over 150 min/week or at least 30 min/day. We also talk to patients about the importance of sleep and good sleep, which wasn’t studied in this paper. But sleep apnea and disturbed sleep are being shown to be a factor in impaired memory.

“The more that [patients] get the message from multiple sources that doing these things reduces your risk of dementia the better, adds Dexter. “We still don’t have good treatments for dementia so the goal would be to prevent it.”

The authors and Dexter report no relevant financial relationships.