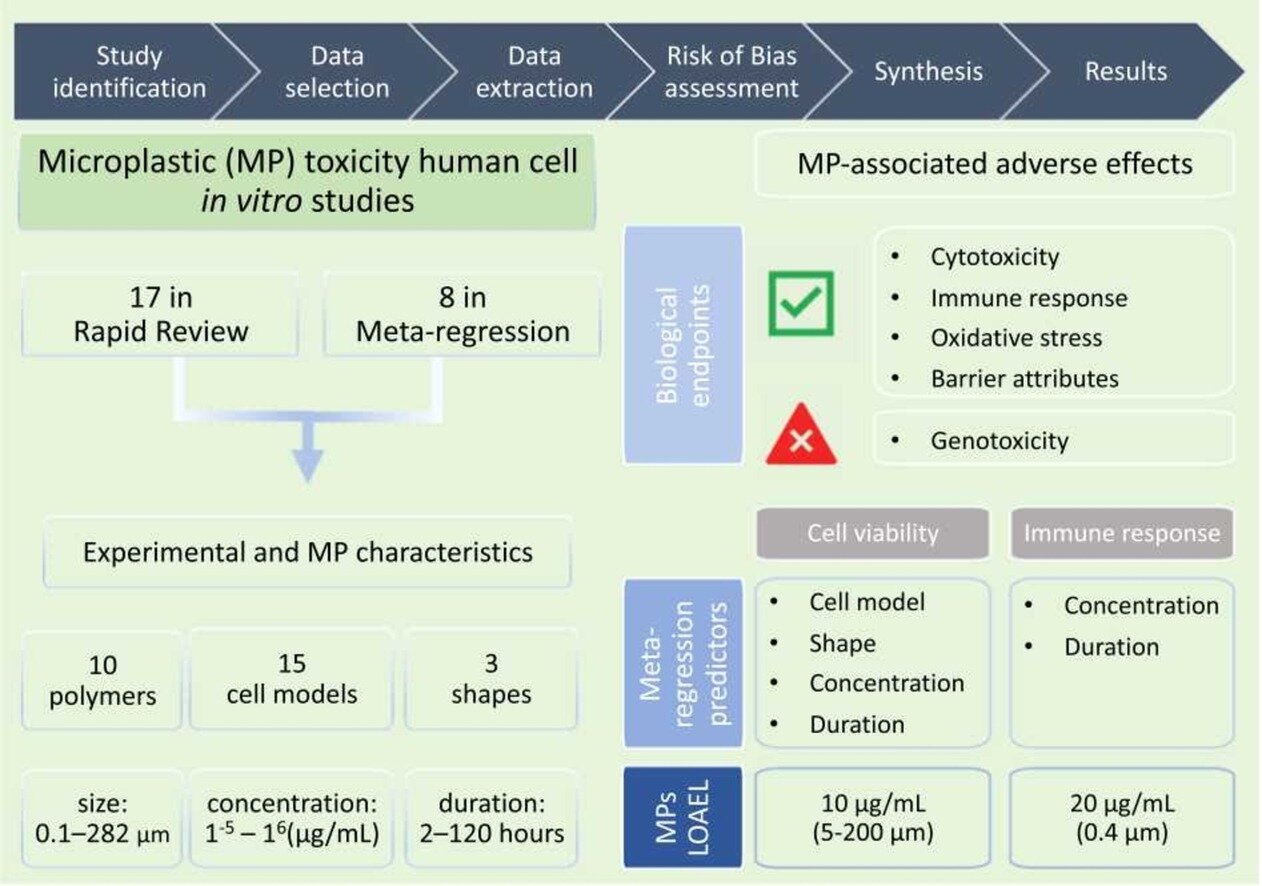 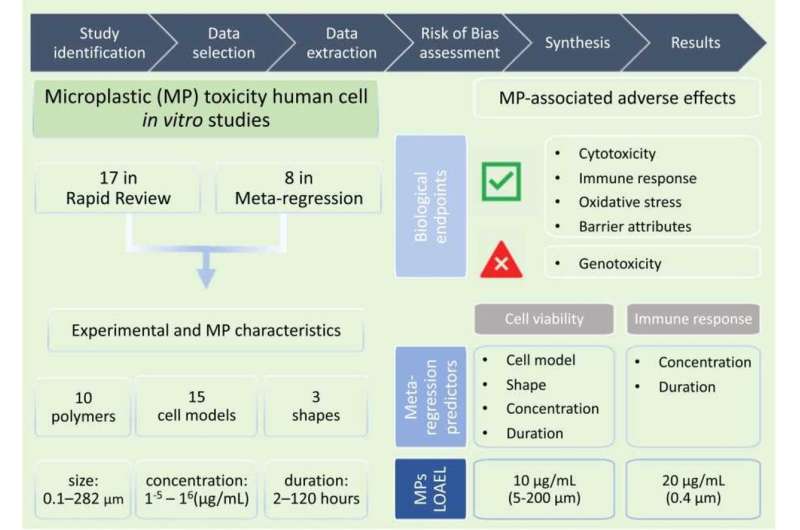 The research—the first of its kind to quantify the levels of microplastics which may lead to harmful effects in human cells—has been led by researchers at the Hull York Medical School and the University of Hull.

Evangelos Danopoulos, lead author and PHD student at Hull York Medical School, said: “This is the first-time scientists have attempted to quantify the effects of the levels of microplastics on human cells using a statistical analysis of the available published studies.

“What we have found is that in toxicology tests, we are seeing reactions including cell death and allergic reactions as potential effects of ingesting or inhaling high levels of microplastics.”

The study compared the concentrations of microplastics that affected cell viability to the concentrations that humans are exposed to by ingesting contaminated food and water using three previous studies by Evangelos Danopoulos and the Human Health and Emerging Environmental Contaminants research group at the University of Hull.

These studies focused on microplastic contamination of drinking water, seafood and table salt and revealed high levels of human exposure to microplastics from consuming these.

The team then compared these levels to the doses that have caused adverse effects on human cells within the toxicology studies.

The toxicology studies reviewed tested for five categories of effects which were: cytotoxicity (cell death/viability); immune responses (including allergic reactions); whether microplastics can affect the cells membranes in any way or cross inside them; the cause of oxidative stress (leads to cell and tissue damage) and genotoxicity (damage genetic information in cells).

The first four were found to be affected by exposure to microplastics at certain levels.

Evangelos Danopoulos added: “Our research shows that we are ingesting microplastics at the levels consistent with harmful effects on cells, which are in many cases the initiating event for health effects. However, the biggest uncertainty at the present time is how ingested microplastics are excreted from the body. This is a crucial point to understand the true level of risk.

“Our analysis of the data showed that cell viability depends on the shape of the microplastics. Irregularly shaped microplastics, which are the majority found in the environment, are more hazardous than spherical.

“So far, most toxicology studies have been testing spherical microplastics. There needs to be a shift to testing irregularly shaped ones.”

Researchers said that although tests have shown effects on cells in toxicology tests, no research is yet available showing what happens to microplastics after they enter the human body.