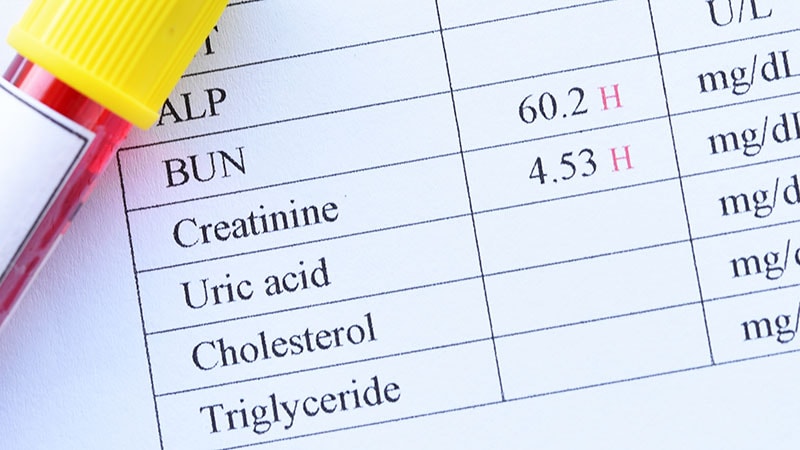 A trip to the cath lab for possible revascularization after a positive stress test, compared with a wait-and-see approach backed by optimal medications, did not improve 5-year survival for patients with advanced chronic kidney disease (CKD) in the ISCHEMIA-CKD trial’s extension study, ISCHEMIA-CKD EXTEND.

The long-term results, from the same 777 patients followed for an average of 2.2 years in the main trial, are consistent with the overall findings of no survival advantage with an initially invasive strategy, compared with one that is initially conservative. The finding applies to patients like those in the trial who had moderate to severe ischemia at stress testing and whose CKD put them in an especially high-risk and little-studied coronary artery disease (CAD) category.

Indeed, in a reflection of that high-risk status, 5-year all-cause mortality reached about 40% and cardiovascular (CV) mortality approached 30%, with no significant differences between patients in the invasive- and conservative-strategy groups.

Those numbers arguably put CKD’s effect on CAD survival in about the same league as an ejection fraction (EF) of 35% or less. For context, all-cause mortality over 3 to 4 years was about 32% in the REVIVED-BCIS2 trial of such patients with ischemic reduced-EF cardiomyopathy, whether or not they were revascularized, observed Sripal Bangalore, MD, MHA.

Yet in ISCHEMIA-CKD EXTEND, “you’re seeing in a group of patients, with largely preserved EF but advanced CKD, a mortality rate close to 40% at 5 years,” said Bangalore, from the New York University Grossman School of Medicine, New York City.

Although the study doesn’t show benefit from the initially invasive approach in CKD patients with stable CAD, for those with acute coronary syndromes (ACS), it seems to suggest that “at least the invasive strategy is safe,” Bangalore said during a press conference preceding his presentation of the study August 29 at the European Society of Cardiology Congress 2022, held in Barcelona, Spain.

REVIVED-BCIS2 was also presented at the ESC sessions, on August 27, as reported by theheart.org | Medscape Cardiology.

ISCHEMIA-CKD EXTEND “is a large trial and a very well-done trial. The results are robust, and they should influence clinical practice,” Deepak L. Bhatt, MD, MPH, Brigham and Women’s Hospital Heart & Vascular Center, Boston, said as the invited discussant after Bangalore’s presentation.

“The main message here, really, is don’t just go looking for ischemia, at least with the modalities used in this trial, in your CKD patients as a routine practice, and then try to stomp out that ischemia with revascularization,” Bhatt said. “The right thing to do in these high-risk patients is to focus on lifestyle modification and intensive medical therapy.”

A caveat, he said, is that the trial’s results don’t apply to the types of patients excluded from it, including those with recent ACS and those who are highly symptomatic or have an EF of less than 35%.

At a median follow-up of 5 years in extension study, the rates of death from any cause were 40.6% for patients in the invasive-strategy group and 37.4% for those in the conservative-strategy group. That yielded a hazard ratio (HR) of 1.12 (95% CI, 0.89 – 1.41; P = .32) after adjustment for age, sex, diabetes status, EF, dialysis status, and — for patients not on dialysis — baseline estimated glomerular filtration rate.

In subgroup analyses, Bangalore reported, there were no significant differences in all-cause or CV mortality by diabetes status, by severity of baseline ischemia, or by whether the patient had recently experienced new or more frequent angina at study entry, was on guideline-directed medical therapy at baseline, or was on dialysis.

Among the contributions of ISCHEMIA-CKD and its 5-year extension study, Bangalore told theheart.org | Medscape Cardiology, is that the relative safety of revascularization they showed may help to counter “renalism,” that is, the aversion to invasive intervention in patients with advanced CKD in clinical practice.

For example, if a patient with advanced CKD presents with an acute myocardial infarction, “people are hesitant to take them to the cath lab,” Bangalore said. But “if you follow protocols, if you follow strategies to minimize the risk, you can safely go ahead and do it.”

But in patients with stable CAD, as the ISCHEMIA-CKD studies show, “routinely revascularizing them may not have significant benefits.”

ISCHEMIC-CKD and its extension study were funded by the National Heart, Lung, and Blood Institute (NHLBI). Bangalore discloses receiving research grants from NHLBI and serving as a consultant for Abbott Vascular, Biotronik, Boston Scientific, Amgen, Pfizer, Merck, and Reata. Bhatt has disclosed grants and/or personal fees from many companies; personal fees from WebMD and other publications or organizations; and having other relationships with Medscape Cardiology and other publications or organizations.