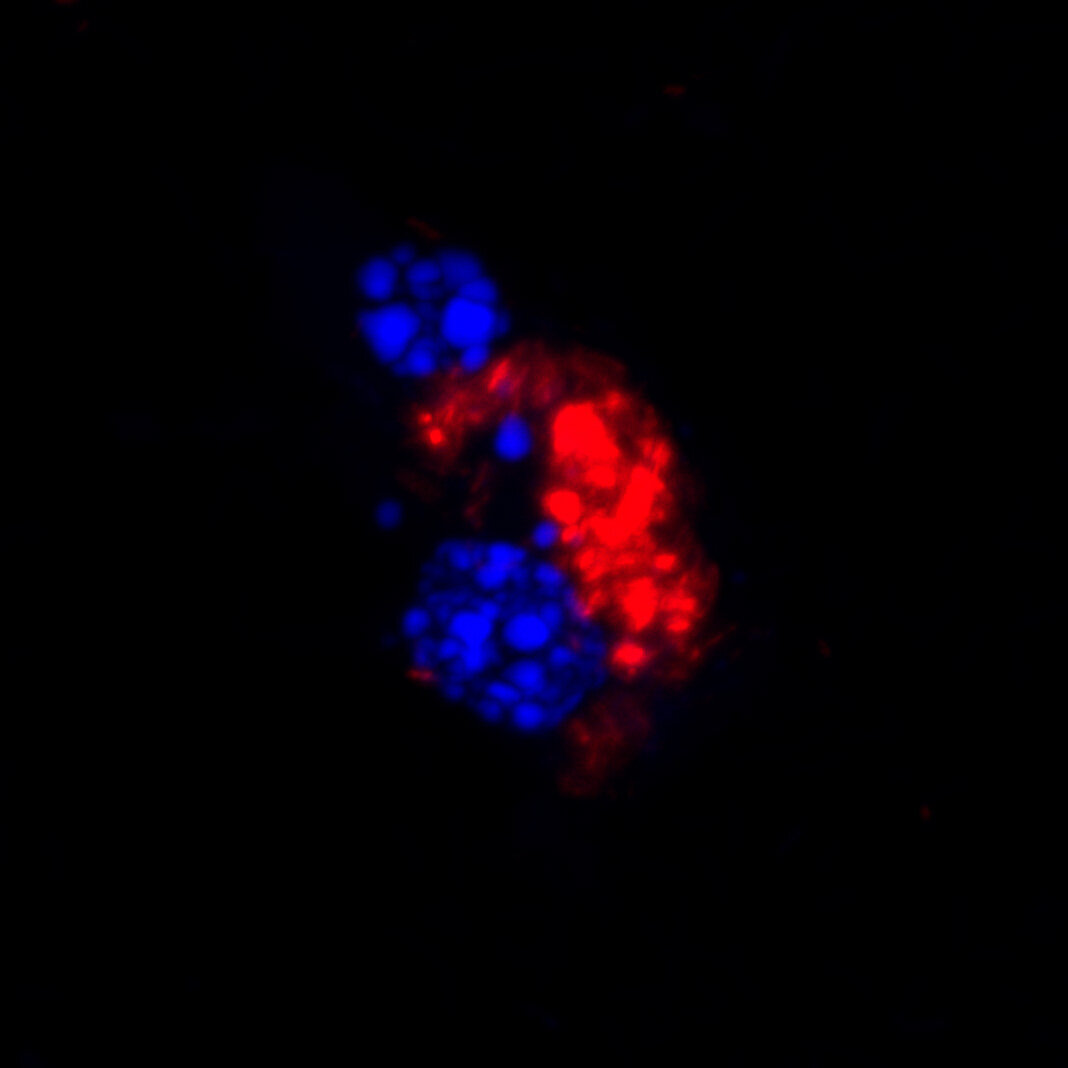 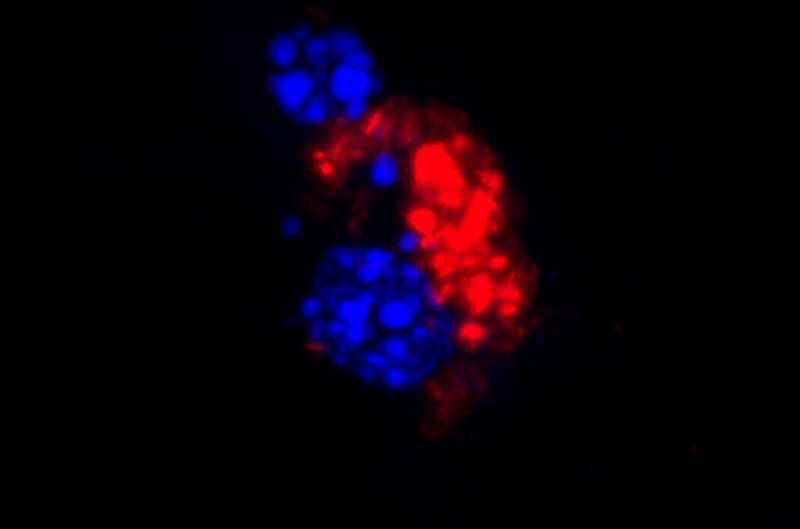 A research team at Colorado State University has discovered that drugs used to treat malaria are also effective at treating a pulmonary disease similar to tuberculosis.

Their findings were featured on the cover of the Feb. 23 issue of Science Translational Medicine.

The study is a significant development in the fight against infections caused by non-tuberculous mycobacteria, or NTM, which are now more common than tuberculosis in the United States and often attack people who have a weakened immune system or preexisting conditions like chronic obstructive pulmonary disease or cystic fibrosis.

“There are currently very few antibiotics available to treat NTM infections, and some patients fail to respond to any treatment,” said Professor Mary Jackson of CSU’s Department of Microbiology, Immunology and Pathology, one of the lead authors. “The perspective that antimalarial drugs that already have undergone advanced clinical trials may become part of the arsenal of drugs available to fight these infections could have an immediate impact in the clinic.”

The research, which was led by Jackson and lead author Juan Manuel Belardinelli, a research scientist in CSU’s Department of Microbiology, Immunology and Pathology, targeted an NTM known as Mycobacterium abscessus. Few drugs are effective against this mycobacterium, and the ones that are tend to be toxic and cause bad side effects, Jackson said. 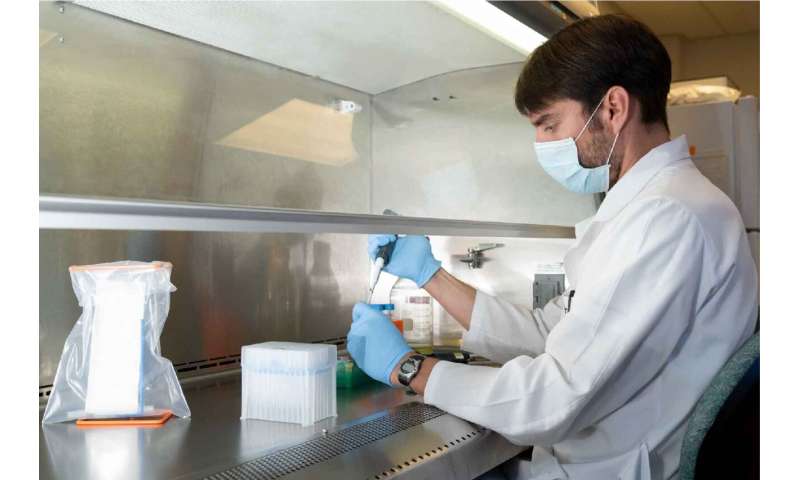 Jackson and Belardinelli worked with other members of CSU’s Mycobacteria Research Laboratories to target one of the key defense mechanisms that this mycobacterium deploys to fight off our immune system and antibiotics.

The researchers believe that the bacterium is capable of sensing and responding to threats in its environment, such as lowered oxygen levels, oxidative stress and acidic pH, which are our body’s natural ways of fighting disease. It does so by activating, among other things, a regulator known as DosRS which controls many essential functions in the bacterium such as its respiration, ability to form biofilms and ability to enter a dormant state when the conditions are not favorable to bacterial multiplication.

They found that in mice, two existing antimalarial drugs were able to prevent DosRS from responding to stresses, meaning that the bacterium struggled to fight off antibiotics and the immune system’s natural disease response.

“It blocked the regulator and kept it from doing its job,” Jackson explained. “One of the things the treatment did, in particular, was to lower the bacterium’s ability to form biofilms, thereby reducing its ability to resist killing by antibiotics.”

The treatment alone was just as effective at dropping bacterial loads in the lungs as the combination of antibiotics currently used to treat the disease. 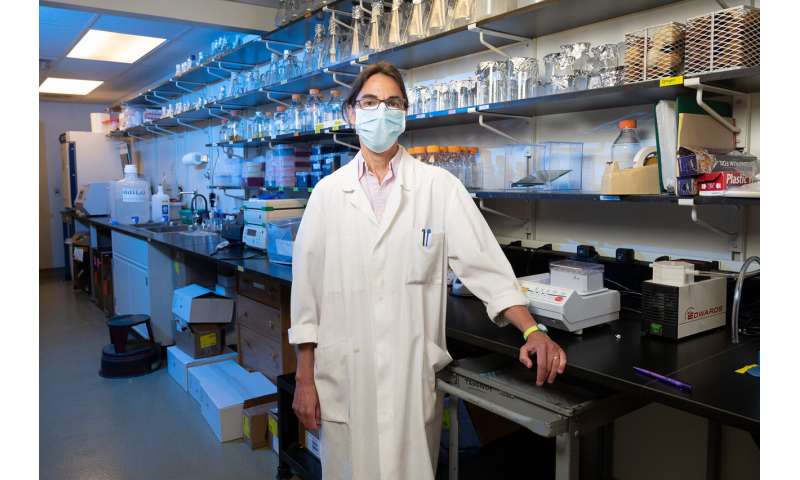 The lead authors are now working with doctors at National Jewish Health to administer the drug that proved most effective—OZ439—to humans, particularly those with cystic fibrosis.

“Treatment of M. abscessus is especially challenging because a minimum of three to four antibiotics are needed in combination, and there are few available options,” said Dr. Jerry Nick, a pulmonologist at National Jewish Health. “The repurposing of antibiotics developed for other infections for use in the treatment of M. abscessus has proven to be the most successful route to increasing available therapies for this serious disease. This report is especially exciting because these compounds were both effective against the infection and also increased the effectiveness of other antibiotics. The repurposing strategy reduces the time needed to test these compounds in clinical trials, as often there is a proven track record of safety and clinical experience.”

Jackson said their findings were a pleasant surprise, though additional research will be needed to see how this compound works in human lungs.

One of their co-authors on the journal article, Associate Professor Robert Abramovitch of Michigan State University, is currently studying how effective the approach is in fighting tuberculosis. Another co-author, CSU graduate student Camron Pearce, used a fluorescence microscope to capture the image of the mycobacterium that appeared on the journal’s cover.