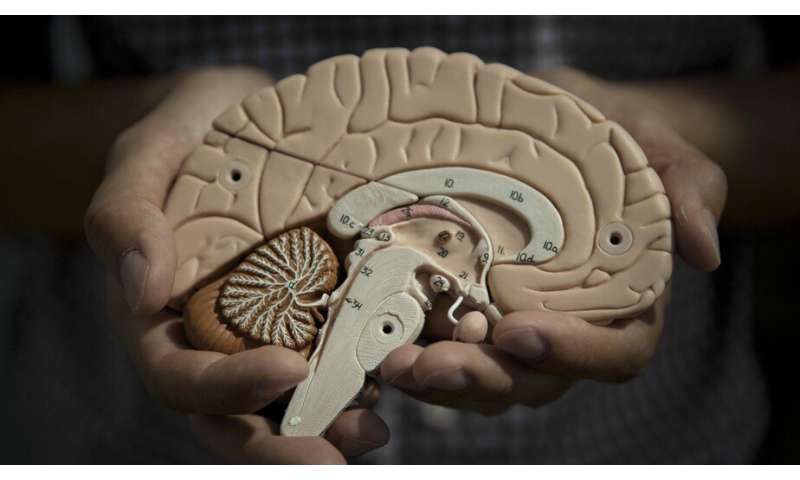 In the Medical Image Processing Lab, Dimitri Van De Ville and Thomas Bolton have studied the impact that computational imaging has on cognitive and clinical neuroscience by reviewing more than one hundred articles.

How are human behavior and brain activity linked? That question has been eating away at Thomas Bolton ever since he started his Ph.D. To try and find the answer, he has reviewed and summarized the most recent scientific studies into how the data from functional magnetic resonance imaging (fMRI) – a technique for monitoring the activity of the entire brain over time—are analyzed. In addition to the lessons learned from his thesis, the Ph.D. student was able to draw on the clinical and technical know-how of his colleagues Elenor Morgenroth and Maria Giulia Preti.

“Our aim was to see where things stand now and suggest avenues for future research,” says Bolton. “We wanted to pierce the mystery that shrouds cutting-edge analytical techniques and show how they characterize the various aspects of human behavior.” The resulting article has been published in Trends in Neurosciences.

Bridging the gap between science and users

Bolton, together with Professor Dimitri Van De Ville, reviewed the most recent literature on brain imaging and came up with an original, consensus-based summary for the neuroscience community. “Most new approaches are based on signal processing, machine learning or network modeling,” says Van De Ville. “We have to bridge the gap between these types of data science and current and future users, who may be neuroscientists or clinicians. Researchers are increasingly looking at more subtle human behaviors that change over time, such as emotions. That involves using techniques that can show coherent and spatially distributed fluctuations in brain activity.” Bolton adds: “Rather than expanding on the complex math inherent in the methods described in the articles, we focused on making them understandable.”

The two researchers from EPFL’s School of Engineering made several important findings. They discovered that researchers don’t always get equivalent results from similar data. That’s because complex analyses often lead to ambiguous conclusions. As Van De Ville puts it: “You can use several different techniques to answer similar questions. And those techniques are so complex that the hypotheses can become hidden, which makes studies difficult to compare. The data and applications are often made public, but the underlying techniques need to be more understood.”

Alertness, for instance, is linked to a number of aspects of our behavior and causes widespread fluctuations in brain activity. This doesn’t show up at all with some techniques but can clearly affect the results of others. “So that’s why we sometimes end up with very different findings,” explains Van De Ville. Bolton says: “We hope that in the future, researchers will work more collaboratively and take a more comparative approach. If we’re more consistent in selecting data analysis techniques, it’ll be easier to understand the differences between studies.”

Picking out trees in a forest

Their study also sheds light on the lack of causal approaches. “It’s hard to stimulate or modulate brain activity in humans, so studies still tend to be correlational,” says Bolton. But, according to Van de Ville, “We can now characterize some changes in behavior—like those linked to depression or autism, for instance—based on brain activation, which makes it possible to verify hypotheses about our brain’s overall functioning. It’s a long road, but we’re moving forward one tiny step at a time.”