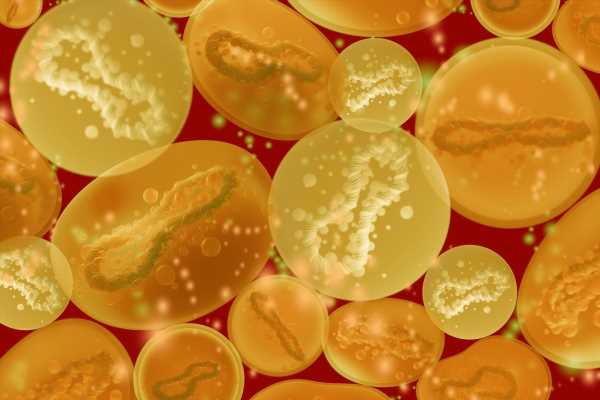 The current outbreak of monkeypox in non-endemic areas of the world underlines the potential for zoonotic diseases to spread globally. Of particular concern is the exposure that happens in metropolitan areas, where population density, public transport and frequent public events act together to increase the risk of contact with infected individuals.

A new preprint posted to the medRxiv* preprint server discusses the possible patterns of spread, and strategies to contain such transmission.

First identified in a laboratory monkey in 1958, monkeypox shot into the news when it began to be detected in clusters of cases around the world, on a larger scale than ever before. Mostly reported among men who have sex with men (MSM), the current outbreak differs in many ways from earlier smaller epidemics, both in its worldwide reach and the strong indications that asymptomatic spread is occurring in the communities involved.

The symptoms of monkeypox resemble those of smallpox, with an initial prodromal stage comprising fever, chills, exhaustion, headache and weakness. In the second, rashes occur over the face and body, often inside the mouth, as well as on the palms and soles.

In some cases, the infection becomes severe and even fatal. Up to a tenth of patients succumb to the infection in African outbreaks.

Animals are the reservoirs of this virus, and infections can spread from animal hosts, humans or environmental sources. Saliva and other bodily fluids contain the infectious virus. Healthcare and laboratory workers are at higher risk, as they are being exposed to infectious patients very frequently.

Interestingly, the overwhelming preponderance of cases in the present outbreaks identify as gay, bisexual or MSM (gbMSM). Some scientists attribute this to a mutation that favors transmission, and that has spread rapidly and widely via direct skin contact or sexual intercourse among this closely linked community. Airborne transmission is another dangerous possibility.

Animals may spread the infection to other animals or to humans, and human infections may spill back into animals. With seasonal increases in animal populations, the risk to humans may correspondingly increase.

In an attempt to understand how monkeypox could spread in a big city, the authors of the current study built a dynamic model for animal-animal-human spread. Low-risk and high-risk groups (LRG and HRG, respectively) were identified, the latter comprising gbMSM with more than one intimate partner.

The results of running this model showed that monkeypox can easily spread by human-human transmission if public health controls are neglected, up to 100 new infections could happen per day, with 2% being within the HRG. With the isolation of two out of three cases, transmission can be brought down to a very low level.

Even with successful isolation of 65% of infections, the case count will be 100 per 100,000 in the LRG, unless 60% of contacts, especially close contacts of HRG patients with a rash, are also traced alongside.  Contact tracing in the HRG is more efficient than in the LRG. This will also flatten the curve, delaying the peak of the outbreak. This indicates an efficient transmission control strategy.

The situation could worsen if the transmission from animals to humans also occurs, because, even though the case count may go down, fresh cases could still arise even after the isolation of contacts of patients diagnosed following the appearance of a rash. If transmission-enhancing mutations occur, or novel environmental interactions boost viral spread, the case count could be still higher.

In such a case, the epidemic peak could be earlier, with more than one wave of infection, due to repeated animal-human transmission. This will call for additional measures, including contact tracing, surveillance of animals for infection, and infection control strategies among these animals. If these are implemented, the prevalence of the infection can be kept low.

Seasonal variation in the number and activity cycle of animal hosts is closely linked to the transmission risk, which means that the monkeypox incidence in animals will need to be monitored as well.

Importantly, the size of the HRG (gbMSM) modulates the risk to the general population. If the former comprises 2-3% of the whole population, cases will increase much later than if the HRG size increases to double this proportion. The latter scenario will result in peaking much earlier.

The model seems to show that in HRG, without intervention, the chances of a monkeypox outbreak are high, especially if the transmission in this group is enhanced. This could make the self-isolation of symptomatic cases a useless measure, necessitating the use of contact tracing and case detection to prevent the infection from crossing over to the general population.

The higher the percentage of gbMSM in the community, the greater the risk of community spread, and the stricter the measures required. Education of the public, contact tracing among gbMSM, and focusing on vaccination of this group initially, are all important steps, even though they also entail turning the spotlight on this group.

At present, the situation is not a global health emergency.

However, our take home message is that the public health administration should be on high alert and take a more aggressive public health response when local emerging cases start, just like what the US CDC is doing to activate emergency operation centres for MPX response.”