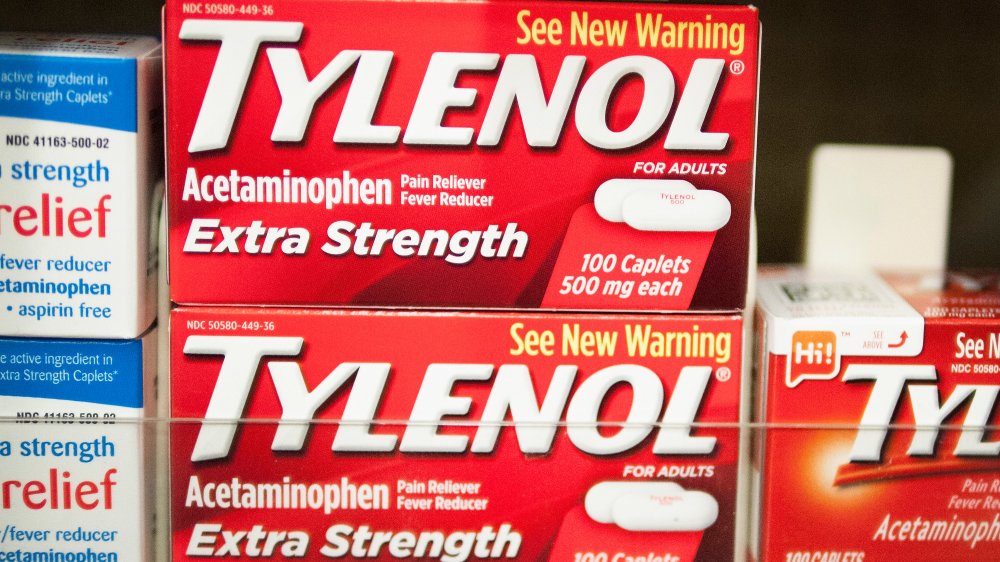 Taking acetaminophen (aka Tylenol) every day might not seem like a big deal. After all it’s available over-the-counter at every drugstore in the country and is the most commonly used pain reliever in the world. It’s also widely considered safer than alternatives like aspirin or ibuprofen (via WebMD). But, in large doses or when used daily over a long period of time, this helpful drug could do some serious damage to your body, starting with your liver and kidneys (via HealthDay).

But that’s not the end of it. Research also found links between long-term use of acetaminophen and other serious health concerns, from heart attacks to strokes and high blood pressure. The result of these risks could potentially increase a person’s risk of early death by up to 60 percent.

So, what really happens in your body if you take acetaminophen every day, and what’s the safest way to take it?

Taking acetaminophen every day can harm your liver

The first thing to think about is just how much acetaminophen you’re taking. According to Harvard Health Publishing, tens of thousands of Americans are hospitalized for liver issues caused by acetaminophen each year and half of those were accidental. That’s why it’s so vital never to exceed the recommended daily dose. And even then, just using the maximum recommended dose every day could cause toxicity in your liver, since a byproduct of its breakdown in the body called NAPQI will build up in the liver and damage its cells (via National Library of Medicine).

To avoid causing liver issues, it’s important to follow dosage instructions from your doctor. And always contact a medical professional if you feel like you need pain relief every day for more than a week. In fact, the warning on the drug label cautions: “Do not use for more than 10 days for pain unless directed by a doctor,” or “for more than 3 days for fever unless directed by a doctor” and to “ask a doctor before use if you have liver disease” (via FDA).

Taking acetaminophen every day affects your kidneys and stomach

Liver disease isn’t the only reason you should think twice about using acetaminophen for chronic pain. According to the National Institute for Health and Care Excellence, there is little to no evidence that it even improved the pain over the course of long-term use. While the World Health Organization lists it as an essential medicine for pain relief, heavy use of acetaminophen over time has been linked to more than just liver issues, from kidney disease to bleeding in the digestive tract.

According to The New England Journal of Medicine, people who take more than 366 acetaminophen pills per year have a higher risk of end stage renal disease, whereas those who take aspirin regularly do not. Meanwhile, according to the National Center for Biotechnology Information, oral use of acetaminophen at doses greater than 2 grams are associated with a twofold increased risk of gastrointestinal complications. This is why, before you decide to take any pain medication regularly, it’s important to get the input of your doctor.

The safest way to take acetaminophen

So, how can you take acetaminophen in a way that isn’t harmful? According to the American Addiction Centers, 1,000 milligrams at a single time, and no more than 4,000 milligrams over the course of a 24-hour period. And in practice, you should probably be taking much less unless your doctor indicates otherwise. The normal therapeutic dose is between 325 and  625 milligrams (via FDA).

Of course, there are other factors that can determine how serious the effects of long-term acetaminophen use on your body will be, including your alcohol consumption and the overall health of your liver. The FDA recommends not drinking more than three alcoholic drinks if planning to take acetaminophen, not taking multiple medications that contain acetaminophen at the same time, and not taking more than directed by your doctor. Also, be aware of potential drug interactions, especially with blood-thinners, and medications for epilepsy and tuberculosis (via NHS).