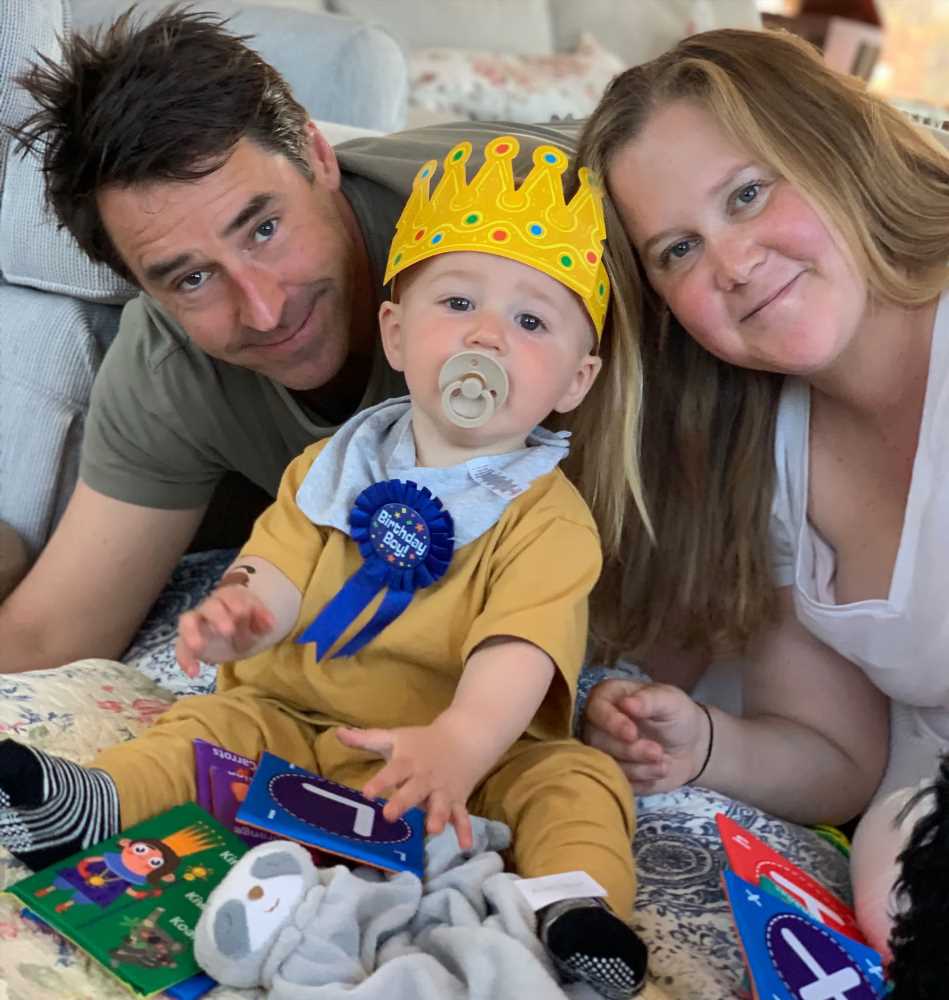 Amy Schumer knows how challenging it can be to push through the pain while pregnant.

In this week’s Sunday Today with Willie Geist, the mother of one, 39, reflected on how challenging it was to perform standup throughout her pregnancy, during which she struggled with hyperemesis gravidarum, or severe morning sickness.

“It was really really hard,” said the actress and comedian, who was on tour for months while she was pregnant with son Gene David before she was forced to cancel the remaining dates as pregnancy complications left her too ill to keep traveling.

“Going on stage and doing a show like that, even though it’s physical and everyone's looking at you, it’s still my job,” she explained. “If you’re a teacher, or a nurse, or anything — if you are really sick and you're pregnant and you still have to work, no one gives you any leeway. They really don’t.” During the conversation, Schumer also revealed that although “life is so much more beautiful” since welcoming her son, being pregnant again is not in the cards for her.

“We did IVF and IVF was really tough on me. I don't think I could ever do IVF again,” said Schumer, who previously told fans that she secured at least one embryo following their first round.

"I decided that I can't be pregnant ever again,” she added, noting that while she and her husband Chris Fischer have “thought about a surrogate,” they won’t be expanding their family in the near future. “I think we’re going to hold off for right now.”

For now, Schumer is focusing on enjoying all the time she has to spend with her family at home.

“We’re all feeling a lot of grief but I’ve had some precious time with my family,” she said, adding that being at home all the time hasn’t been as hard as she initially thought.

“Chris and I were talking about it, we haven't been apart for even a night, a dinner, for so long," she said. "But it is not as hard as I thought it was gonna be. I like staying home a lot. I like also not seeing anyone at all. You know, it’s like hmm maybe, I’ll live like this forever.”