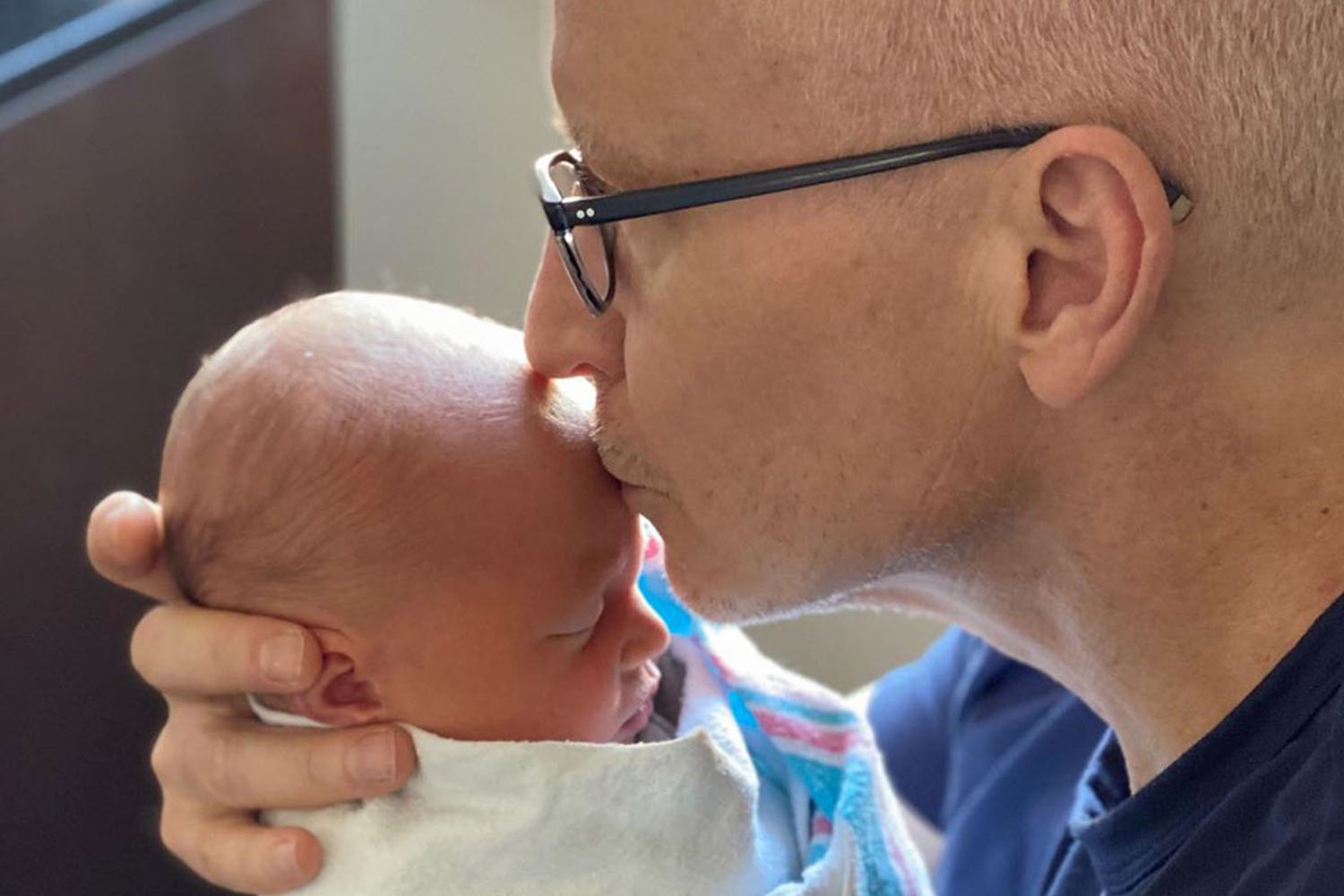 Anderson Cooper is opening up about co-parenting his son, Wyatt Morgan, whom he welcomed in late April via surrogate.

Cooper, 52, joined Howard Stern on SiriusXM’s The Howard Stern Show Tuesday, and shared that his close circle of friends have become his family — especially his ex Benjamin Maisani, whom the CNN host dated for a decade and who will help Cooper raise Wyatt.

"Don't you want a clean break from this guy? I mean this was a guy, you were in love, you had a close relationship, why have him involved?" Stern, 66, asked.

"I don't really have a family, and so my friends become my family," Cooper said. "This is somebody I was involved with for 10 years, he's a great guy."

Cooper explained that he believes the more positive role models in Wyatt's life, the better.

"We didn't work out as a couple, but … when I was a little kid, it was just my mom and my brother, but it was my mom — she was not the most parental person and I wish some adult after my dad died had stepped in and just been like, 'You know what, I'll take you to a ball game,' " he said.

"Or, 'Let's go out to lunch every now and then, and let's just talk.' You know, no one ever did that and so I thought, well if something happens to me or even if something doesn't happen to me, if more people love my son and are in his life, I'm all for that. You know, my ex is a great guy, and I think it's good to have two parents if you can." Cooper previously revealed that he and Maisani — who split in 2018 — would be co-parenting Wyatt during an appearance on The Late Show. Both he and Maisani were in the delivery room for Wyatt's birth, which was an emotional experience as it came less than a year after the death of his mother, Gloria Vanderbilt.

"In the course of one year, just on a personal basis, to have experienced the loss of her life and to have been there with her when she breathed her last breath and to witness that and to be holding her at that time, and then to suddenly … be in a delivery room with this amazing surrogate and her husband and my former partner Benjamin … and to see a new human being come into existence, which I'd never seen in person before, it was just extraordinary," Cooper told host Stephen Colbert.

"[Benjamin is] going to be a co-parent to Wyatt, even though we're not together anymore, but, you know, he's my family and I want him to be Wyatt's family, as well," he added.