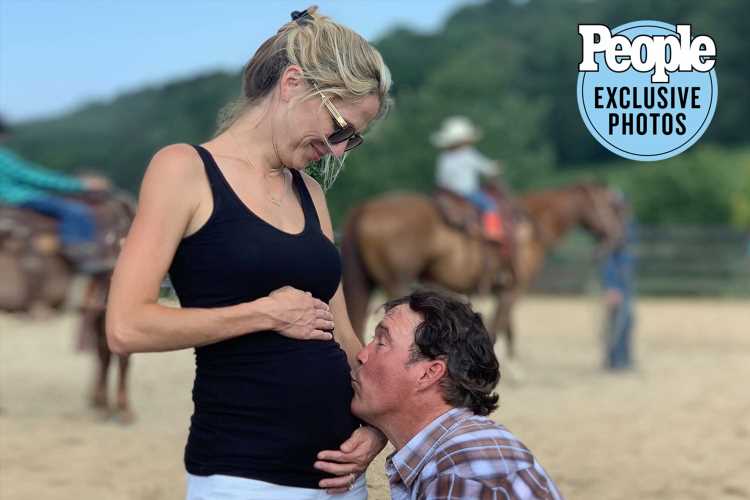 Clay Walker Talks Multiple Sclerosis Journey and Coronavirus Fears: "You Look It in the Face"

Walker, who was diagnosed with multiple sclerosis (MS) back in 1996, previously chatted with PEOPLE this past April about his disease and how his doctor "basically told me that having MS means that my mortality rate, if I did in fact contract COVID-19, would be twice that of a normal person. "

But "things are going great with MS" says the "Easy Goin' " singer now, explaining that he had a "surprise attack" last year — his first in two decades, which "threw [him] for a loop" and lasted about five months, during which he "couldn't feel anything below [his] neck."

"There were a lot of moments where I couldn't walk. Jess and I got through that, and it was the first time we'd ever had a struggle like that together," says Walker, who is starting a twice-annual medication this month called Ocrevus to help manage his condition. "A lot of people are scared of [medication], but I can tell you there's no way that I won't be on medication after [the attack]."

Walker, who also counts "If I Could Make a Living" and "Live Until I Die" among his No. 1 singles, just signed a record deal with Show Dog-Universal Music, and has a new song coming out on Aug. 21. Titled "We All Need a Bar Sometimes," the tune is one Walker jokes he's confident will "get some traction" given the current climate. He's also hoping to tour in the summer or fall of 2021, depending on when he can do so safely.

"We're all about keeping our fans safe and keeping our family and keeping our organization safe," he says. "This has not been easy on anybody — especially not the fans. The fans want to get out there and hear their favorite artists, hear their songs, and believe me, nobody wants to do it more than we want to do it."