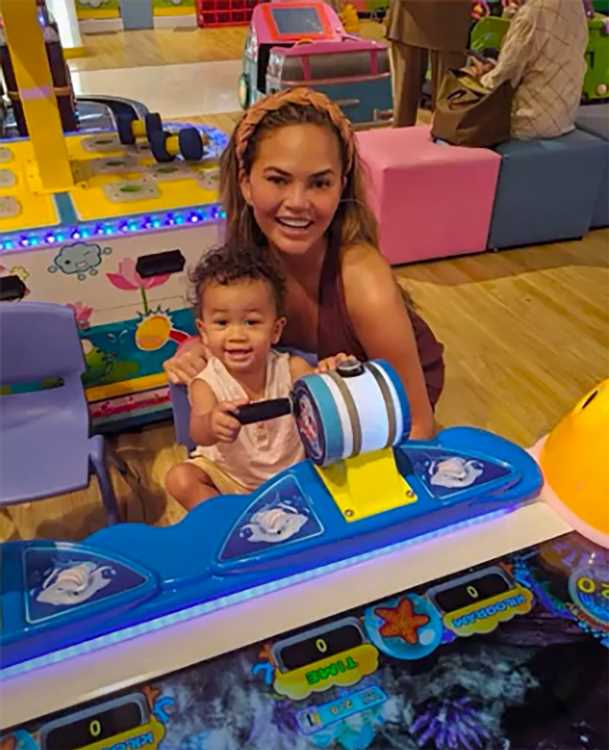 Miles Theodore's cuteness will not let up — and we're not complaining.

Chrissy Teigen and John Legend's 2-year-old son is already practicing for the 2036 presidential election, as seen in an adorable video his proud mama shared to her Twitter feed late Thursday night.

In the brief bit of footage, Miles shouts, "I voted!" as he drops a slip of paper into a bright yellow makeshift ballot box that reads, "VOTE" on the front and is decorated with stars.

Teigen and Legend's daughter Luna Simone, 4½, got in on the spirit of the election too, pretending to be a news anchor alongside her mom in a video the model and cookbook author tweeted out Tuesday night as the first results rolled in for the race between President Donald Trump and former Vice President Joe Biden.

"Hello, I'm Chrissy Teigen," Teigen said before her older child jumped in with, "And I'm Luna, and I'm in the news."

"And we are in the news. So Luna, what's the news today?" Teigen asked her daughter, to which Luna responded, "Nothing!"

"Nothing is in the news," Teigen said as Legend, 41, could be heard laughing from behind the camera. "What should we talk about?"

"Nothing!" Luna said again. Replied Teigen, "Nothing! Thanks for watching!" before the two bid their viewers farewell.

Since Teigen's return to social media after suffering a pregnancy loss in September, she has been giving fans glimpses into her daily life — which in the past week has included dressing up for Halloween and campaigning with Legend for Biden, 77.

"Nooooo noooo too maaaaach cute too machhhh!!!!" wrote Teigen in the caption of an adorable new photo of Miles. In a comment, she added, "Our entire household cannot stop saying TOO MAAAAACH we can't stop."

Last Friday, the Chrissy's Court star revealed her family's Halloween costumes: She dressed up as Odette from Swan Lake, while Legend went as Spider-Man.

Miles was dressed as a green dinosaur, while his big sister Luna celebrated the spooky holiday by getting her face painted green. Teigen even had her at-home nurse join the fun by dressing up as a Medieval plague doctor.