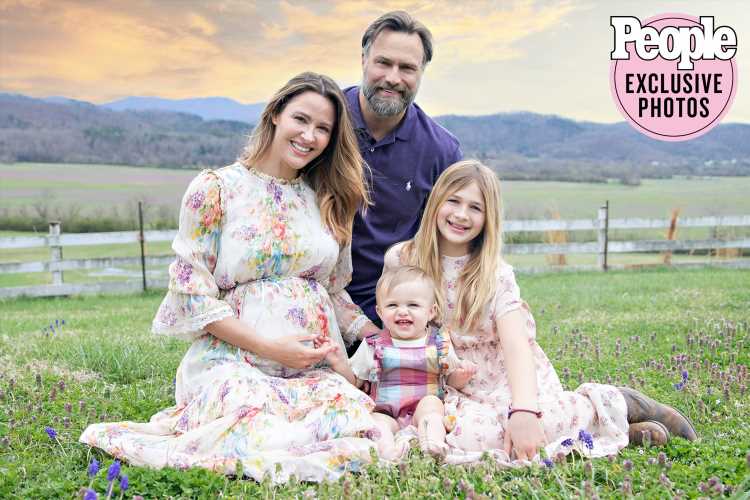 "I found out two days before Christmas," the Hallmark star says. "I took a test by myself and when it was positive I just dropped to my knees and did this strange laugh-cry. I waited to tell David and Lija until Christmas Eve at our dinner. They both thought I was pulling a prank on them — I guess I need to stop acting like every day is April Fools!"

When she learned she was expecting, Wagner was training for her upcoming role in the Paramount+ series Lioness, which she is also executive producing.

"I feel amazing! I had been training for a military role in Lioness before I found out I was pregnant, so I came into this pregnancy in better shape than my last," says Wagner. Who's Due Next? Celebs Who Are Expecting

While she explains the pregnancy "wasn't planned," she adds that it "certainly was welcome news." She says, "Two of my close friends are pregnant as well, and one is due in June, one in July and I'm due in August. It's nice to have friends to share the experience with." As for how Lija is gearing up for another little sibling? She's "super excited" and already "the best big sister to Army Gray."

"Both of these children will be so lucky to have her to look up to and to help guide them," says the proud mom. "Lija does it all. She has changed diapers, gives bottles, sings to her. She is the best. And Army really likes being around other children and she has a little friend named Stella Rose that is close to her age. I think when this new little one comes along it will be great for her."

Next week, Wagner and Lemanowicz will celebrate their four-year wedding anniversary. Marking the big day last April, she called her husband the "love of my life and my best friend."

"You are the reason I am so happy and now you have given me a baby to call my own. (The best gift of all)," she wrote on Instagram at the time. "Thank you so much my love."