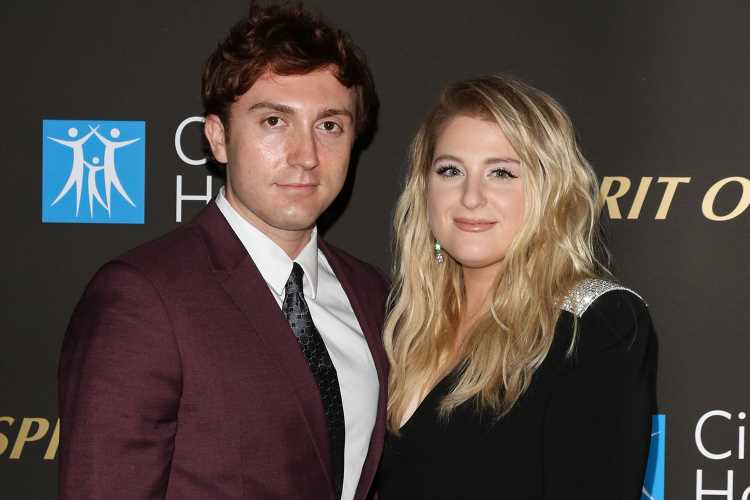 Meghan Trainor was hoping for one very special gift this upcoming Christmas.

While calling in to Boston’s Morning Magic radio show earlier this week, the 26-year-old old pop singer and mom-to-be revealed that she and her husband, Daryl Sabara, were hoping to welcome their first child — a boy — on or around the Christmas holiday.

"I'm a Christmas baby. I wanted that but we didn't achieve that goal for a minute," she told the radio hosts.

Trainor then revealed that her child with Sabara, 28, will instead be born a couple of months later, in February of next year. Later in her Morning Magic chat, Trainor also detailed what Christmas was like in her household growing up, describing it as "the best" time.

"Those are the months that we get guaranteed time off and we get to be forced to be together and it was always like a big celebration," she said. "Everyone waited for summer and I was like, 'I'm waiting for Christmas' 'cause that's my birthday and Christmas."

The singer went on to say that having her birthday so close to the holiday season was never an issue for her, explaining that she never felt like she got the short end of the stick with Christmas a few days later.

"My parents, they were so good to me," she said. "They always made it feel so special, and that day was my day."

However, Trainor did note that the only problem she had with her birthday as a child was that it fell during her school's winter break each year, so she never got the chance to hear her school sing "Happy Birthday" to her in the cafeteria.

Earlier this year, Trainor debuted her very first Christmas album, A Very Trainor Christmas, which dropped back in October.

Detailing to Morning Magic that crafting the LP was a family affair, Trainor shared, "My whole family was a part of this. My younger brother recorded all my vocals for me, my older brother wrote some songs with me and we all produced them together."

Trainor added that her dad played piano on "Have Yourself A Merry Little Christmas," as her young cousin sang backup on "Rudolph the Red-Nosed Reindeer." Elsewhere, her mother and husband also took part in some background singing for the festive album.

"Everyone's involved. If you're at my house, you're involved," she added of the album-making process. "And during quarantine, those were the only humans at my house, so they were great!"