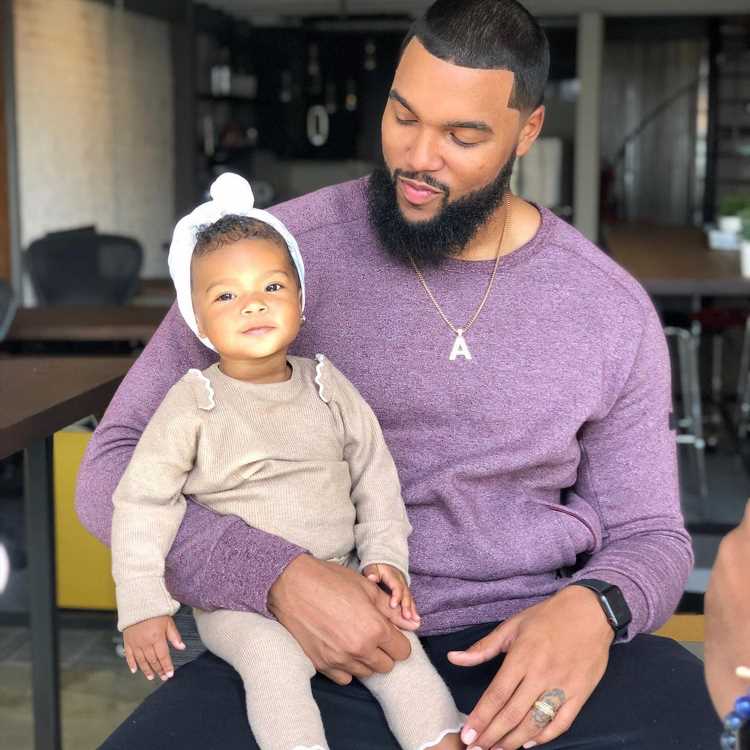 Marcus Smith II is connecting with his fellow Black dads via a brand new book for their little ones.

The NFL veteran opened up to Access in a recent interview where he discussed how his debut children's book Bathtime with Rai was inspired by his own experience in being a dad to daughter Sarai, 2, and a need he saw among the community of Black fathers.

"The book was written for the modern Black dads of the world and for the little brown girls of the world," said Smith, 28. "I just want to put on for the Black fathers to let us know that we are here."

"And for the little young girls, that there are fathers out there that are trying to become the best father they could possibly be," he added.

According to the back of the book, "From nostalgic moments to laughs and giggles, Bathtime with Rai delightfully chronicles all the exchanges of love amidst a favorite nighttime ritual."

"Each page and sentiment, captured through heartfelt illustrations, make this book an instant classic for generations to come," continues the description of the story, illustrated by Tiara Boyd.

With it, Smith "celebrates the hope, dreams and unprecedented love that parents have for their children." The athlete — who played with the Philadelphia Eagles, Seattle Seahawks and Washington Redskins during his years with the NFL — also told Access' Mario Lopez that he takes a lot of his own cues regarding fatherhood from the late Kobe Bryant and his love for his four daughters.

"I look at him and his daughters' relationship, and I feel like that's what a daughter/father relationship should look like," Smith said. "I try to go off some of the same morals and principles that Kobe did."

And "the most rewarding part about being a father" for Smith "is being able to look at Rai in her eyes and say, 'Wow, man, me and my wife created her. She's a beautiful human being.' I think that's the most rewarding thing."

Bathtime with Rai is out Dec. 2, and available for purchase on amazon.com.