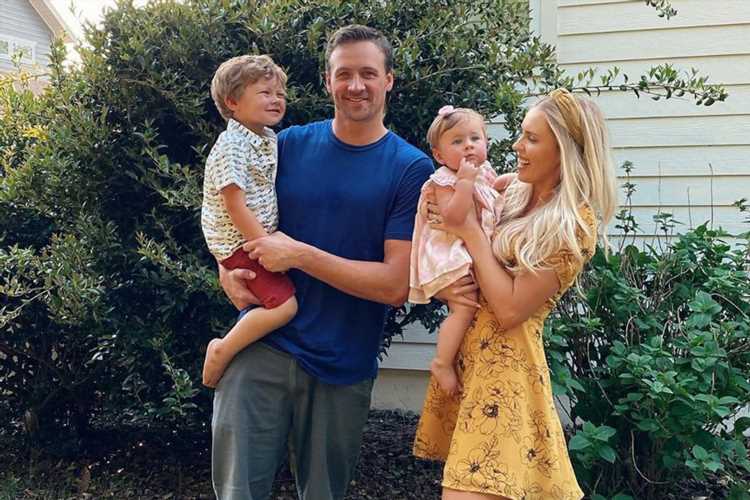 Ryan Lochte's son Caiden Zane is stepping — or rather, swimming — into his father's footsteps!

Lochte, 36, shared a photo of his 3-year-old dressed up as an Olympic swimmer for Halloween — and the toddler's costume was made complete with one of his dad's six Gold Medals.

"2036 Olympics here we come 😂 you know he is going to be a good underwater kicker with those legs lol! @tyrsport @caidenandlivlochte #2036 #olympics," Lochte wrote in the Instagram caption on Saturday.

Lochte's wife Kayla Reid shared the same photo of their eldest on her Instagram, admitting that the costume was "improvised."

"So this is not our original costume because I am still not feeling my best, so I temporarily improvised. 😂😂😂 #happyhalloween #ryanlochte #2020," the mom of two — who is recovering from a bout of strep throat — wrote in her caption. Lochte and Reid, 29, also share daughter Liv Rae, 16 months.

Caiden isn't the only member of the family looking forward to an upcoming Olympic Games. Lochte — who competed in Athens, Beijing, London and Rio de Janeiro — is preparing for next year's Games in Tokyo, he told PEOPLE earlier this year.

"I’m trying to prove to everyone that I can do this," said Lochte, who hopes to qualify for Team USA. "You could say this is my redemption."

Lochte and Reid told PEOPLE that they're considering expanding their family.

"We talked about another child. We always go back and forth about it," Lochte said in July, adding that Reid doesn't want an odd-number of children.

Lochte told PEOPLE that while "It’s hard work being a dad and trying to compete at the highest level in sports,” he's "the happiest I’ve ever been — by far."