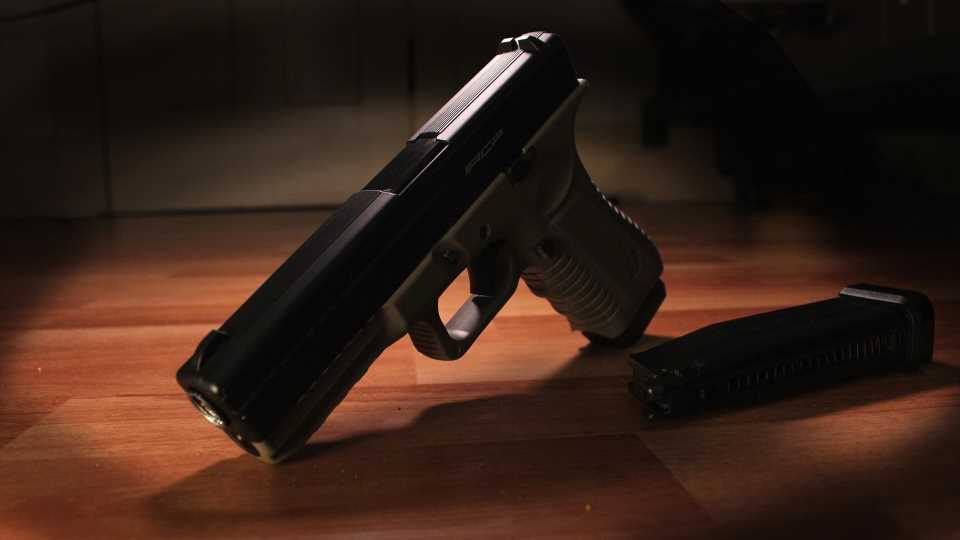 Firearm injury is a major public health crisis in the United States. In 2017, more than 39,000 deaths were caused by firearms, but the incidence of cases in which people survive after a trip to the emergency department, known as cases of nonfatal injuries, has not been well established. Therefore, it has proven elusive to answer this simple question: “What is the total number of cases of firearm injury per year in the U.S.?”

A new study by a team of researchers in the Perelman School of Medicine at the University of Pennsylvania and Columbia University’s Mailman School of Public Health expands research on trends of fatal and nonfatal firearm injuries in the U.S.. Their findings, published today in JAMA Internal Medicine, show that between 2009-2017, there has been an average of 120,232 firearm injuries each year, or 329 per day, and that cases of nonfatal injury are twice as prevalent as deaths from firearms. The study signifies the importance of evaluating the impact of firearm prevention policies and strategies not just on injuries that ultimately result in death, but also the more common cases in which people survive after emergency care.

The researchers, led by Elinore J. Kaufman, MD, MSHP, an assistant professor of Surgery in Traumatology, Surgical Critical Care, and Emergency Surgery, used data pulled from death certificates by the Centers for Disease Control and Prevention (CDC) that ranged from 2009 until 2017 and combined it with data on emergency room visits for nonfatal firearm injuries from the Nationwide Emergency Department Sample.

The team of researchers categorized firearm injuries and deaths in the following ways: unintentional, self-harm, assault, legal intervention, or of undetermined intent. During the period examined, there were an average of 34,538 deaths per year, of which 77 percent occur outside hospital. In total, there were an average of 85,694 emergency department visits per year for nonfatal injuries. The likelihood of survival varied dramatically when it came to intent. Roughly 90 percent of self-harm injuries resulted in death versus approximately 25 percent for those injured in either assaults or legal intervention, such as police-involved shootings, and 1 percent of those injured unintentionally, such as through an accidental discharge of a firearm.

“Research has shown that suicide is the most common form of firearm deaths, and suicide prevention is of preeminent importance. But looking at these numbers of nonfatal injuries can raise concern in other areas needing their own forms of prevention,” said Kaufman. “After two decades of progress, rates of firearm injuries are now increasing, and effective prevention strategies are urgently needed.”

Kit Delgado, MD, an assistant professor of Emergency Medicine and Epidemiology, said the study fills some “major” gaps in what is known about firearm injury in the United States and could provide an approach for putting together a more complete picture.

“By combining fatal and nonfatal injury data, we can identify major differences in injury rates by mechanism and age group and geography,” Delgado said. “For example, assaults among 15 to 34-year-olds account for the highest injury rates in urban areas, whereas unintentional injuries in this age group account for the highest rate of injury in rural areas. Just like there isn’t only one cure for cancer, better characterization of the nuanced causes and mechanisms of firearm injury has the potential to lead to more effective implementation of public health prevention strategies.”

Having this full picture is necessary to develop effective strategies for gun violence prevention and treatment. For example, while unintentional firearm injury rarely causes death, it accounts for half of all nonfatal injuries, and was the most common among children.

Prevention strategies such as child access prevention laws and gun lock distribution have the potential to prevent many of these injuries, but their true impact will remain unknown if only deaths are counted. To that end, Rinad S. Beidas, Ph.D., an associate professor of Psychiatry at Penn was recently granted $3.6 million from the National Institute of Mental Health to research the implementation of nudge-based programs for safer storage of firearms among parents.

“A firearm injury can have a major impact on a survivor’s long-term health and well-being, as well as on their family and community.” Kaufman said. “We need to look beyond deaths when we evaluate injury prevention initiatives.”