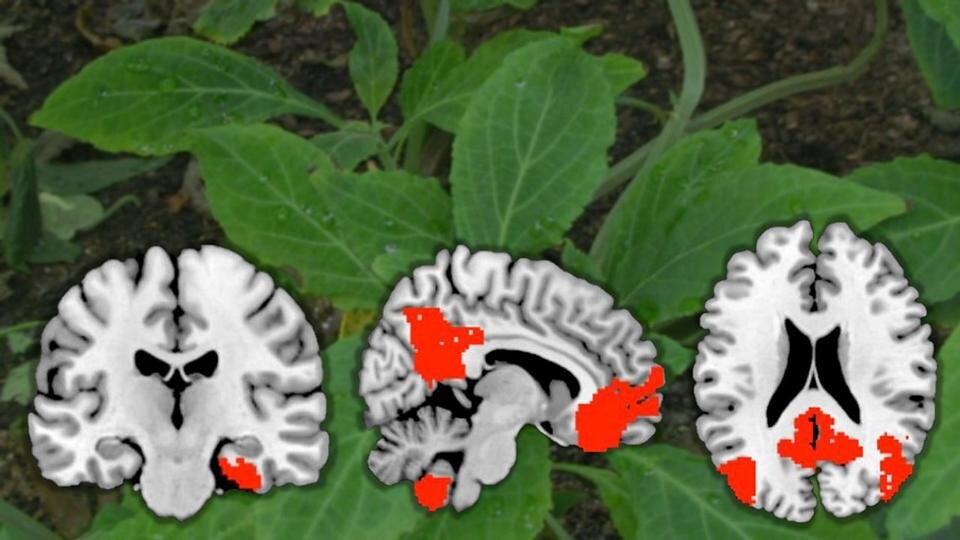 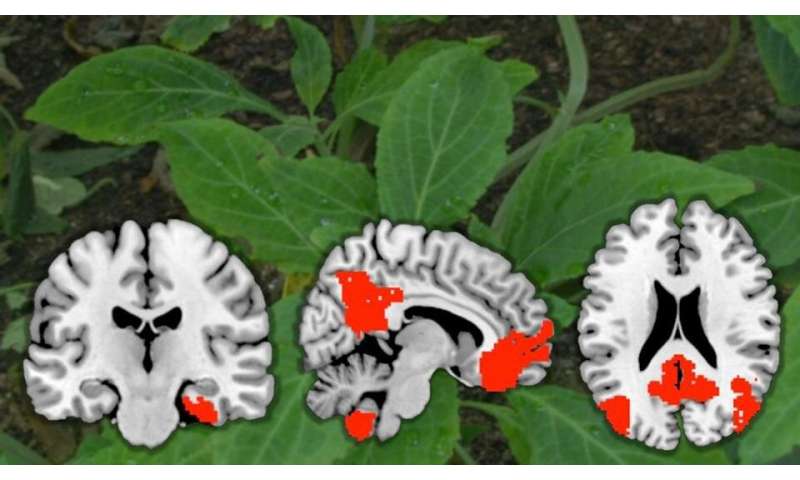 Recent interest in developing therapies from hallucinogenic drugs has scientists exploring how these chemicals work in the brain. Recently, Johns Hopkins Medicine researchers imaged the brains of people who had vaped salvinorin A, a drug used in Native Mexican rituals, and found that, like other psychedelic drugs, it increased the communication across parts of the brain. However, the primary effects of the drug that they observed—as reported in their paper published Oct. 2, 2020, in Scientific Reports—suggest that salvinorin A results in more random or disconnected signaling within the default mode network, which is the part of the brain most active when a person is sitting still, relaxing, daydreaming or otherwise not engaged in externally directed mental exercise.

Salvinorin A is a chemical found in the plant Salvia divinorum that produces powerful out-of-body and amnesia-like experiences over a short time frame similar to the effects of nitrous oxide (“laughing gas”), which is used at dental offices.

“Salvinorin A seems to do all the things that researchers believe happen when other psychedelics (such as LSD and psilocybin) act on the brain,” says Manoj Doss, Ph.D., postdoctoral research fellow at the Center for Psychedelic and Consciousness Research at the Johns Hopkins University School of Medicine. “The funny thing is that some researchers have selectively focused on the default mode network when that’s not even where they find the strongest effects of classic psychedelics. In contrast, that is, in fact, where we found the strongest effects of salvinorin A.”

In the study, 12 men vaped salvinorin A crystals and then were scanned by functional magnetic resonance imaging (fMRI) for the next 15 minutes to measure brain activity across networks in the brain. The researchers evaluated the activity within and among eight brain networks: three involved in vision and five others responsible for moving and touch, processing information from the outside world, paying attention, reward evaluation and activating the default mode network when the mind is at rest.

Most of the fMRI-scanned networks seemed to communicate more with one another when influenced by salvinorin A than when the drug was not present, but they communicated less within themselves. The researchers observed particularly decreased synchronization of the default mode network, meaning that the brain’s electrical signals became more random and unpredictable.