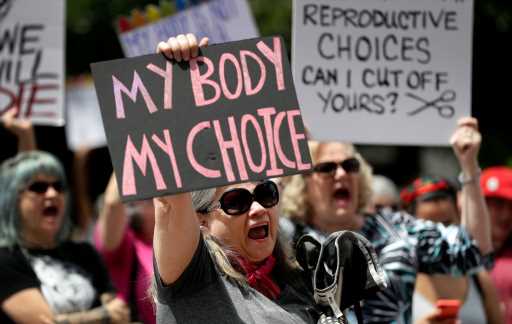 A Texas law prohibiting abortions after about six weeks of pregnancy (before most people know they are pregnant) went into effect on Wednesday, the latest in a the many, many restrictive anti-abortion laws passed at the state level in the last few decades. Late Wednesday night, the Supreme Court also denied a request from abortion providers in the state to freeze the law that required them to turn away patients seeking healthcare in their state. 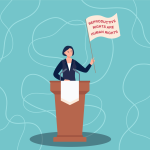 For Me, Protecting Abortion Rights Is Personal — & That’s Why I’m Running for DA

The law, (S.B. 8), was signed by Texas Governor Greg Abbott (R) in May 2021, and both exacerbates old and introduces new challenges to pregnant people seeking healthcare in the state that, as of 2017 had just 35 facilities that provided abortions (with 96 percent of the states counties — where 46 percent of the states’ uterus-owning residents live — having no abortion providers), per the Guttmacher Institute.

The law bans abortions in cases when an ultrasound can detect what the lawmakers refer to as a “fetal heartbeat” (despite embryos not developing hearts at that developmental stage — a common and science-backed critique of these so-called “heartbeat bills”), which makes up for the vast majority of abortions since most people don’t know they’re pregnant in the first six weeks. And then there’s the real concerning twist when it comes to medical privacy and individual freedom: Rather than the state enforcing the law, this legislation allows private citizens instead to sue abortion providers (and anyone involved in helping a person get care, from advocates to uber drivers) to win $10,000 or more — inundating healthcare workers and community members with private court cases and fees.

“This would open the floodgates for lawsuits, bury clinics under frivolous court cases and legal fees, and likely make it impossible for many providers to remain open and for most patients to get care before the six-week cutoff,” as the Guttmacher Institute wrote earlier this year. “This has been aptly dubbed the “sue thy neighbor” law by abortion rights supporters.”

Meanwhile, Independent Abortion Provider Whole Woman’s Health (yes, of the Supreme Court Case that struck down TRAP laws) shared on Twitter that their clinic was working until the literal last minute (11:59 PM on August 31) to provide healthcare to as many patients who would be denied care by the law come midnight.

“The anti-abortion protestors are outside, shining lights on the parking light. We are under surveillance. This is what abortion care looks like. Human right warriors,” according to Amy Hagstrom Miller , CEO of Whole Woman’s Health via their Twitter. “We are so proud of Team Whole Woman’s Health. No matter what the courts say, you are good and right and strong and beautiful. We owe you all so very much.”

What happened with the Supreme Court?

The SCOTUS’ silence as the law went into effect eventually led to a refusal where the majority opinion said that despite the clinic raising “serious questions regarding the constitutionality of the Texas law at issue… their application also presents complex and novel antecedent procedural questions on which they have not carried their burden.”

Meanwhile, the dissent on that non-decision decision from Justices Roberts, Breyer and Kagan stated “the statutory scheme before the Court is not only unusual, but unprecedented. The legislature has imposed a prohibition on abortions after roughly six weeks, and then essentially delegated enforcement of that prohibition to the populace at large. The desired consequence appears to be to insulate the State from responsibility for implementing and enforcing the regulatory regime.”

Justice Sotomayor also joined in a dissent calling the law “flagrantly unconstitutional” and calling out the justices behind the majority opinion for opting to “bury their heads in the sand” — citing cases including Roe v. Wade and Planned Parenthood v. Casey — and calling out the state for taking “the extraordinary step of enlisting private citizens to do what the State could not. The Act authorizes any private citizen to file a lawsuit against any person who provides an abortion in violation of the Act, ‘aids or abets’ such an abortion (including by paying for it) regardless of whether they know the abortion is prohibited under the Act, or even intends to engage in such conduct. Courts are required to enjoin the defendant from engaging in these actions in the future and to award the private-citizen plaintiff at least $10,000 in ‘statutory damages’ for each forbidden abortion performed or aided by the defendant. In effect, the Texas Legislature has deputized the State’s citizens as bounty hunters, offering them cash prizes for civilly prosecuting their neighbors’ medical procedures.”

What can people worried about reproductive healthcare do?

It is incredibly easy to feel discouraged and scared in the face of discouraging and scary legislation that can directly harm women and people who can get pregnant. As SheKnows has previously written, it isn’t wise to let fear make you do unhelpful things like stockpile Plan B (please don’t do that!) or tell vulnerable people in states to that are gerrymandered to the nth-degree to get IUDs and to “vote” (reproductive healthcare access and voting rights are a lot more complicated than that!) — but there are a few helpful ways you can use your resources to help vulnerable people and healthcare providers in Texas and feel a little less helpless and scared yourself:

First of all, educate yourself on the legislation (and others like it!) and the state-level attacks on reproductive healthcare and be ready to talk to the people in your life about why this issue matters to you, them and everyone they love. The Guttmacher Institute is a great resource for getting up-to-speed on the various attacks on reproductive freedom and to help contextualize it for people in your life who may not get it yet.

Next, look for the helpers and open your purse! Your money can go directly into the hands of the organizers on the ground in Texas who are already doing the important work — local, independent and mutual aid organizations are vital and can work nimbly and efficiently in the way that big national orgs often can’t. Here’s a few accepting donations: Texas Equal Access Fund, Clinic Access Support Network, Fund Texas Choice, Lilith Fund, Frontera Fund, Buckle Bunnies Fund and more at National Network of Abortion Funds (you can also find out about your local abortion fund here too!).  To help Whole Woman’s Health Alliance with legal fees as they fight the against the law you can donate to them directly as well.

Given the fear and anxiety in the reproductive healthcare space right now, it’s also a great time to look into your own community and consider the ways you can support your local abortion providers. If you have time to volunteer to phone bank, to write postcards, to work as a clinic escort or use your specific talents for the cause, now is a great time to double-down on the effort to protect safe, accessible reproductive healthcare for all Americans.

Before you go, check out our favorite mental health apps for giving your mind and body a little extra TLC: