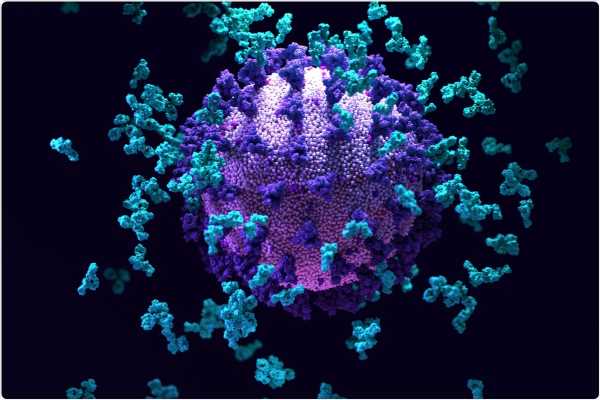 In a new study recently published in the journal Science, a team of researchers in the U.S. found that most of the antibodies circulating in the blood target areas of the viral spike protein outside the receptor-binding domain (RBD), the part of the spike that binds directly to human cell receptors. 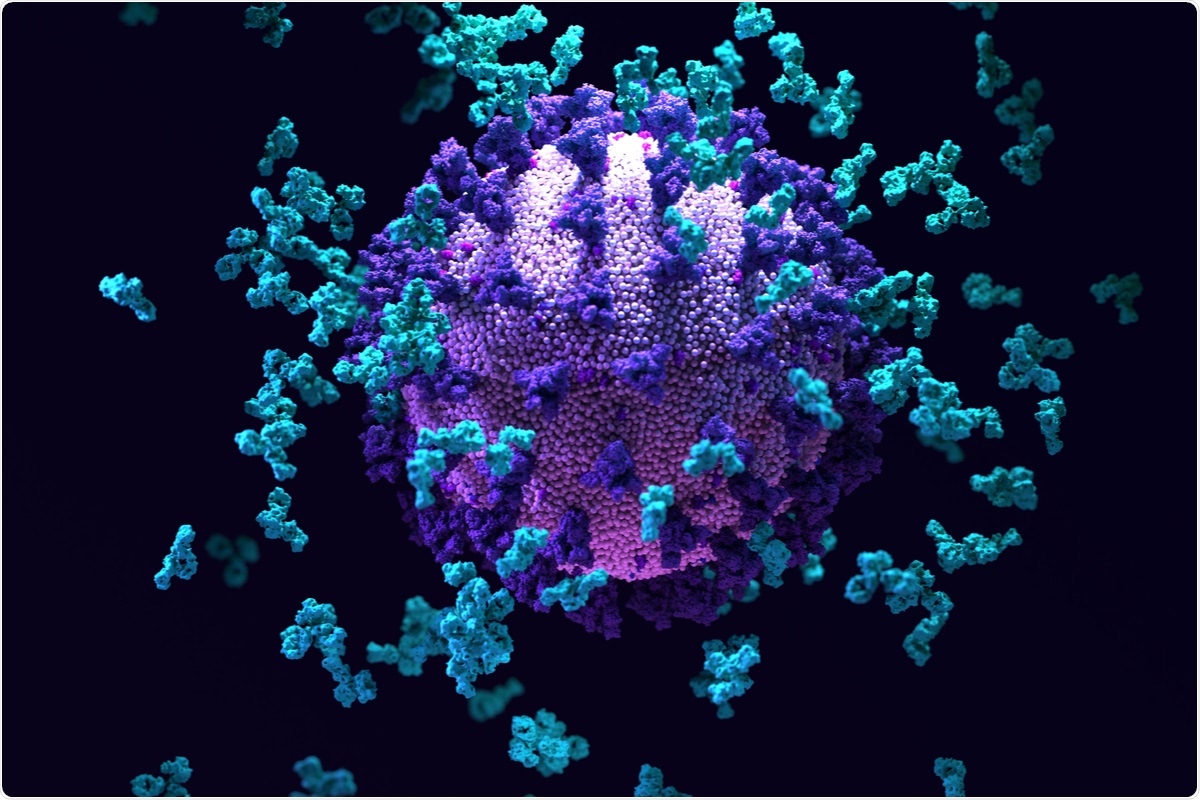 The team found that SARS-CoV-2 antibodies covered the whole spike protein, including the arc and stalk, resembling an umbrella.

Past studies have focused on a group of antibodies that target the RBD, the predominant area of the coronavirus spike protein. Scientists studied these antibodies since RBD is the part of the virus that directly attaches to the angiotensin-converting enzyme 2 (ACE2) receptor expressed on human host cells – a mechanism that facilitates viral entry.

The SARS-CoV-2 spike ectodomain (S-ECD) folds into a multidomain structure, including the RBD, essential for viral infectivity and the adjacent N-terminal domain (NTD).

Humoral immunity to the spike glycoprotein may provide protection, making it the primary antigenic target for current vaccines and monoclonal antibodies (mAbs). However, the identity, abundance, and clonality of the IgG plasma antibody repertoire and the epitopes it targets remain unknown.

To determine the IgG repertoire characteristics, the team collected blood samples during early convalescence in four patients who had COVID-19. These patients only experienced mild symptoms and exhibited plasma virus-neutralization titers.

The researchers found that about 84 percent of the antibodies in the blood target areas beyond the RBD, which acts like a blanket covering the whole spike protein. The immune system detects the entire spike protein and attempts to neutralize it.

Most of the non-RBD-directed antibodies detected targets the NTD and neutralized the virus in cell cultures. Mainly because the NTD is the part of the spike protein that frequently mutates, developing vaccines and drugs to target this area can help stem the ongoing pandemic.

The frequent mutations occurring in SARS-CoV-2 spike protein are may undermine the immune system’s ability to promptly detect and neutralize the virus. The researchers noted that there is a race between the virus and the body’s immune system. The body develops a standard immune response to the virus, while the virus race to mutate to evade the immune system. This process of mutual evolution has been described by some as a biological arms race.

Studying how the antibodies target and attack the virus is crucial to developing more potent and effective vaccines and therapies.

In a nutshell, the study researchers revealed that the convalescent plasma IgG response to SARS-CoV-2 is oligoclonal and focuses on RBD areas. This includes potently neutralizing antibodies against the NTD.

The anti-NTD antibodies may become dominant in some people, affecting the level to which they contribute to protection.

Our finding that mutations present in circulating SARS-CoV-2 variants can impair or ablate binding and neutralization by public anti-NTD antibodies may constitute a mechanism of viral escape in a subset of the population,” the researchers noted in the study.

“These data show that ‘public’ NTD-directed and other non-RBD plasma antibodies are prevalent and have implications for SARS-CoV-2 protection and antibody escape,” they concluded.

The COVID-19 pandemic continues to wreak havoc across the globe. To date, about 154.46 million people have been infected with SARS-CoV-2. Of these, 3.23 million people succumbed to the infection, while about 91 million have recovered.