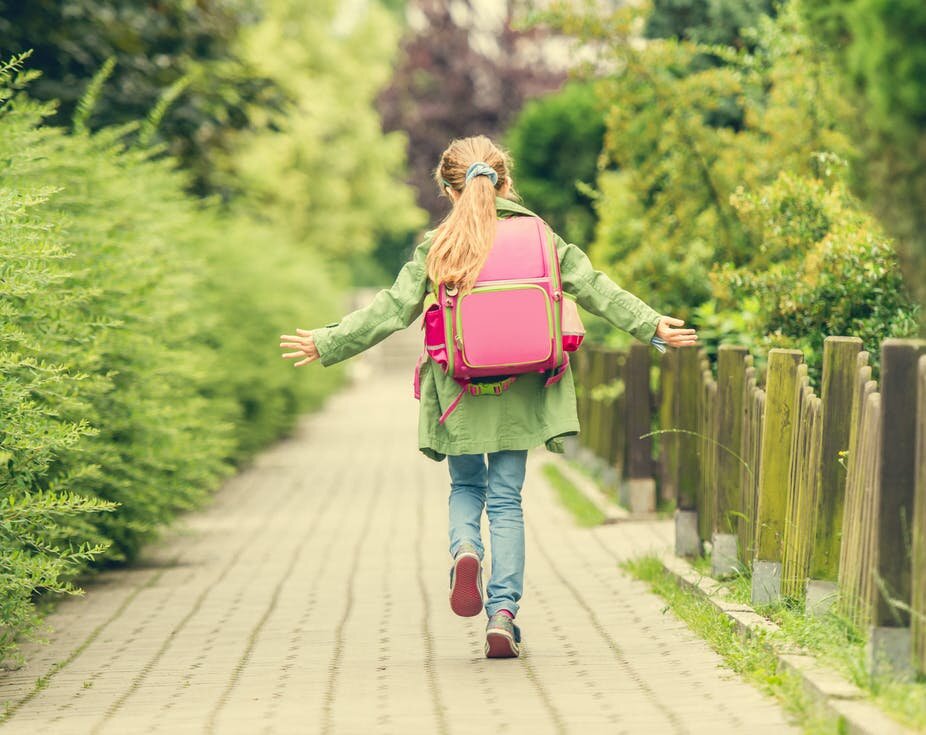 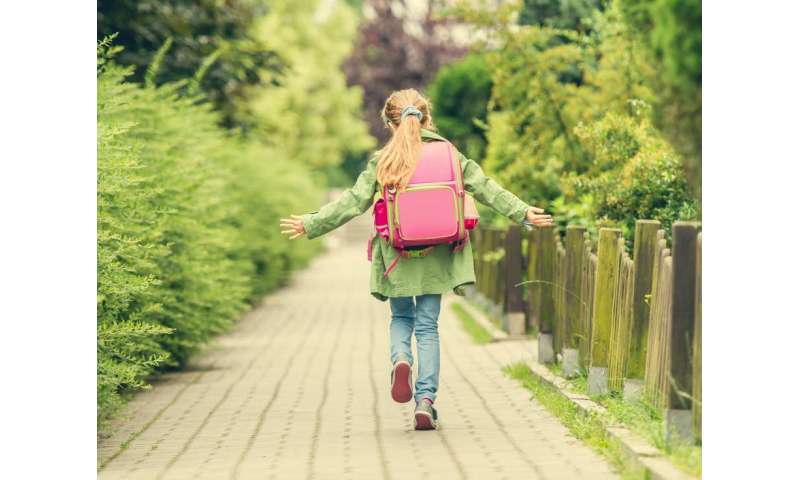 Children in the UK and across the globe have not been at school for some time, and this prolonged absence from the daily routine has given many of us a chance to think about what should happen when schools re-open. One way to address some of the ongoing problems of the pandemic while making a real difference to children’s lives and the health of the planet would be to adopt more “active commuting.” This is simply walking, cycling, wheeling or scootering to school, rather than being driven or taking public transport.

Not so long ago walking to school was the norm. Being active in this way is crucial if we want our children to be healthy in terms of fitness, wellbeing and levels of body fat. It also reduces dependence on fossil fuels and air pollution from traffic, benefiting our health and the environment. New studies have already shown that air quality has improved in cities around the world as pollution from cars has significantly reduced due to the pandemic.

But when it comes to the media and public policy, focus tends to fall on adults being active in their daily commute. For example, the UK government last week urged people to cycle and walk more to avoid public transport where possible if they had to return to work.

Overlooking youngsters has created an invisible crisis of inactivity in recent years. In many countries active commuting to school is in steady decline. Our research network of 49 countries recently found that only a minority of children walk, cycle or scooter to school, and things are getting worse rather than better.

For example, in Scotland—which is typical of most high-income countries—around half of primary school children do something active to get to school these days. This number falls steadily with age among secondary school pupils. At weekends, levels of physical activity are even lower, when journeys by car are even more likely.

These disappointing research findings persist despite a policy environment that is generally supportive of active commuting in Scotland. As in so many high-income countries, the problem stems from a combination of things: lack of policy implementation, a car-dependent culture and parents who are reluctant to allow their children to walk or cycle to school.

An active commute is a health-enhancing activity consisting of moderate-to-vigorous intensity physical activity (MVPA—activity which gets the heart rate up). School-age children and young people need at least 60 minutes of MVPA every day for health and wellbeing, but globally only a small minority achieve this modest recommendation.

Dividends for health and environment

There are other important upsides to an active school commute. The MVPA accumulated will have educational benefits too because moderate to vigorous activity like this stimulates a number of cognitive processes that improve learning. This evidence alone should give schools and families a much greater incentive to encourage active commuting in their children.

There would also be indirect environmental benefits. More children enjoying an active commute more often would reduce car use and the associated carbon emissions. It would also stimulate their curiosity and lead to have a greater appreciation of the outdoor environment.

They would get to know their community and the geography of their area much better. Children need to know how to get around when they’re not relying on cars. This is important for their independence and helps build resilience and self-reliance.

Our research in the Active Healthy Kids Global Alliance has identified examples of good practice that other countries can learn from. Japan has the highest rates of active young commuters among high-income countries, at around 90% of children. This has been achieved by 1953 legislation that requires children to attend local schools, which has made walking or cycling to school the cultural norm.

Momentum developed by the recent climate change protests and the COVID-19 pandemic have given us a golden opportunity to instill active healthy habits in our children. They might see walking, cycling and other ways of getting to school that don’t involve cars—or at the moment, public transport—as a useful way of turning their protests and concerns into practical daily action.