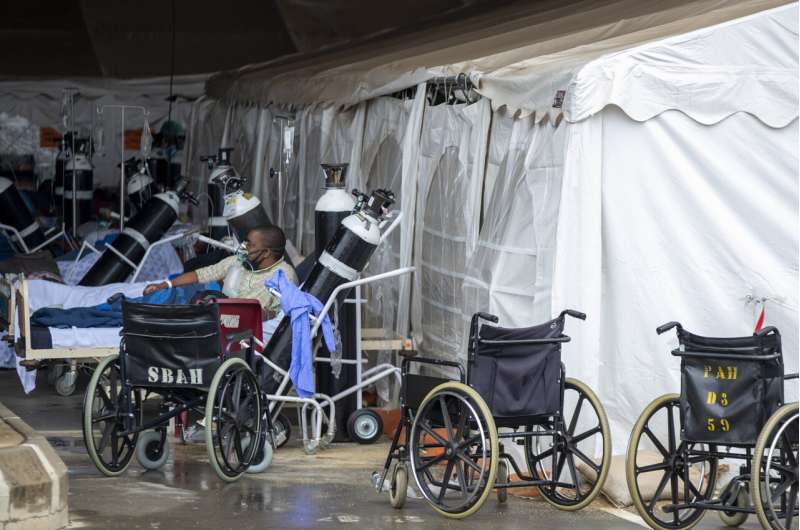 The African continent, with roughly the same population as India and fragile health systems, “must be very, very prepared” since a similar scenario could happen here, John Nkengasong, director of the Africa Centers for Disease Control and Prevention, told reporters.

Africa’s vaccine supply heavily relies on India, whose Serum Institute is the source of the AstraZeneca vaccines distributed by the global COVAX project to get doses to low- and middle-income countries. India’s export ban on vaccines “has severely impacted the predictability of the rollout of vaccination programs and will continue to do so for the coming weeks and perhaps months,” Nkengasong said.

“We are living in a world that is extremely uncertain now,” he added.

Just 17 million vaccine doses have been administered across the African continent for a population of some 1.3 billion, according to the Africa CDC. 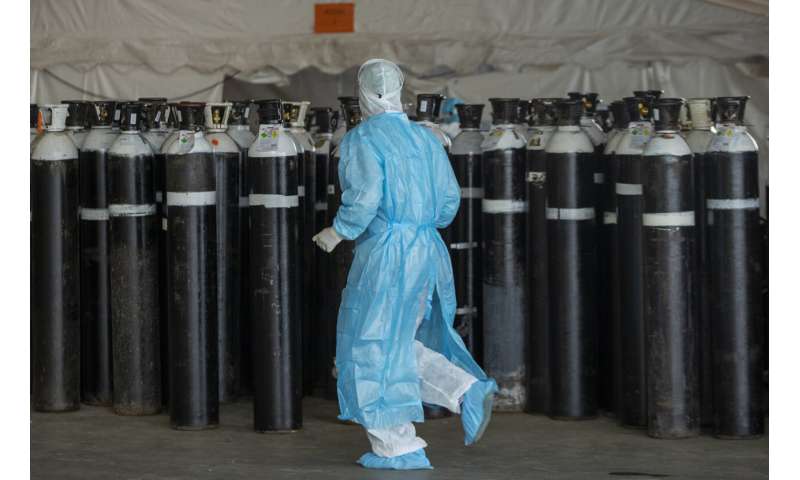 The situation in India is “very sad to observe,” the World Health Organization’s Africa chief told reporters in a separate briefing. “We are very concerned about the delays that are coming in the availability of vaccines,” Matshidiso Moeti added.

Her WHO colleague, Phionah Atuhebwe, called the delay “quite devastating for everybody” and said most African nations that received their first vaccine doses via COVAX will reach a “gap” in supply while waiting for second doses as early as May or June.

“We call upon countries that have extra doses to do their part,” Atuhebwe said, adding that the WHO is reviewing the Chinese-made Sinopharm and Sinovac vaccines this week.

One unexpected COVID-19 vaccine donor is Congo, which Nkengasong said wants to give back some 1.3 million doses so they can be distributed to other African nations since it hasn’t been able to do it at home. 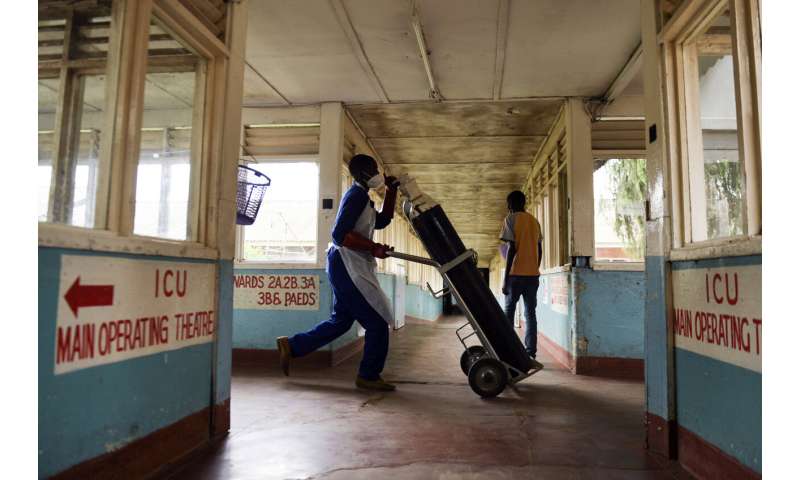 There is “a lot of vaccine hesitancy” in the vast country, Nkengasong said. He didn’t immediately know how many people have received the doses there.

There is a five-week timeline to get the doses administered elsewhere, he said, and Congo is working with COVAX to hand them over. He expressed hope that the doses can reach other people quickly during what he called “an extremely critical time.”

Nkengasong didn’t know of other African countries saying they’re unable to use their doses but he urged them not to wait until the last moment to hand them back. Other countries in Europe, North America and Asia “can have their luxury” of vaccine options, he said, but “we do not have choices.”

Moeti with the WHO commended Congo for its decision, calling it “extremely wise of the government to make this estimation” in a country with gaps in its health care system. 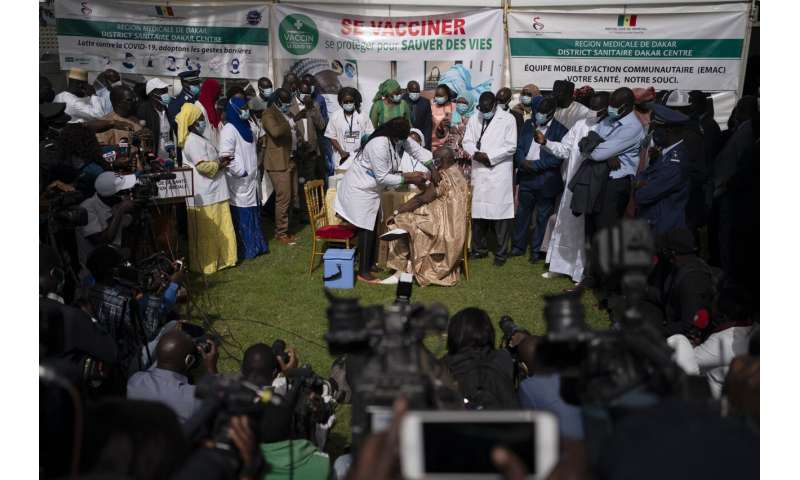 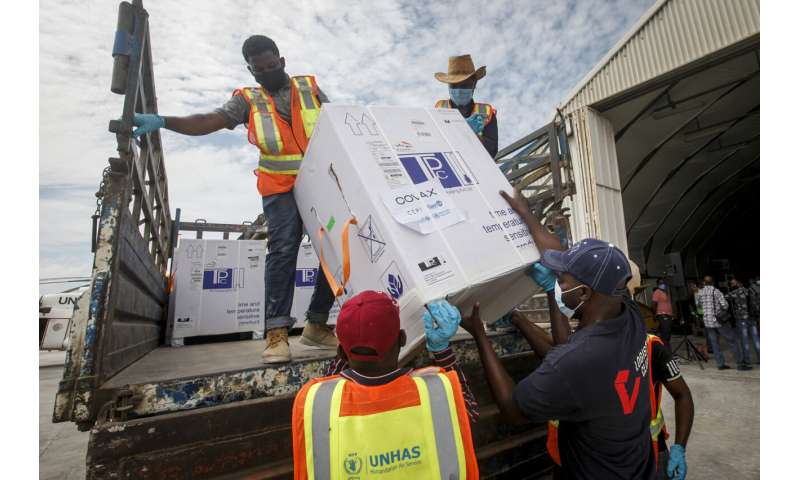 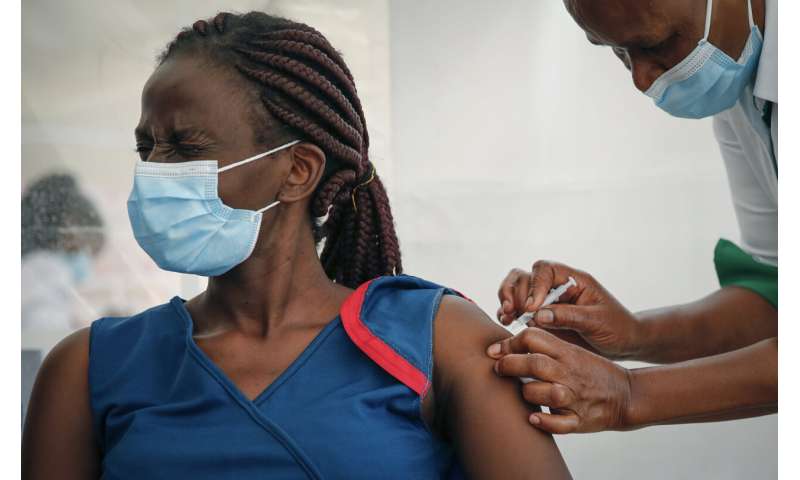 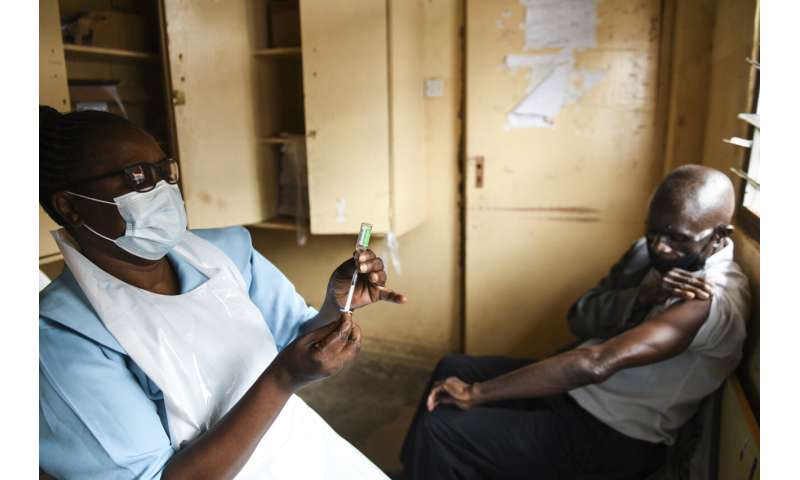 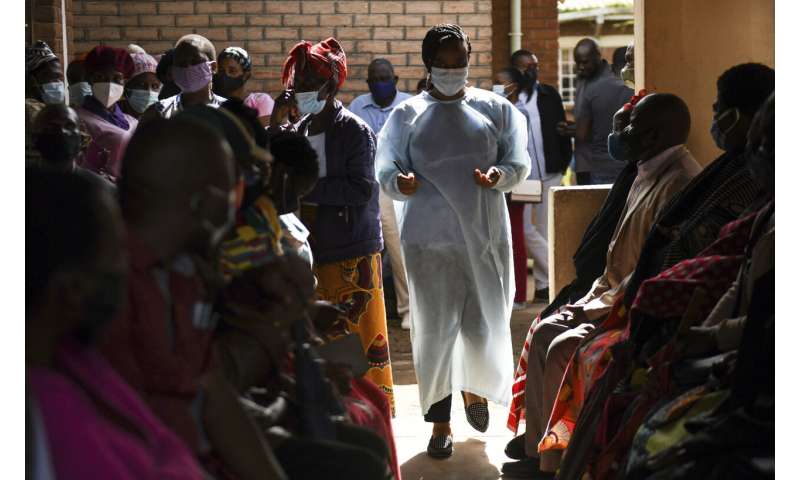 She also warned that African countries must step up key public health measures to help avoid India’s scenario occurring here. The rate of testing for the coronavirus has dropped in “quite a few countries,” she said, and mentioned seeing data from one African nation in which the proportion of people not wearing face masks has risen to almost 80%.

Only 43 million tests for the virus have been conducted across the African continent since the pandemic began, the Africa CDC chief said, with a 26% drop in new tests conducted in the past week.

Nkengasong warned against travel bans, however, after Kenya this week announced it will suspend all passenger flights to and from India for two weeks starting midnight Saturday, while cargo flights continue.