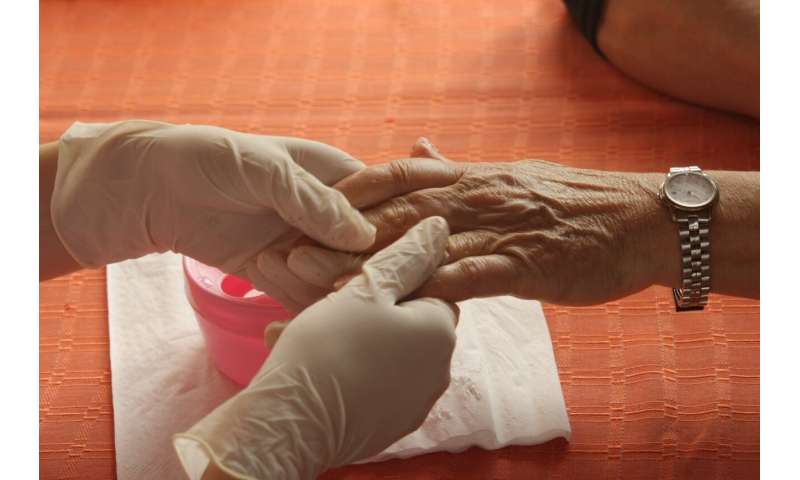 Alzheimer’s disease is more common in rural Appalachian Ohio communities than in other rural areas in the state—raising concerns about access to early, specialized care in a region where many residents face struggles getting the medical care they need, a new study has found.

Researchers from The Ohio State University examined 11 years of federal Medicare data, ending in 2017, to compare the prevalence of Alzheimer’s disease and related disorders in Appalachian Ohio with other parts of the state. The research was published online this month in the Journal of Alzheimer’s Disease.

“Those who live in rural Appalachia, in particular, are both much more disadvantaged on the whole from a socioeconomic perspective and have a higher burden of Alzheimer’s disease and related disorders compared to those who live elsewhere. It’s a double whammy,” said Jeffrey Wing, an assistant professor of epidemiology at Ohio State’s College of Public Health.

Likely compounding the problem are well-established barriers to care in the region, especially when it comes to specialized care, Wing said.

“You really need to see a neurologist to get diagnosed with Alzheimer’s, and that is likely more challenging for many in Appalachia than it is for people elsewhere in Ohio,” Wing said.

An estimated 5.8 million people in the U.S. are living with Alzheimer’s disease and related disorders and, with an aging population in America, the burden is increasing. According to the Alzheimer’s Association, that number is expected to more than double by 2050.

Though there is no cure for Alzheimer’s, interventions and therapies to delay its progress and improve a patient’s quality of life are often most helpful earlier in the disease process. And an early diagnosis can also provide an opportunity for both patients and caregivers to be connected to other supportive resources, Wing said.

“There aren’t many studies that have been able to provide an estimated prevalence of Alzheimer’s in geographically diverse populations, and we’re hopeful that this information will help illuminate potential needs in Appalachia—that could include more screenings, earlier screenings and reallocation of medical and support resources,” he said.

Wing and his colleagues would like to further explore what factors might be driving the prevalence of Alzheimer’s in Appalachia, he said.