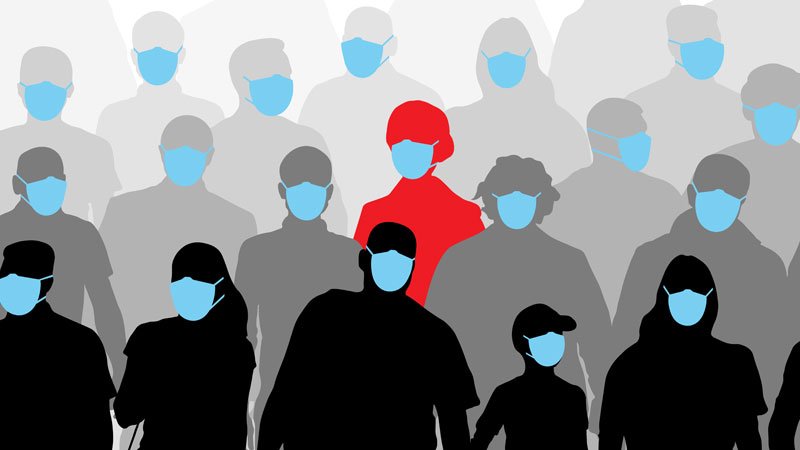 About 2% of asymptomatic college students carried 90% of COVID-19 viral load levels on a Colorado campus last year, new research reveals. Furthermore, the viral loads in these students were as elevated as those seen in hospitalized patients.

“College campuses were one of the few places where people without any symptoms or suspicions of exposure were being screened for the virus. This allowed us to make some powerful comparisons between symptomatic vs healthy carriers of the virus,” senior study author Sara Sawyer, PhD, professor of virology at the University of Colorado Boulder, told Medscape Medical News.

“It turns out, walking around a college campus can be as dangerous as walking through a COVID ward in the hospital, in that you will experience these viral ‘super carriers’ equally in both settings,” she said.

“This is an important study in advancing our understanding of how SARS-CoV-2 is distributed in the population,” Thomas Giordano, MD, MPH, professor and section chief of infectious diseases at Baylor College of Medicine in Houston, told Medscape Medical News when asked to comment on the research.

“It’s true that 2% of the population they studied carried 90% of the virus, but it does not establish any biological importance to that 2%,” added Viscidi, professor of pediatrics and oncology at the Johns Hopkins University School of Medicine, Baltimore, Maryland.

The 2% could just be the upper tail end of a normal bell-shaped distribution curve, Viscidi said, or there could be something biologically unique about that group. But the study does not make that distinction, he said.

The study was published online May 10 in PNAS, the official journal of the National Academy of Sciences.

A Similar Picture in Hospitalized Patients

Out of more than 72,500 saliva samples taken during COVID-19 screening at the University of Colorado Boulder between August 27 and December 11 of last year, 1405 were positive for SARS-CoV-2.

The investigators also compared viral loads from students to those of hospitalized patients based on published data. They found the distribution of viral loads between these groups “indistinguishable.”

“Strikingly, these datasets demonstrate dramatic differences in viral levels between individuals, with a very small minority of the infected individuals harboring the vast majority of the infectious virions,” the researchers write. The comparison “really represents two extremes: One group is mostly hospitalized, while the other group represents a mostly young and healthy (but infected) college population.”

“This is speculation, and more data are needed to test this concept,” he added. Also, quantitative viral load testing would need to be standardized before it could be used to guide such decision making

It should be noted that the research was conducted in fall 2020, before access to COVID-19 immunization.

“The study was performed prior to vaccine availability in a cohort of young people. It adds further data to support prior observations that the majority of infections are spread by a much smaller group of individuals,” David Hirschwerk, MD, told Medscape Medical News when asked to comment.

“Now that vaccines are available, I think it is very likely that a repeat study of this type would show diminished transmission from vaccinated people who were infected yet asymptomatic,” added Hirschwerk, an infectious disease specialist at Northwell Health in New Hyde Park, New York, who was not affiliated with the research.

“This finding has been in the literature in piecemeal fashion since the beginning of the pandemic,” Sawyer said. “I just think we were the first to realize the bigger implications of these plots of viral load that we have all been seeing over and over again.”

How a minority of people walk around asymptomatic with a majority of virus remains unanswered. Are there special people who can harbor these extremely high viral loads? Or do many infected individuals experience a short period of time when they carry such elevated levels?

The highest observed viral load in the current study was more than 6 trillion virions per mL. “It is remarkable to consider that this individual was on campus and reported no symptoms at our testing site,” the researchers write.

In contrast, the lowest viral load detected was 8 virions per mL.

Although more research is needed, the investigators note that “a strong implication is that these individuals who are viral ‘super carriers’ may also be ‘super-spreaders.’ “

Some of the study authors have financial ties to companies that offer commercial SARS-CoV-2 testing, including Darwin Biosciences, TUMI Genomics, Faze Medicines, and Arpeggio Biosciences.

Damian McNamara is a staff journalist based in Miami. He covers a wide range of medical specialties, including infectious diseases, gastroenterology and critical care. Follow Damian on Twitter:  @MedReporter.