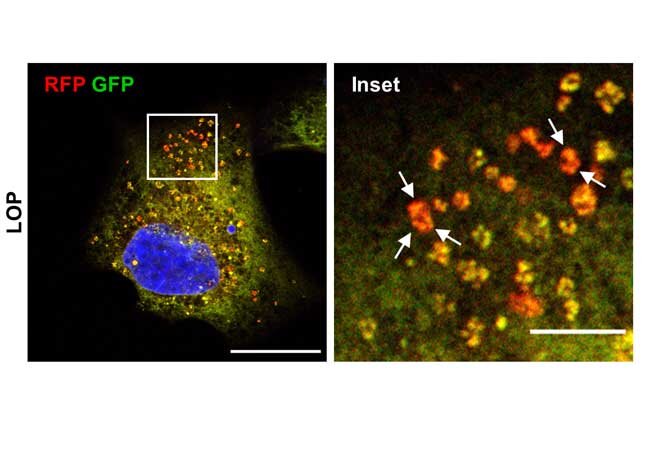 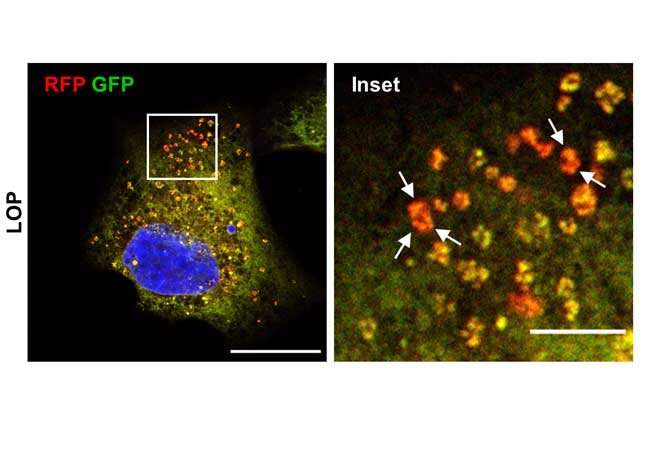 The research group led by Dr. Sjoerd van Wijk from the Institute of Experimental Cancer Research in Paediatrics at Goethe University already two years ago found evidence indicating that the anti-diarrhea drug loperamide could be used to induce cell death in glioblastoma cell lines. They have now deciphered its mechanism of action and, in doing so, are opening new avenues for the development of novel treatment strategies.

When cells digest themselves

In certain types of tumor cells, administration of loperamide leads to a stress response in the endoplasmic reticulum (ER), the cell organelle responsible for key steps in protein synthesis in the body. The stress in the ER triggers its degradation, followed by self-destruction of the cells. This mechanism, known as autophagy-dependent cell death occurs when cells undergo hyperactivated autophagy. Normally, autophagy regulates normal metabolic processes and breaks down and recycles the valuable parts of damaged or superfluous cell components thus ensuring the cell’s survival, for example in the case of nutrient deficiency. In certain tumor cells, however, hyperactivation of autophagy destroys so much cell material that they are no longer capable of surviving.

“Our experiments with cell lines show that autophagy could support the treatment of glioblastoma brain tumors,” says van Wijk. Glioblastoma is a very aggressive and lethal type of cancer in children and adults that shows only a poor response to chemotherapy. New therapeutic approaches are therefore urgently required. The research group led by van Wijk has now identified an important factor that links the ER stress response with the degradation of the ER (reticulophagy): The “Activating Transcription Factor” ATF4 is produced in increased amounts both during ER stress and under the influence of loperamide. It triggers the destruction of the ER membranes and thus of the ER.

“Conversely, if we block ATF4, far fewer cells in a tumor cell culture die after adding loperamide,” says van Wijk, describing the control results. In addition, the research group was able to detect ER debris in loperamide-treated cells under the electron microscope. “ER degradation, that is, reticulophagy, visibly contributes to the demise of glioblastoma cells,” says van Wijk. The team also showed that loperamide triggers only autophagy but not cell death in other cells, such as embryonic mouse fibroblasts. “Normally, loperamide, when taken as a remedy against diarrhea, binds to particular binding sites in the intestine and is not taken up by the bowel and is therefore harmless”.

Mechanism of action also applicable to other diseases