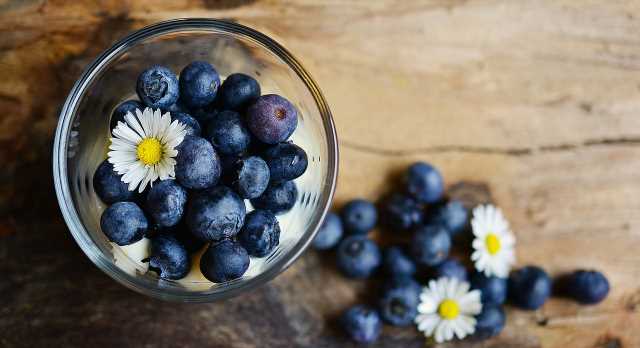 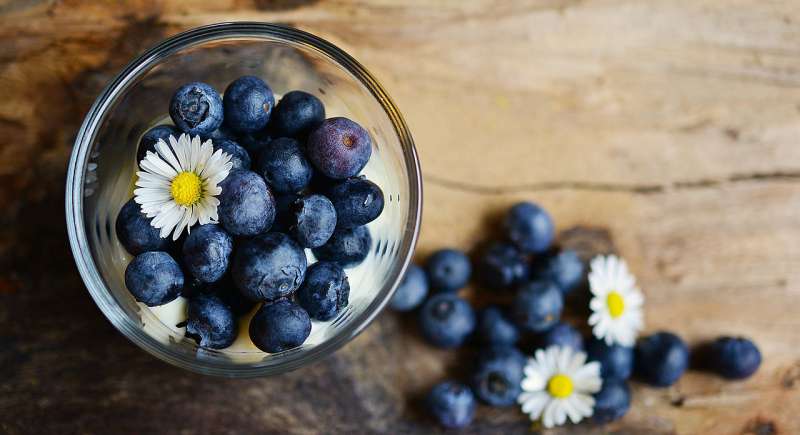 Extracts from blueberries and blackcurrants prevent infection by measles and herpes viruses in cell cultures. Würzburg researchers were very surprised by this.

For a long time, certain plant extracts and natural substances have been considered to strengthen the immune system or even promote healing in various diseases. These also include diseases caused by viruses.

But how can such relationships be investigated and suitable active ingredient candidates identified for further testing with as little effort as possible?

Researchers today use screening methods that can provide information on desired or undesired effects on biological cells “in vitro,” i.e., outside a living organism. Standardized cell cultures are used so that the results are comparable and reproducible.

A variety of viral infection systems

Researchers at the Fraunhofer Translational Center for Regenerative Therapies at the Fraunhofer Institute for Silicate Research ISC and at the Institute of Virology and Immunobiology at Julius-Maximilians-Universität Würzburg (JMU) have a variety of viral infection systems at their disposal. Cells are infected with different viruses and it is analyzed whether certain substances inhibit the multiplication of viruses.

These tests can be standardized and do not require animal experiments. This means that meaningful results can be obtained quickly. The collaboration of both research groups has led to the development of so-called 3D cell culture infection models, which allow very patient-oriented infection studies with different viruses.

Toxicity analyses in the first step

As part of a research cooperation with the Research & Development Innovation department of Evonik Operations GmbH, analyses of the antiviral effect of plant extracts were currently being carried out. Cell lines developed for studies on specific viral infections served as the basis.

“In the first step, we carried out toxicity analyses of the plant drug candidates to determine whether and in what concentrations the substances are tolerated by the cell cultures,” explains Dr. Maria Steinke, head of the project at the Fraunhofer Translational Center for Regenerative Therapies. For the subsequent tests on efficacy against viruses, only the substances and concentrations identified as cell-compatible were used.

The study used herpes and measles viruses modified in that way that infected cells fluoresce green. Substances inhibiting infection by viruses thus caused fewer cells to glow green under UV light. The number of infected cells in the cultures could thus be managed by automated counting.

Antiviral effect came as a surprise

In the antiviral experiments, nine active ingredient candidates were added to the cell systems and the effect on the infection process was investigated. The data collected show that a mixture of extracts of blackcurrants and blueberries with a high anthocyanin content (Healthberry 865) and the corresponding individual extracts have in vitro antiviral properties against measles and herpes viruses.

“Together with Prof. Dr. Bodem’s team, we have already carried out such efficacy tests for many companies, but very often the effects actually hoped for can hardly be demonstrated, or not at all. That’s why the detectable antiviral effect of the substances in this study came as almost a surprise to us,” reports Dr. Steinke.

Both research groups also succeeded in identifying the active antiviral components in the extracts. This is also an essential step for active ingredient development. The data also show that the natural substances can complement conventional antiviral therapies.

Measle viruses were inhibited, but not the measles vaccine virus

“Overall, our study has shown very interesting results on the efficacy of plant extracts on viruses in vitro,” said Prof. Dr. Jochen Bodem. “This is because some of the substances studied inhibit measles virus infection, but not the measles vaccine virus used for vaccination. Thus, vaccination would be possible in addition to preventive treatment, should it be possible to develop a therapeutic agent based on the plant constituents. By identifying the active ingredients in the extracts, we have succeeded in taking a first step in this direction.”

The collaboration between the research groups of Jochen Bodem and Maria Steinke has thus also laid a foundation for the use of near-patient, cell-based 3D models.