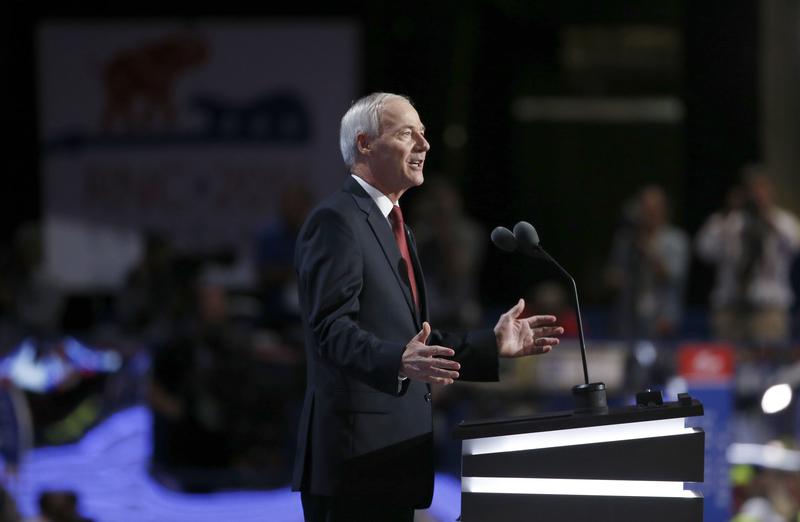 (Reuters) – Arkansas Governor Asa Hutchinson on Monday vetoed a bill that would have made the state the first in the country to prevent doctors from providing certain types of care to transgender youth.

But his veto could be overridden by a simple majority vote in the Arkansas Senate and House, which passed the bill with sizeable majorities.

At least 16 other states are considering similar legislation, which transgender advocates have attacked, saying that cutting off badly needed care to adolescents would inevitably lead to more suicides. Civil rights organizations have also pledged to sue to stop any such measures that might pass.

Hutchinson’s veto was a bit of a reversal from his action on another transgender bill just one week ago, when he signed into a law a bill that bans transgender women and girls from playing female sports.

The Arkansas bills are part of a wave of legislation that Republicans have introduced on transgender issues this year – a record 93 bills in at least 22 states, according to Human Rights Campaign, an LGBTQ organization.

But rather than again side with social conservatives on a transgender issue, Hutchinson, a Republican in his second and final term, offered a small-government conservative argument for opposing what he otherwise called a “well-intended” bill.

“The state should not presume to jump in to the middle of every medical, human and ethical issue. This would be, and is, a vast government overreach,” Hutchinson told reporters, saying he expected the legislature to take up an override vote.

The bill’s language threatens to revoke the medical licenses of any healthcare professionals who provide puberty blockers, cross-sex hormones or gender-affirming surgery to minors, and it opens healthcare providers up to lawsuits from patients who later regret their procedures.

Arkansas had become the second state after Mississippi to pass a law that bans transgender women and girls from playing female sports. Idaho passed a similar law last year that has been blocked by federal court.

Alabama and Tennessee are among the states advancing toward transgender healthcare bans for teens.

Proponents say they want to protect kids from medical procedures that they will later regret. They also accuse transgender advocates of minimizing the side effects and downplaying cases where transgender people reverse their decision to transition.

But critics say the proposals are unconstitutional, defy the best medical science, and rely on outdated stereotypes, seeing them as a political ploy to whip up right-wing outrage. They heavily lobbied Hutchinson for a veto.

“This veto belongs to the thousands of Arkansans who spoke out against this discriminatory bill, especially the young people, parents, and pediatricians who never stopped fighting this anti-trans attack,” Holly Dickson, director of the American Civil Liberties Union in Arkansas, said in a statement, vowing to sue if the legislature overrides the veto.

Experts say each step in an adolescent’s treatment is undertaken with the consultation of doctors, therapists and social workers, often over months if not years.