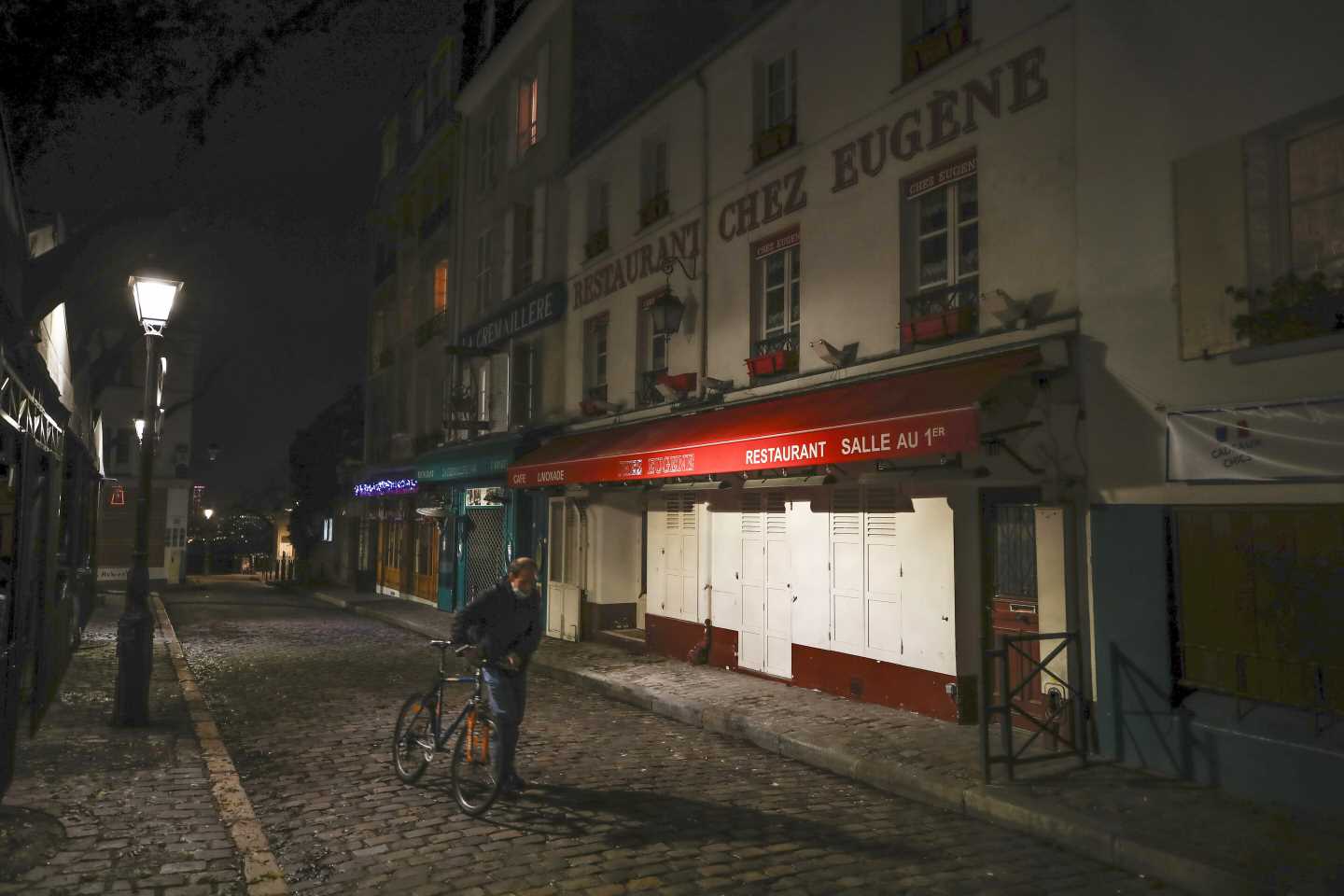 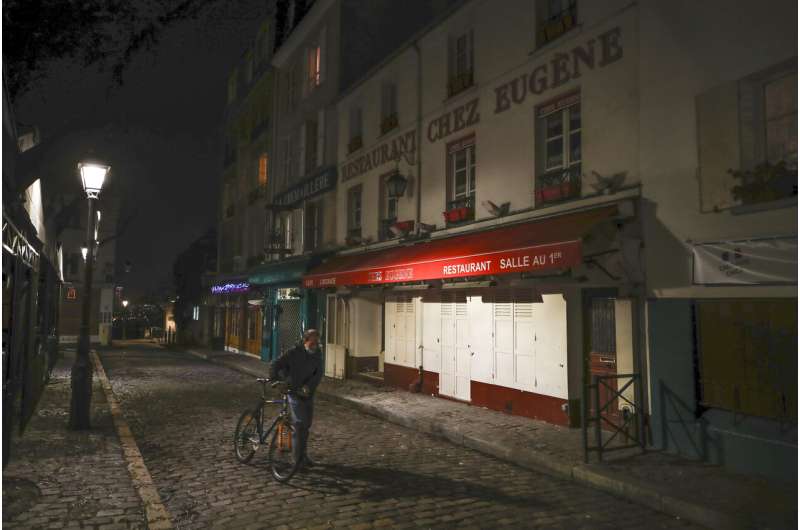 As the wan winter sun sets over France’s Champagne region, the countdown clock kicks in.

Laborers stop pruning the vines as the light fades at about 4:30 p.m., leaving them 90 minutes to come in from the cold, change out of their work clothes, hop in their cars and zoom home before a 6 p.m. coronavirus curfew.

Forget about any after-work socializing with friends, after-school clubs for children or doing any evening shopping beyond quick trips for essentials. Police on patrol demand valid reasons from people seen out and about. For those without them, the threat of mounting fines for curfew-breakers is increasingly making life outside of the weekends all work and no play.

Trying to fend off the need for a third nationwide lockdown that would further dent Europe’s second-largest economy and put more jobs in danger, France is instead opting for creeping curfews. Big chunks of eastern France, including most of its regions that border Belgium, Germany, Switzerland and Italy, face 6 p.m.-to-6 a.m. restrictions on movement.

The rest of France could quickly follow suit, losing two extra hours of liberty that have been just enough for residents to maintain bare-bones social lives.

Until a couple of weeks ago, the nightly curfew didn’t kick in until 8 p.m. in Prat’s region, the Marne. Customers still stopped to buy bottles of his family’s bubbly wines on their way home, he said. But when the cut-off time was advanced to 6 p.m. to slow viral infections, the drinkers disappeared. 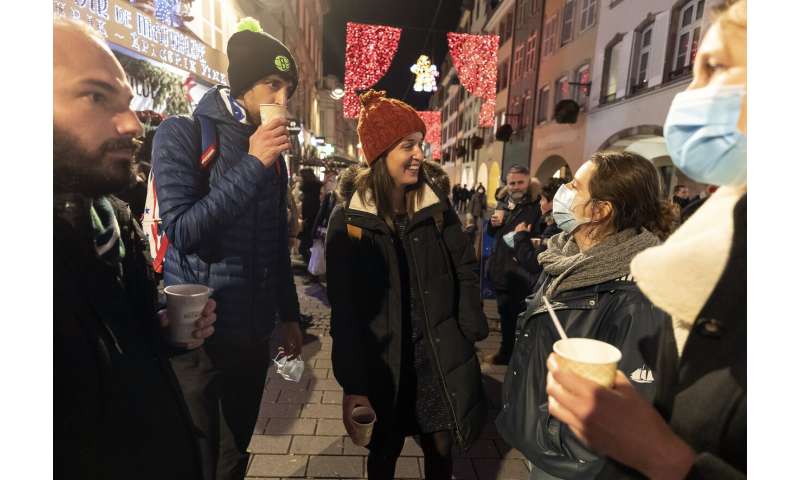 The village where retiree Jerome Brunault lives alone in the Burgundy wine region is also in one of the 6 p.m. curfew zones. The 67-year-old says his solitude weighs more heavily without the opportunity for early evening drinks, nibbles and chats with friends, the so-called “apero” get-togethers so beloved by the French that were but still feasible when curfew started two hours later.

“With the 6 p.m. curfew, we cannot go to see friends for a drink anymore,” Brunault said. “I now spend my days not talking to anyone except for the baker and some people by phone.”

Imposing a 6 p.m. curfew nationwide is among options the French government is considering in response to rising infections and the spread of a particularly contagious virus variant that has swept across Britain, where new infections and virus deaths have soared.

Prime Minister Jean Castex could announce a curfew extension Thursday evening, as well as other restrictions, to fight the virus in a country that has seen over 69,000 confirmed virus deaths.

An earlier curfew combats virus transmission “precisely because it serves to limit social interactions that people can have at the end of the day, for example in private homes,” French government spokesman Gabriel Attal says.

Overnight curfews have become the norm in swaths of Europe but the 6 p.m.-to-6 a.m. curfew in 25 regions of eastern France is the most restrictive anywhere in the European Union’s 27 nations. Others countries’ curfews all start later and often finish earlier.

The curfew in Italy runs from 10 p.m. to 5 a.m., as does the Friday night to Sunday morning curfew in Latvia. Regions of Belgium that speak French have a 10 p.m. to 6 a.m. curfew while in Belgium’s Dutch-speaking region, the hours are midnight to 5 a.m.

People out between 8 p.m. and 5 a.m. in Hungary must be able to show police written proof from their employers that they are either working or commuting. 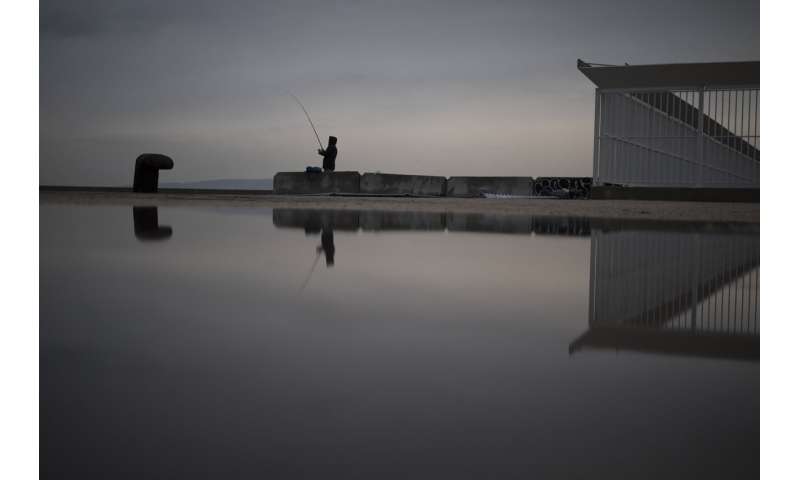 There are no curfews in Bulgaria, Croatia, Denmark, Estonia, Finland, Ireland, Lithuania, Malta, Sweden, Poland or the Netherlands, although the Dutch government is thinking about whether imposing a curfew would slow new COVID-19 cases.

In France, critics of the 6 p.m. curfew say the earlier time actually crams people together more after work, when they pile onto public transportation, clog roads and shop for groceries in a narrow rush-hour window before they must be home.

Women’s rugby coach Felicie Guinot says negotiating rush-hour traffic in Marseille has become a nightmare. The city in southern France is among the places where the more contagious virus variant has started to flare.

In historic Besançon, the fortressed city that was the hometown of “Les Misérables” author Victor Hugo, music store owner Jean-Charles Valley says the 6 p.m. deadline means people no longer drop by after work to play with the guitars and other instruments that he sells. Instead, they rush home.

In Dijon, the French city known for its pungent mustard, working mother of two Celine Bourdin says her life has narrowed to “dropping kids at school and going to work, then going back home, helping kids with homework and preparing dinner.”

But even that cycle is better than a repeat of France’s lockdown at the start of the pandemic, when schools also closed, Bourdin says.