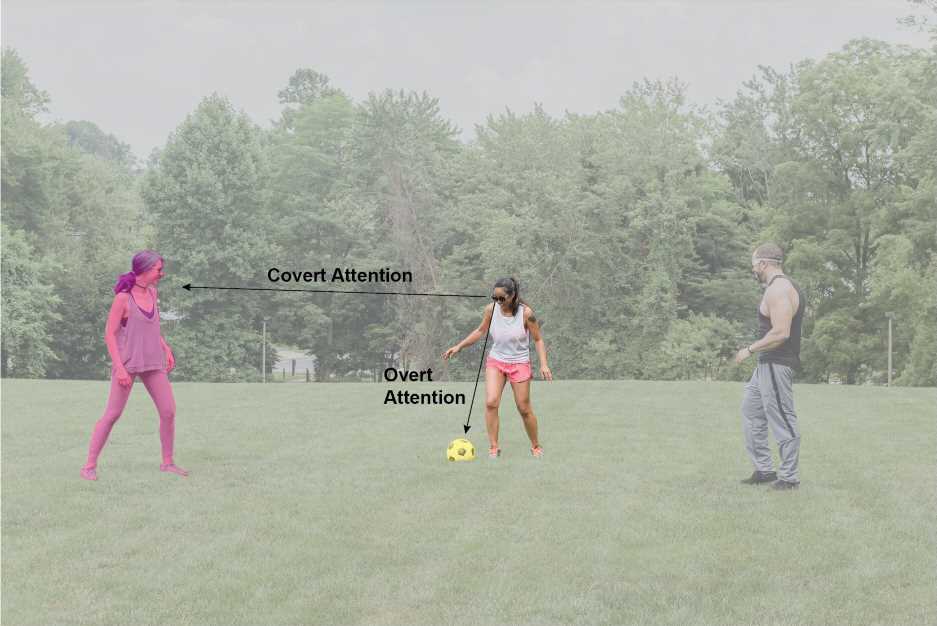 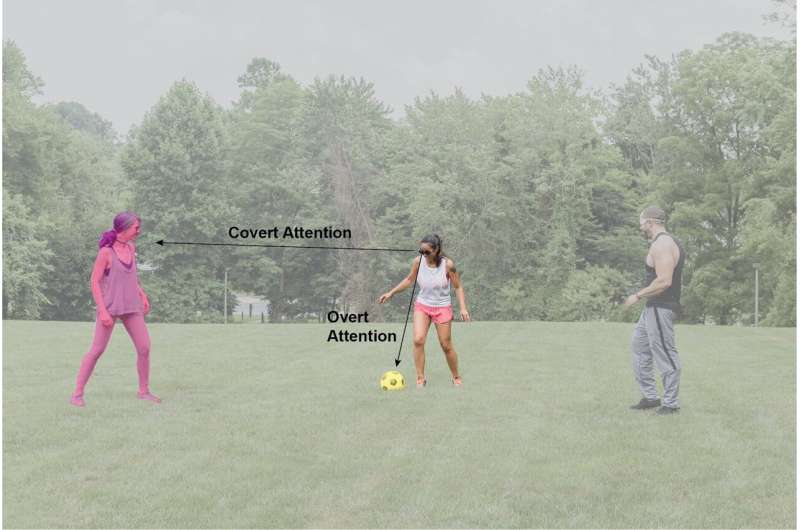 Minuscule involuntary eye movements, known as microsaccades, can occur even while one is carefully staring at a fixed point in space. When paying attention to something in the peripheral vision (called covert attention), these microsaccades sometimes align towards the object of interest. New research by National Eye Institute (NEI) investigators shows that while these microsaccades seem to boost or diminish the strength of the brain signals underlying attention, the eye movements are not drivers of those brain signals. The findings will help researchers interpret studies about covert attention and may open new areas for research into attention disorders and behavior.

Scientists working on the neuroscience of attention have recently become concerned that because both attention and eye movements, like microsaccades, involve the same groups of neurons in the brain, that microsaccades might be required for shifting attention.

“If microsaccades were driving attention, that would bring into question a lot of previous research in the field.” said Richard Krauzlis, Ph.D., chief of the NEI Section on Eye Movements and Visual Selection, and senior author of a study report on the research. “This work shows that while microsaccades and attention do share some mechanisms, covert attention is not driven by eye movements.”

Krauzlis’ previous research has shown that covert attention causes a modulation of certain neuronal signals in an evolutionarily ancient area of the brain called the superior colliculus, which is involved in the detection of events. When attention is being paid to a particular area—for example, the right-hand side of one’s peripheral vision—signals in the superior colliculus relating to events that occur in that area will receive an extra boost, while signals relating to events occurring somewhere else, like on the left-hand side, will be depressed.

When something shows up in our peripheral vision, we quickly shift our eyes—make a large saccade toward the event to take a better look. This movement brings the event into our high-resolution central vision. These eye movements are accompanied by a general decrease in visual signals, as the brain ignores the quickly shifting visual information received by the eye. In laboratory studies of covert attention, primates or people are directed to avoid those types of large saccades, keeping the attended event in the peripheral vision. However, involuntary microsaccades, which are accompanied by similar decreases in visual signals, often occur anyway.

In this study, led by first author Gongchen Yu, Ph.D., the researchers asked whether attention-based signal changes in the superior colliculus are driven by microsaccades, or if the two processes can be separated.

The researchers trained monkeys to hold their eyes straight ahead, while attending to their peripheral vision. The researchers would cue either the left or right side by flashing a ring on the “cued” side. After the cue, the monkeys would release a joystick if they detected a color change on the cued side, while ignoring any color changes on the uncued side. The researchers could measure changes in neuronal activity on both sides of the superior colliculus, detecting a boost to the cued side, and lower signals on the uncued side.

In essence, although the eye movement would also trigger changes to neuronal signals in the superior colliculus, attention-related signals occurred independently of the eye movement signals.

“While the neuronal circuits activated by these two systems do overlap, the link between microsaccades and attention is not a causal one,” Krauzlis said.