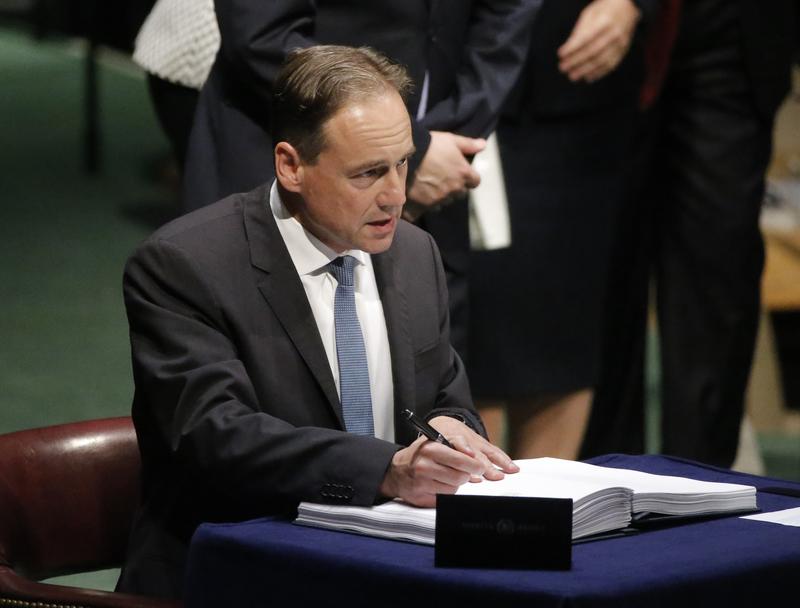 SYDNEY (Reuters) – Australian health minister Greg Hunt is expected to make a full recovery after being admitted to hospital with a suspected infection two days after taking a COVID-19 vaccine, his office said on Tuesday.

The previous day, Hunt said on Twitter that he had been inoculated at the weekend with AstraZeneca Plc’s COVID-19 vaccine, one of two being distributed in the country.

Hunt, 55, will stay overnight for observation and is receiving antibiotics and fluid, his office said, without describing his symptoms or saying when he was admitted to hospital.

“The minister is expected to make a full recovery,” it said in a statement. “His condition is not considered to be related to the vaccine.”