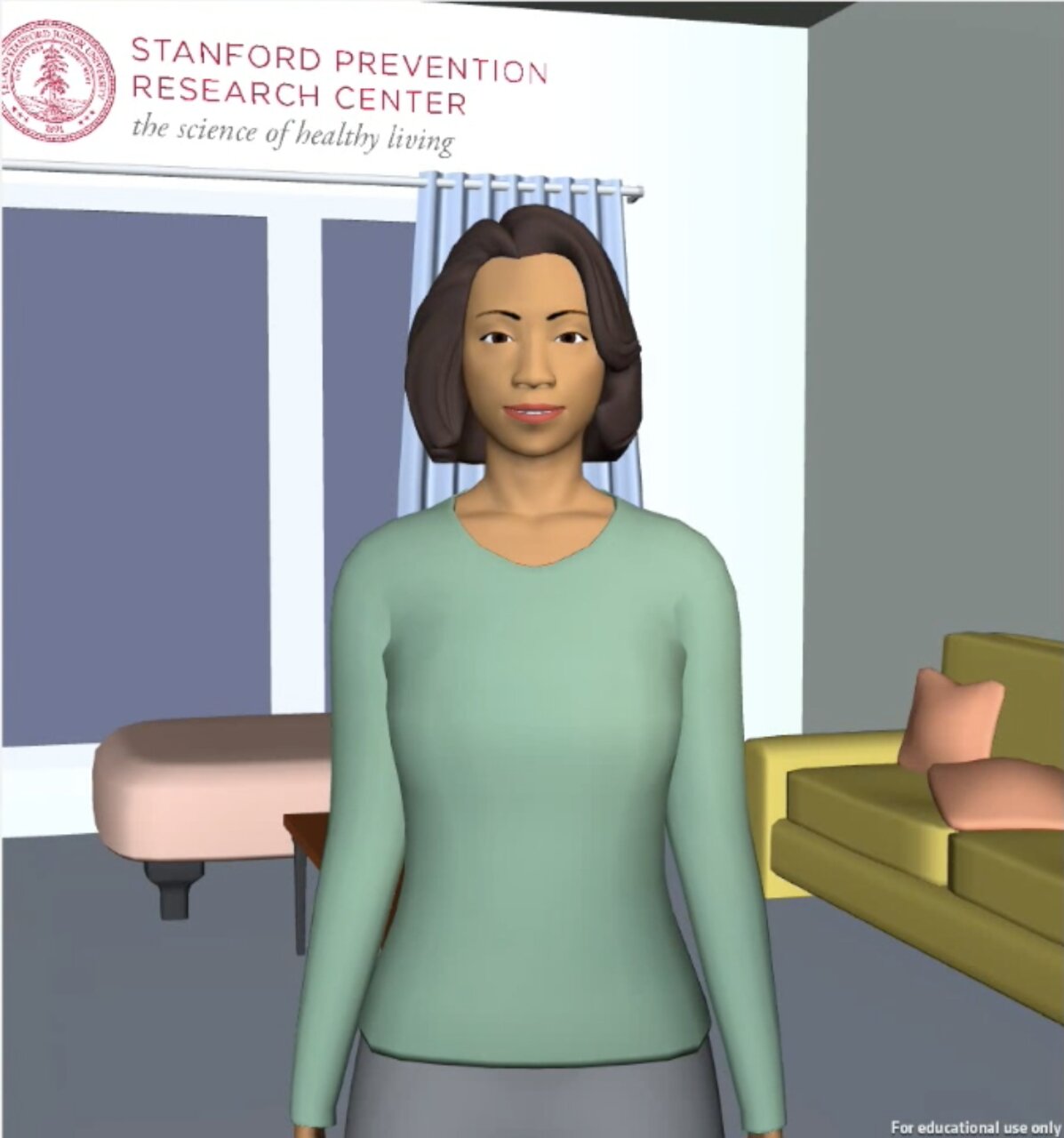 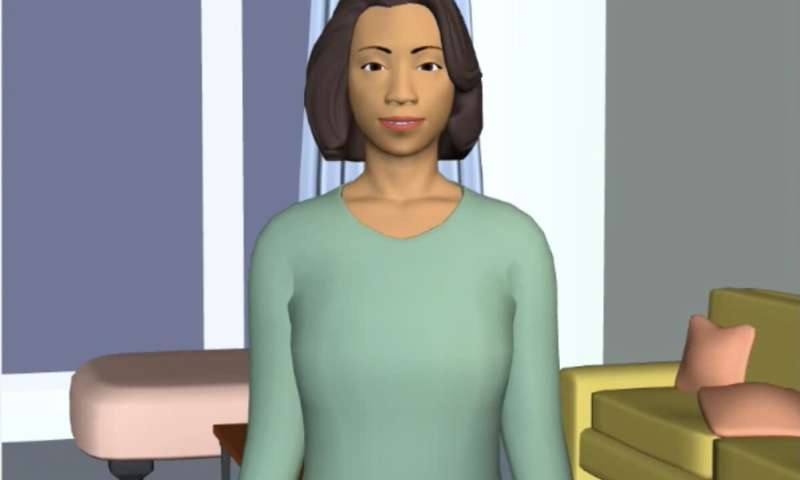 Sedentary adults looking to spend less time on their keisters and more on their feet may find help from a virtual counselor, according to a new Stanford Medicine study.

It’s no secret that physical activity is good for the body, but studies have shown that certain populations still face challenges when it comes to meeting the recommended amount of daily exercise.

“In particular, we see that adults who are around age 50 and up tend to struggle with maintaining adequate physical activity,” said Abby King, Ph.D., professor of medicine and of epidemiology and population health, who was the lead author of the study. “But this is an age when people can really benefit from even small amounts of regular physical activities such as walking; it’s important for lowering the risk of a number of diseases and health conditions, such as Type 2 diabetes and obesity.”

The study targeted Latino individuals because they tend to have higher rates of obesity and diabetes, King said, and because physical activity programs in the United States are often offered only in English.

The paper will be published online Sept. 28 in JAMA Internal Medicine. Timothy Bickmore, Ph.D., professor of computer sciences and associate dean of research at Northeastern University, is the senior author.

For about 25 years, King and her colleagues have been running an evidence-supported physical activity advising program called Active Choices, in which advisers speak with individuals by phone to help them improve their exercise habits. The program is effective, but training people to encourage physical activity—in multiple languages and regions—can be time-consuming and expensive. King and Bickmore decided to test a different approach, one that harnessed a virtual, computer-based adviser named Carmen, which they had developed and successfully tested in a smaller pilot study.

They wanted to determine whether Carmen, who takes a digitized human form similar to a Sims character and speaks both Spanish and English, could encourage underactive adults to spend more time walking. The study, called Computerized Physical Activity Support for Seniors, or COMPASS, showed that Carmen was as effective as trained peer advisers in helping participants walk more regularly.

King hopes that by demonstrating that virtual advisers are effective, the study will encourage the development of more such aids. In the long run, she sees this type of virtual advising as a way of improving accessibility to personalized counseling that helps normally inactive people lower their health risks through more regular physical activity.

Those who know Carmen might describe her as kind, supportive, nonjudgmental and surprisingly personable. King and Bickmore drew from computer and communication sciences, as well as behavioral psychology, to imbue Carmen with the power to not only interact with participants and ask them about their day, but also provide them with personalized, simple feedback and tools that encourage regular physical activity.

The study compared Carmen with a group of trained peer advisers. Either Carmen or human advisers counseled 245 Latino participants between the ages of 50 and 87 who reported underactive lifestyles and lived in the San Francisco Bay Area. For a year, the participants visited their local community centers, where about half of them engaged with Carmen through a computer screen. The other half spoke with a human adviser. Their conversations were conducted in much the same way: The adviser, whether virtual or human, would ask how the participant’s day was going and would inquire about progress toward the nationally recommended amount of physical activity for older adults: 150 or more minutes of walking or similar, moderate-intensity activity per week.

The participants were equipped with a pedometer to track their steps, which they reported to either Carmen or their human adviser during their sessions.

For the participants assigned to the virtual adviser, Carmen spoke through the computer’s speaker, and the participants responded by selecting simple options on the computer screen. Guided by an algorithm programmed by Bickmore and his team, Carmen inquired about the participants’ progress toward their walking goals. Participants could say that they were on track, in which case Carmen encouraged them to stay the course; or they could let her know that they were behind on their goals, in which case Carmen asked them why they thought that was, encouraged them to think about the barriers they faced and helped them find a solution.

Carmen wasn’t just focused on the business of coaching. For instance, during the month of December, she wished participants a happy holiday season, confessing that she couldn’t make it to her office’s holiday potluck because she’d been too busy buying gifts. She even set a New Year’s resolution for herself: be less glitchy.

At the close of the study, the data showed that those who were coached by Carmen increased their activity significantly, walking about 154 minutes more per week on average. This was on par with those who were coached by a human; they reported about 132 minutes more walking per week. In an added bonus, King said, participants in both programs lost an average of about five pounds over the course of the study.

Carmen helped study participant Regina Sosa increase her steps from an average of 2,500 to 10,000 per day. “I’ve really enjoyed it and feel like I get a lot out of it. Every day, I just try to get more and more steps because I know I’m going to go in and report my progress to Carmen,” Sosa said. “It really made me get up and get out of my house.”