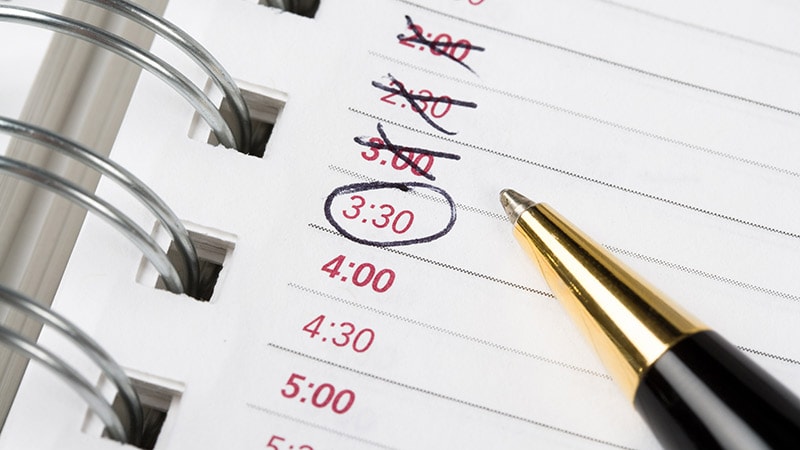 Even during the panic of the first wave of COVID-19 last spring, only 6% of the US population reported that providers had canceled or postponed their scheduled care for non–COVID-19 conditions, according to a new study in Health Affairs.

A Kaiser Family Foundation survey conducted in May 2020, however, found that nearly 50% of respondents had postponed or canceled medical care during the previous 3 months. Similarly, a study by The Commonwealth Fund, Harvard University, and Phreesia found that visits to ambulatory care providers fell nearly 60% during March 2020.

Looked at side by side, the Health Affairs study and the earlier surveys suggest that most of the drop-off in non–COVID-19 care last spring can be attributed to patients’ decisions to avoid healthcare settings where they might contract COVID-19, said study coauthor Kevin Callison, PhD, assistant professor in the Department of Health Policy and Management at the Tulane School of Public Health and Tropical Medicine, New Orleans, Louisiana, in an interview with Medscape Medical News.

In addition, the study shows, some of the disruption in care during that period can be attributed to the postponement of elective procedures, diagnostic screenings, and dental and vision care.

The study data came from two sources: the May 2020 file of the Current Population Survey (CPS), a US Census Bureau survey of households, and the CPS’ Annual Social and Economic Supplement in March 2020.

The latter source supplied baseline information on factors that changed over time, such as individuals’ job status, insurance status, and self-reported health. The researchers followed 35,000 people who responded to both surveys. From May to October 2020, the authors noted, the monthly CPS included supplemental questions regarding COVID-19. Among other things, the survey asked whether anyone in the household had needed care in the past month but hadn’t gotten it “because of involuntary delays or cancellations because of the coronavirus.”

A mere 6% of respondents to the May 2020 survey reported involuntary cancellations or delays in non–COVID-19 care during the previous 4 weeks. Extrapolated to the national population, they represented about 1.5 million people, according to the authors’ calculations.

The average age of respondents in the sample was just under 50. Nearly two thirds of the respondents were White; 14% were Hispanic; 12% were Black; 7% were Asian/Pacific Islanders; and 3% were of other races or ethnicities or were multiracial.

Nearly 90% of the survey participants reported being in good or excellent health, and 8% had a work-limiting disability.

Just over half of the sample were high school graduates or had received some college education, 35% had a bachelor’s degree or greater, and 11% had not finished high school.

More than 9 of 10 (91%) respondents had insurance in March 2020. Because of the early effects of the pandemic, 7% of the sample experienced a job loss between March and May. Since only 61% of respondents held jobs prior to the pandemic in March, this represented an 11% decline in employment over 2 months. The loss of coverage had no effect on involuntary disruption of care, the study found.

Overall, the study showed that “older age, being in fair or poor health, greater education, the presence of a work-limiting disability, and having insurance coverage were associated with greater likelihood of experiencing an involuntary disruption in accessing medical care as a result of the COVID-19 pandemic.”

“The picture that the results paint is that people who were higher users of health services prior to the pandemic were more likely to experience delays and disruptions in care,” Callison said.

Thus, for example, racial and ethnic minorities were less likely than white people to experience involuntary disruptions in care. “We know that minority patients have problems with access to care and, as a result, are often forced to seek acute care rather than care that can be delayed,” he pointed out.

The same logic also explains why people with more education and greater access to care were more likely to experience involuntary disruptions in health services than those with less education and less care access, Callison said.

The one data point that didn’t follow the expected story line was the effect of age on care interruptions. While people generally experienced more cancellations and delays in higher age groups, adults aged 65-74 had a rate of care disruption that was 12% higher than that of adults 75 or older.

Callison suggested that this might be because much older people were considered to be at high risk for death from COVID-19. “We think that providers might have been more likely to delay care for that group than for younger groups,” he said.

Since last spring, utilization of healthcare services has largely rebounded, and Callison speculated that involuntary delays in care have diminished greatly. He attributed that partly to improved treatment of COVID-19, the restored capacity of many healthcare facilities, and the expiration of orders to delay or cancel elective procedures.

Also, he noted, people have become more comfortable with seeing physicians in person, which has partly explained the increase in ambulatory visits.

Nevertheless, he added, “we’re not seeing a rebound above pre-pandemic levels to make up for that lost care.”