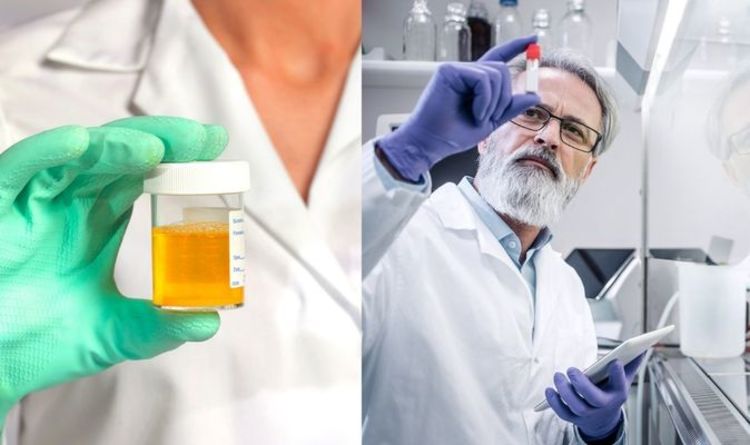 The important symptoms of bladder cancer to remember

If you spot this sign soon enough, bladder cancer can often be found early and is treatable in many cases by radiotherapy or an operation to remove your bladder (cystectomy).

In most cases, blood in the urine (called hematuria) is the first sign of bladder cancer.

Blood may be present one day and absent the next, with the urine remaining clear for weeks or even months.

However, according to the American Cancer Society, if a person has bladder cancer, at some point the blood reappears.

Usually, the early stages of bladder cancer – before it has spread – cause bleeding but little or no pain or other symptoms which makes it hard to diagnose early.

Blood in the urine does not always mean you have bladder cancer. More often than not, it is brought on by other things like an infection, benign tumours, or kidney and bladder stones. Nonetheless, if you experience these symptoms, it important to have it checked by your GP, so the cause can be found.

If bladder cancer reaches an advanced stage and has spread, symptoms can include:

Bladder cancer can sometimes cause changes in urination, such as:

These symptoms are more likely to be caused by a urinary tract infection (UTI), bladder stones, an overactive bladder, or an enlarged prostate in men.

Chemotherapy is the most common treatment of cancers and can lesson the impact of bladder cancer symptoms if used early.

Instead of medicine being put directly into your bladder, chemotherapy put into a vein in your arm. This is known as intravenous chemotherapy and can be used:

There is not enough evidence to say whether chemotherapy is an effective treatment when it is given after surgery to prevent the cancer returning.

According to the NHS, chemotherapy is usually given once a week for two weeks followed by a week off. This cycle will be repeated for a few months.

As the chemotherapy medicine is being injected into your blood, you will experience a wider range of side effects than if you were having chemotherapy directly into the bladder.

Treatment, however, also has its side effects to be wary of. Chemotherapy weakens your immune system, making you more vulnerable to infection.

Other side effects of chemotherapy can include: