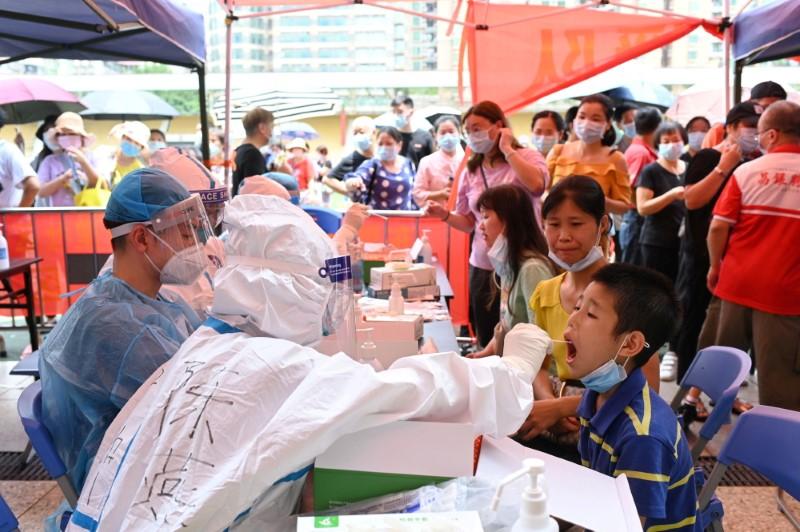 FILE PHOTO: A medical worker collects a swab from a resident during a mass testing for the coronavirus disease (COVID-19) at a makeshift testing site at a stadium in Guangzhou, Guangdong province, China May 30, 2021. cnsphoto via REUTERS

SHANGHAI (Reuters) -China reported 35 new coronavirus cases in the mainland for June 11, up from 22 a day earlier, the country’s health authority said on Saturday.

Of the new cases, eight were local transmissions, compared with nine the previous day, the National Health Commission said. All of the local cases were in southern Guangdong province.

Foshan Shadi Airport will cancel all flights and suspend operations from June 12-22, according to a post on the Weibo social media account of the Foshan municipal government’s information office on Saturday.

Foshan is a city in central Guangdong, which has had an outbreak of new cases since late May.

In the provincial capital of Guangzhou, mass testing of residents has been carried out in several districts while lockdowns have been imposed in certain neighbourhoods.

Authorities also imposed more restrictions on business and social activity in Guangzhou in efforts to curb the coronavirus spread.

As of Friday, China had a total of 91,394 confirmed infections. Its death toll stood unchanged at 4,636.