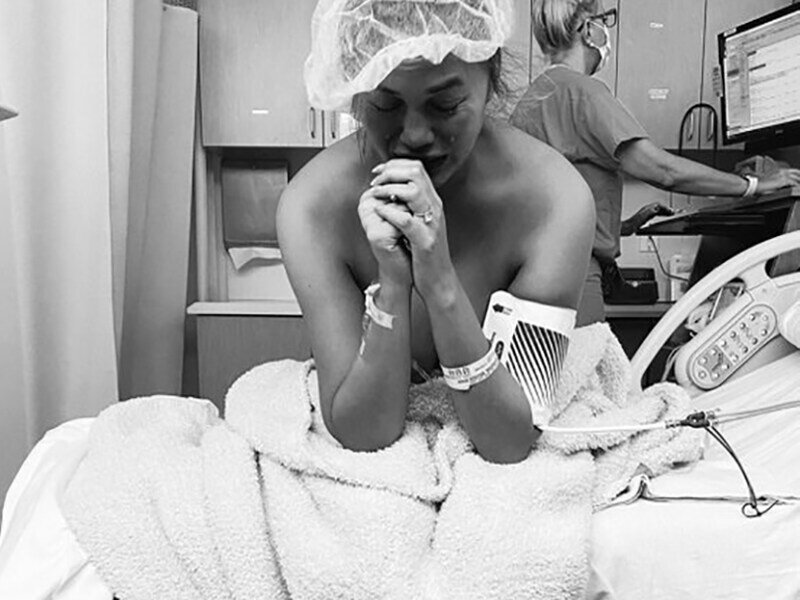 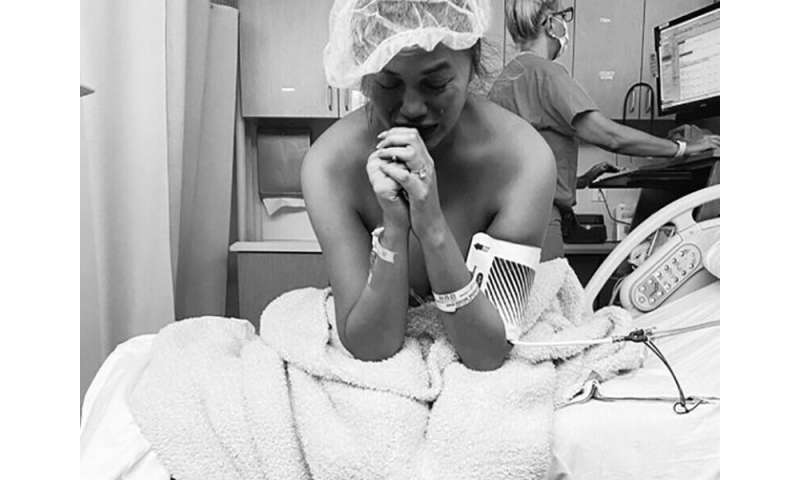 (HealthDay)—Chrissy Teigen’s public disclosure of her pregnancy loss is shining new light on a trauma for couples that’s too often left in the shadows.

The 34-year-old model, cookbook author and social media star announced the loss of her baby boy via Twitter Thursday. She was thought to be halfway through a pregnancy with a baby she and her husband, singer John Legend, had already named Jack.

Earlier this week, Teigen posted on Instagram the news that she’d been hospitalized on Sunday due to excessive bleeding of her placenta.

On Thursday, she tweeted, “Driving home from the hospital with no baby. How can this be real.”

She posted a black and white photo on Twitter showing herself in a praying position on a hospital bed, seemingly in tears.

Teigen’s offbeat humor and penchant for frankness have garnered her a huge following on social media platforms such as Instagram and Twitter. According to The New York Times, her combined following on the platforms exceeds 44 million.

That’s why the public disclosure of her pregnancy loss is so important, said one psychologist.

“The Legend-Teigen family has done a service to many families by opening the conversation surrounding a topic often hidden,” said Jessy Warner-Cohen, senior psychologist at Northwell Health in Lake Success, N.Y.

“Part of the challenge in raising awareness around pregnancy loss is that the majority occur in the earlier stages of pregnancy,” Warner-Cohen noted. “Since it often occurs when a family is less likely to have widely shared news of the pregnancy, many people chose to not discuss their pregnancy loss.”

And miscarriage is not uncommon.

According to Dr. Jennifer Wu, an obstetrician-gynecologist at Lenox Hill Hospital in New York City, “Between 10% and 15% of all pregnancies end in miscarriage.” Wu said there are often genetic reasons behind miscarriage, such as a chromosomal abnormality.

“Most miscarriages happen in the first trimester, often before there is a heartbeat,” she added.

Warner-Cohen said that the event is often “extremely emotionally painful” for couples, and “couples are feeling isolated, as they may not realize there are others who have had a similar experience.”

But in recent years, revelations about miscarriage from a number of celebrities have lifted the veil from this hidden tragedy. Most notably, former First Lady Michelle Obama wrote of her own miscarriage in her 2018 memoir, Becoming.

“What nobody tells you is that miscarriage happens all the time, to more women than you’d ever guess, given the relative silence around it,” Obama said. “I learned this only after I mentioned that I’d miscarried to a couple of friends, who responded by heaping me with love and support and also their own miscarriage stories.”

Superstar singers Beyonce and Celine Dion, as well as actresses Kirstie Alley and Brooke Shields have also opened up about their experience with the loss of a pregnancy.

Teigen and Legend live in New York City with daughter Luna, 4, and son Miles, 2. On Wednesday, Teigen related that despite many transfusions, her baby had not gotten the vital fluids he needed to survive.

“We are shocked and in the kind of deep pain you only hear about, the kind of pain we’ve never felt before,” she wrote on Twitter. “On this darkest of days, we will grieve, we will cry our eyes out. But we will hug and love each other harder and get through it.”