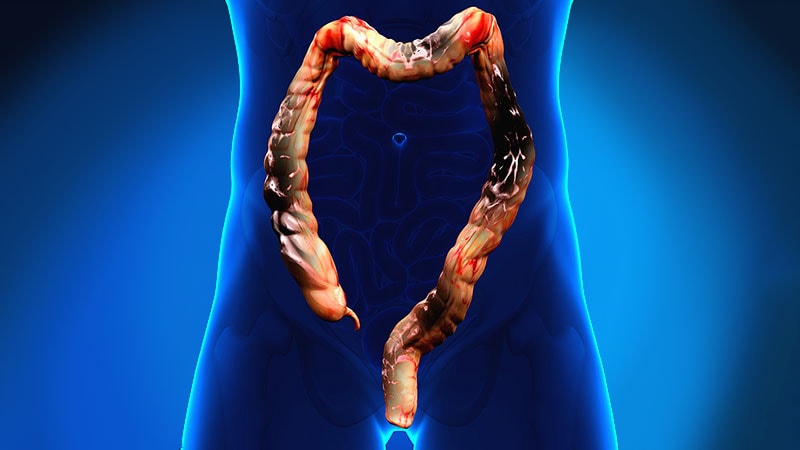 A number of new studies in colorectal cancer have opened in recent months. Maybe one of your patients could benefit from taking part?

Colorectal cancer that is locally advanced or advanced with no plan for resection.  Patients aged 13 years and up with this clinical scenario can join a study that is testing a virtual-reality (VR) system for managing abdominal pain. VR employs goggles with a three-dimensional screen to create the sensation of being immersed in a lifelike world. VR has been used to train patients on how to cope with pain; this is the first randomized, blinded, controlled trial of this technology for gastrointestinal (GI) cancer pain.

Participants will be assigned to one of three groups and use the VR system (Pico G2 4K) daily for 4 weeks. The first group will experience immersive training on self-help for pain reduction. The second group will receive immersive content designed to ‘distract’ them from their pain. The third group will watch two-dimensional, ‘non-immersive’ videos. Abdominal pain is the primary endpoint. Secondary endpoints include opioid use and validated patient-reported outcomes such as physical and mental health. The trial site at Cedars-Sinai Medical Center in Los Angeles started recruiting 360 participants with GI cancers in October. More details at clinicaltrials.gov.

Approached for comment, Medscape contributor John Marshall, MD, professor and chief of the Division of Hematology/Oncology at Georgetown University, Washington, DC, said he was “a bit skeptical” about the VR approach, but “mostly I am hopeful for things like this to help patients.”

Previously treated metastatic colorectal cancer. Adult patients with metastatic colon cancer who could not tolerate or did not respond to first-line metastatic treatment are being recruited for a randomized, phase 2 study testing the power of the Signatera ctDNA assay to guide therapy. Patients will proceed through a prespecified sequence of FDA-approved treatments based on the results of a Signatera liquid biopsy every 2 weeks, with a back-up imaging scan every 12 weeks to catch any disease progression not picked up by the test. The control group will receive treatment guided by imaging only. The study opened in November at the University of Florida. Overall survival (OS) is the primary outcome; quality of life (QoL) will not be tracked. More details at clinicaltrials.gov.

Previously treated, unresectable and locally advanced or metastatic HER2- positive colorectal cancer. Adults with this type of colorectal cancer are sought for an open-label phase 1/2 trial testing the early performance of SBT6050, an experimental treatment that targets HER2 receptors, in combination with standard HER2-directed therapies. Patients will be assigned to one of four groups. The first two groups will receive SBT6050 by subcutaneous injection plus differing doses of intravenous trastuzumab deruxtecan (Enhertu) every 3 weeks. The third and fourth groups will also receive SBT6050 every 3 weeks, with the addition of oral tucatinib (Tukysa) and IV trastuzumab (Herceptin) and, in the fourth group only, oral capecitabine (Xeloda).

The study opened this month at Massachusetts General Hospital in Boston and will expand to sites in North Carolina, Tennessee, and Texas. The trial aims to enroll 328 participants with one of several HER2-postive or HER2-expressing cancers, including colorectal cancer. OS and QoL will not being tracked. More details at clinicaltrials.gov.

The results of this trial will be “likely positive and impactful,” said Marshall.

Previously treated advanced colorectal cancer. Adult patients with advanced colorectal cancer whose disease has progressed despite at least one line of standard systemic therapy can join another open-label phase 1/2 study, this time looking at autologous T-cell therapy. Each patient will receive one infusion of his or her own T cells that have been engineered to express T-cell receptors reactive against the tumor’s antigen-mutation profile. The trial began recruiting 180 participants with solid tumors including colorectal cancer last month at the MD Anderson Cancer Center in Houston. The primary outcomes are objective response rate (ORR) over 2 years, safety, and tolerability. OS is a secondary outcome and QoL will not be assessed. More details at clinicaltrials.gov.

Although Marshall says he remains “ever hopeful,” he predicts that this study is “unlikely to work well.”

Advanced unresectable or metastatic non-MSI-H colorectal cancer. Adults with this type of colorectal cancer are eligible for an open-label phase 2 study testing an experimental interleukin-2 drug called THOR-707 in combination with standard immunotherapy. THOR-707 has been engineered to avoid engaging the alpha receptor, a common cause of toxicities in IL-2 treatment. For up to 2 years, participants will receive either an IV infusion of THOR-707 plus pembrolizumab (Keytruda) every 3 weeks or THOR-707 every 3 weeks plus weekly cetuximab (Erbitux). The study started in December and aims to recruit 280 people with a range of GI cancers worldwide. California is hosting the US site. ORR is the primary endpoint. OS and QoL will not be assessed. More details at clinicaltrials.gov.

This experimental IL-2 approach “may help some,” Marshall said.

Previously treated, unresectable, metastatic PDL1-positive colorectal cancer. Patients with this type of microsatellite-stable colorectal cancer are being sought for a phase 3 trial of a combined formulation of pembrolizumab and favezelimab, an investigational checkpoint inhibitor directed against lymphocyte-activation-gene-3 protein (LAG3). Early research showed that favezelimab’s effectiveness was boosted by pembrolizumab, prompting the combined formulation. Participants in the experimental group will receive the coformulation as an IV infusion every 3 weeks for up to 2 years. The control group will receive standard of care: either oral regorafenib (Stivarga, Regonix) or oral TAS-102 (Lonsurf). OS is the primary endpoint and QoL will be tracked. Study sites worldwide and in seven US states started recruiting 432 participants in November. More details at clinicaltrials.gov.

Marshall’s center is participating in this trial, so he was not approached for comment on its efficacy.

All trial information is from the National Institutes of Health US National Library of Medicine (online at clinicaltrials.gov). Marshall has a regular Medscape column, Marshall on Oncology . He reports serving as sp eaker or member of a speakers bureau for Genentech, Amgen, Bayer, Celgene Corporation, and Caris Life Sciences.