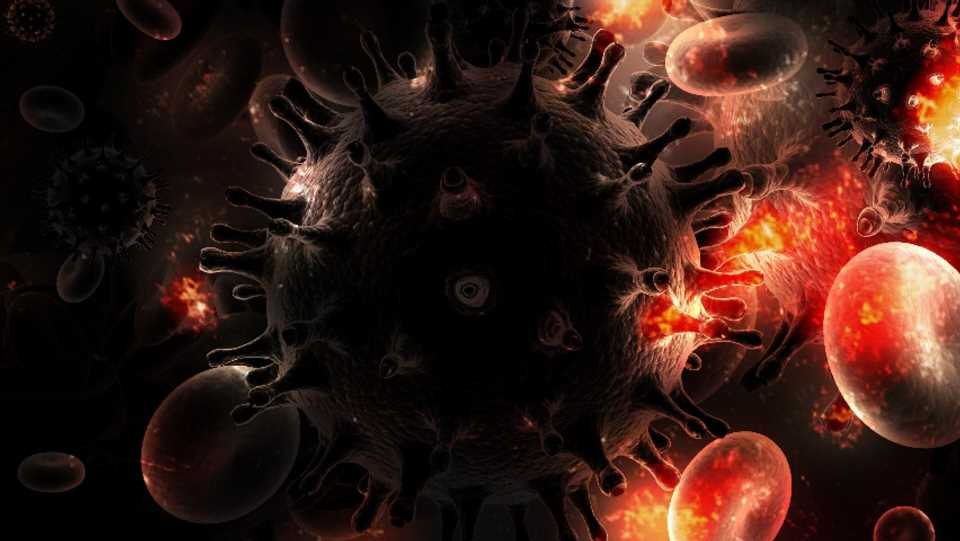 Based on official figures—which may be somewhat under reported—COVID-19 has not been as devastating in South Africa as initially feared.

Back in March and April this year case numbers on the continent were still modest. But predictions and projections were somber. There seemed to be consensus that African countries had weak public health systems and few testing facilities, and containment and social distancing were going to be problematic in poor communities.

More specifically, local and international organizations pointed to the fact that these areas typically have the highest incidence of immuno-compromised individuals. Experts feared that the tens of millions with HIV and tuberculosis would be disproportionately affected by COVID-19.

That did not bode well for South Africa, where well over seven million people are believed to have HIV. The immune systems of these individuals are notoriously weak, often unable to fight infections. Fears were that COVID-19 would be devastating to this community.

Those dire forecasts have, so far, not been realized. Around half of the COVID-19 cases on the continent were from South Africa. The country’s COVID-19 cases were around 653,400 as of mid-September. Some 15,705 people are estimated to have died from COVID-19; a tragic number, but not nearly as many as predicted by some. Early predictions were that symptomatic cases of COVID-19 in South Africa could surpass a million by July with 30,000 deaths by November 2020.

These comparatively “low” numbers have come as a surprise. Many possible explanations for this modest-by-comparison outbreak are being floated.

Some insights into previous outbreaks of human coronaviruses may be useful in this regard. My laboratory recently reviewed what is known at this stage—and what is still unknown—about co-infections of HIV and coronaviruses.

Of these, the four most common and still circulating are reported to cause about 10%-30% of all common colds globally. Fortunately, research shows that they cause no more than mild to moderate cold symptoms. In rare cases, these human coronaviruses can cause more serious respiratory disease in children, the elderly, the immuno-compromised such as people with HIV and people with underlying illness. But, as far as we know, deaths as a result of infections from the “common” human coronaviruses are quite rare.

Then there are three more pathogenic or life-threatening coronaviruses. The first among these to appear among humans is the Severe Acute Respiratory Syndrome Coronavirus (SARS-CoV), which causes severe acute respiratory syndrome, or SARS, which killed around 10% of the just-over 8,000 people who were infected.

We have learned that there are a number of factors linked to severe disease and death from SARS-CoV-2. These include advanced age; being a male; and the presence of other pre-existing medical conditions including obesity, diabetes, heart disease, lung disease and kidney disease. This doesn’t mean that the young and women are immune to the disease. They can catch the virus, and pass it on to others.

Of particular interest in South Africa is the risk of COVID-19 and HIV co-infections.

The HIV and CoV interactions

Before the COVID-19 pandemic, there was a lack of published academic work on HIV and coronavirus co-infections. This is, in part, why the specter of COVID-19 running amok in countries with large numbers of people living with HIV—like South Africa—raised anxiety levels. Particularly because, as early as the late 1980s, coronaviruses had been shown to be agents of opportunistic infections in immunocompromised hosts, and were linked to diarrhoeal disease among AIDS patients.

But otherwise, there were few known associations between HIV and coronaviruses. I know of only one reported case of an HIV-positive person infected with SARS during the 2003 outbreak. This person recovered fully from SARS.

During the same period, another study reported on a connection between HIV and SARS. In this case, 19 HIV-positive patients shared a hospital ward with 95 patients confirmed positive for SARS. Somehow, none of the HIV-positive patients became infected with the SARS-CoV. Six of the 28 medical personnel who worked in the ward were infected. At the time, researchers began speculating that antiretroviral treatment was offering patients with HIV some protection against the SARS-CoV. But, since SARS-CoV disappeared so quickly from the human population, this was not positively established.

The COVID-19 pandemic has propelled the study of HIV-coronavirus co-infections.

My laboratory recently published an overview of studies that looked at COVID-19 infections among more than 11,000 HIV-positive individuals. The risk associated with coinfections is still a matter of debate. But the estimated COVID-19 prevalence reported in various studies does not suggest increased rates of hospitalization or mortality in HIV-positive patient populations. Clinical characteristics and disease outcomes were comparable to those described for the general population with COVID-19.

The reasons for these infection and mortality rates are still unclear. But scientists have come up with several interesting hypotheses.

One is that antiretroviral treatments have anti-CoV properties and offer some level of protection against COVID-19 infection. Another is that the weakened immune system of people with HIV stops it from “overreacting” to the presence of the coronavirus. In this way it averts the elevated inflammation that is being associated with COVID-19. A related argument has been made that because the helper T-cells have been deactivated in HIV-positive patients, the response of the immune system is tempered, again limiting the risks of excessive inflammation.

A more intriguing hypothesis suggests that the original HIV infection changes the host cells so they no longer offer a favorable environment for other viruses. This phenomenon is called “viral interference.” And it’s been argued that some cold-causing viruses have stopped at least one flu pandemic in Europe in its tracks in 2009.

Concern over HIV-positive patients is understandable. But current data from the COVID-19 pandemic—and past experiences with SARS and MERS—suggest that they do not form an at-risk group. This raises the question of whether HIV serves as an immunological shield against more severe forms of the new disease.

What has been quite apparent from the start is that old age and co-morbidities such as obesity, hypertension and diabetes are more telling considerations in both general infections and HIV/SARS-CoV-2 co-infections.