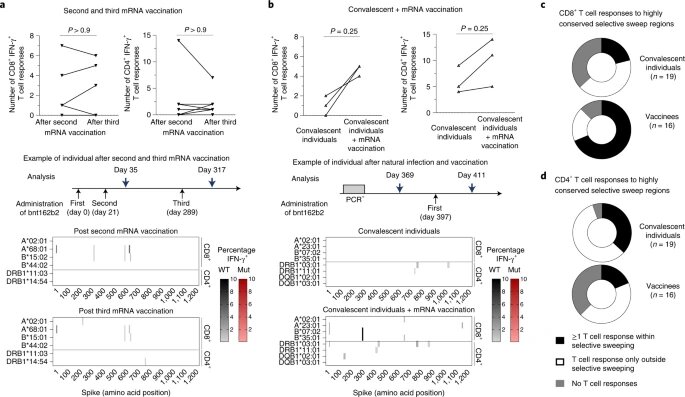 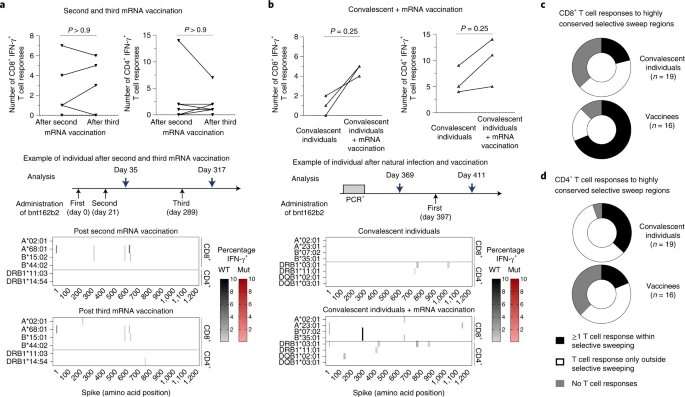 The omicron variant of SARS-CoV-2 has caused another major wave of infection worldwide. This is because even vaccinated individuals or those who had contracted a previous variant of the virus can become infected with omicron. Nevertheless, severe courses are relatively rare. Scientists at the Medical Center–University of Freiburg have now broken down in detail how the cross-variant protection against infection or severe disease progression arises. The researchers published their results on April 28, 2022 in the online edition of the journal Nature Microbiology.

“We were able to show in our study that memory T cells formed after vaccination or infection with an earlier SARS-CoV-2 variant can also recognize the omicron variant very well and protect against a severe course of infection,” explains co-study leader Dr. Maike Hofmann, who heads a research group in the Department of Internal Medicine II at the Medical Center–University of Freiburg. Hofmann will be awarded the Heinz Maier-Leibnitz Prize by the German Research Foundation next week for her research. “The binding ability of the antibodies to the omicron variant is greatly reduced. Therefore, even after a vaccination booster, they protect only quite briefly against infection with the omicron variant,” Hofmann adds.

The scientists also investigated possible differences in the immune responses of the recovered and the vaccinated. “Both groups have a broad T-cell response: in recovered individuals, the T-cells recognize multiple viral proteins. In the vaccinated, the immune response is essentially directed against the spike protein, which is, after all, made from the mRNA vaccine in the body and then causes the immune response. The T-cell response against the spike protein is broader and stronger in vaccinated individuals than in recovered individuals,” reports co-study leader Prof. Dr. Christoph Neumann-Haefelin, head of the Gerok Liver Center at the Medical Center–University of Freiburg. “If recovered persons are vaccinated, T-cell responses also turn out to be more diverse, thus increasing protection against severe disease progression in future infections,” says Neumann-Haefelin.

Two of the first authors of this work are the two young scientifically active physicians Dr. Julia Lang-Meli and Dr. Hendrik Luxenburger. They are supported, among other things, by the “Clinician Scientist” program IMM-PACT at the Medical Center–University of Freiburg, which is funded by the German Research Foundation. It allows young physicians to be released for research. “These important results have only been possible thanks to the close networking of clinic and research,” emphasizes Prof. Dr. Robert Thimme, Medical Director of the Department of Internal Medicine II at the Medical Center–University of Freiburg.