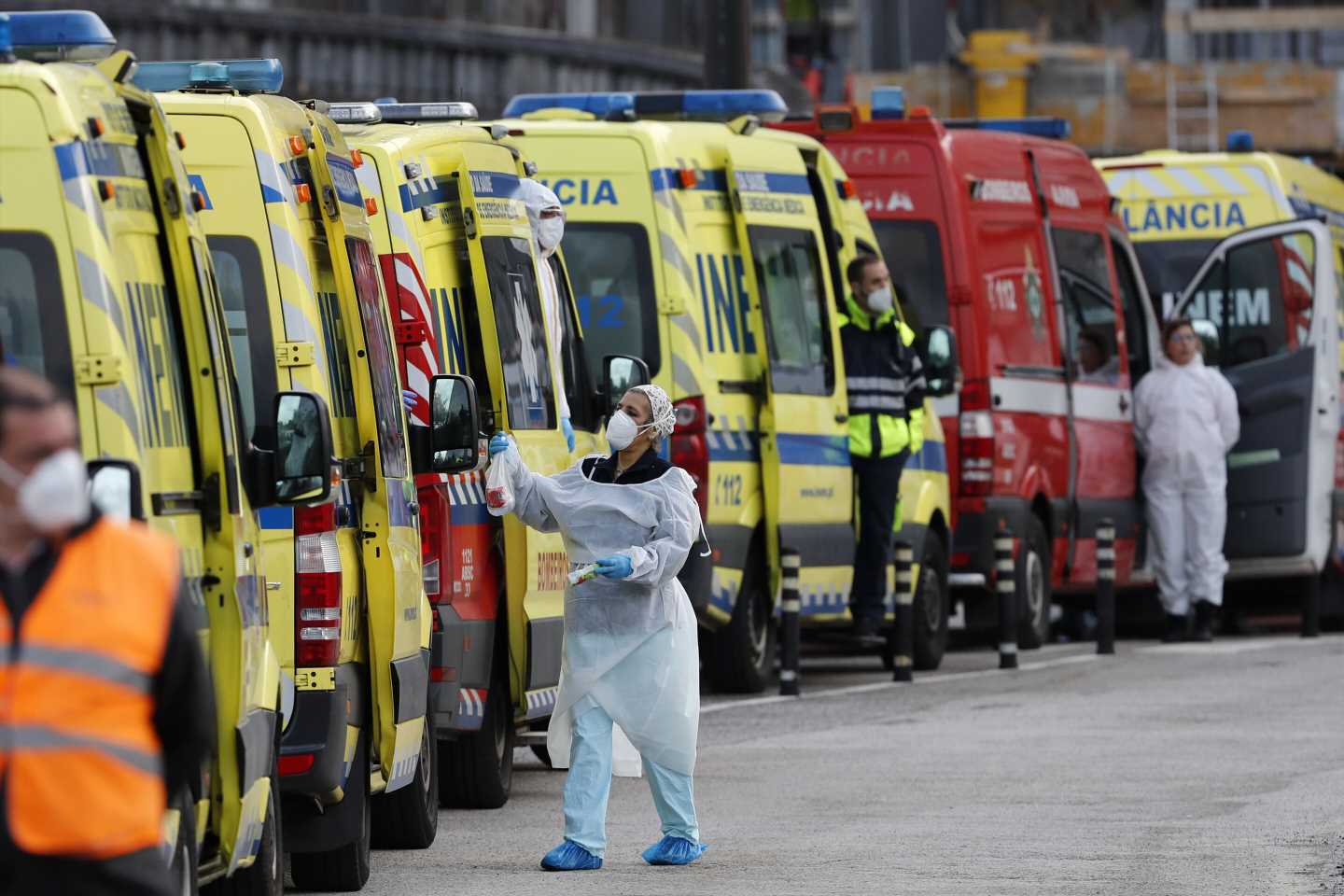 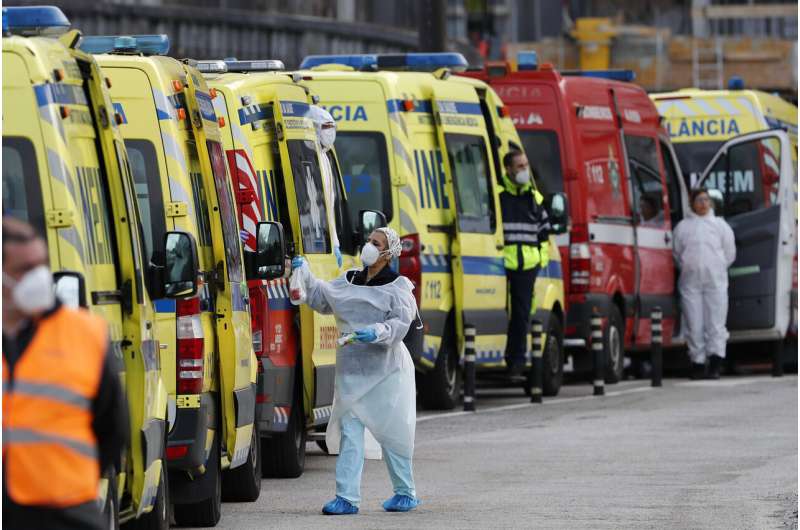 In the first week of December, Portugal’s prime minister gave his pandemic-weary people an early Christmas gift: restrictions on gatherings and travel due to COVID-19 would be lifted from Dec. 23-26 so they could spend the holiday season with family and friends.

Soon after those visits, the pandemic quickly got out of hand.

By Jan. 6, Portugal’s number of new daily COVID-19 cases surged past 10,000 for the first time. In mid-January, with alarm bells ringing as each day brought new records of infections and deaths, the government ordered a lockdown for at least a month and a week later shut the country’s schools.

But it was too little, too late. Portugal has for almost a week had the most daily cases and deaths per 100,000 people in the world, according to statistics compiled by Johns Hopkins University.

Outside the country’s overloaded hospitals now, long lines of ambulances wait for hours to deliver their COVID-19 patients.

Portugal’s problems illustrate the risk of letting down pandemic guards when a new, fast-spreading variant is lurking unseen. 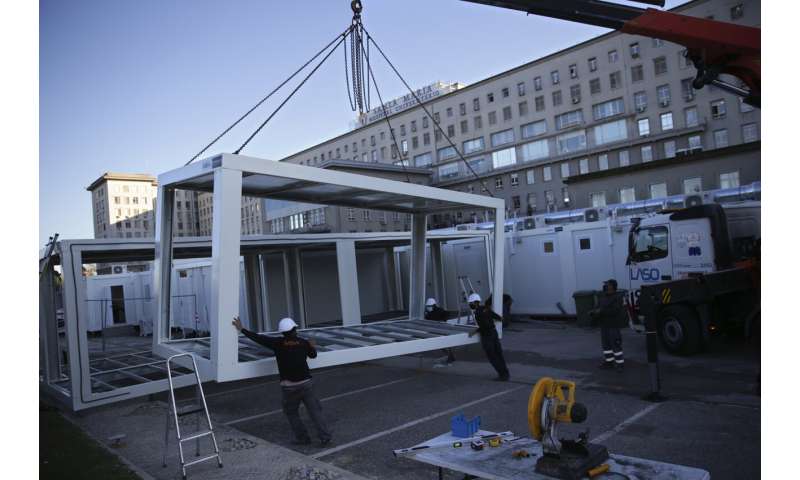 Viggo Andreasen, an assistant professor in mathematical epidemiology at Roskilde University, west of Copenhagen, said the new variant is a game-changer.

“On the surface, things may look good but underneath, the (new) variant is looming,” he told The Associated Press. “Everyone in the business knows that there is a new game on its way.”

In Denmark, the variant is threatening to spin the pandemic out of control, despite relative early success in containing the spread of the virus. Prime Minister Mette Frederiksen said this month “it is a race against time” to get people vaccinated and slow the variant’s progress because it is already too widespread to stop.

The National Institute for Public Health and the Environment in the Netherlands last week reported rising cases of the variant and warned it will push higher the number of hospital admissions and deaths. 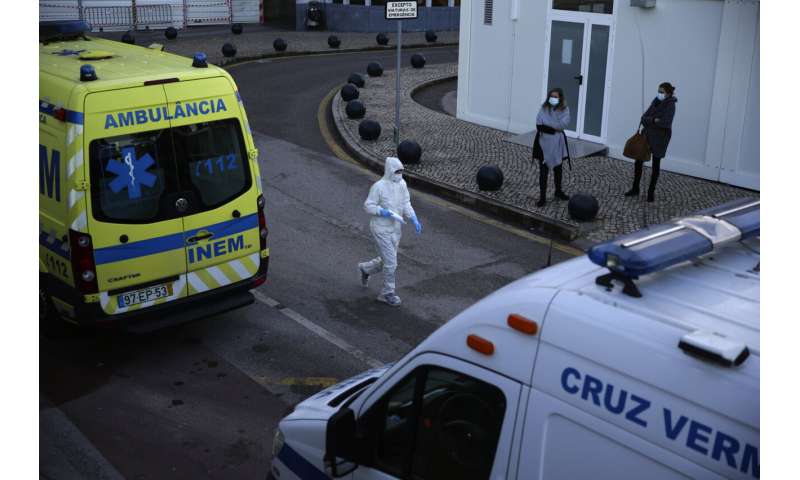 The Netherlands went into a tough five-week lockdown in mid-December, closing schools and nonessential businesses as new infections spiked. Prime Minister Mark Rutte extended the lockdown by a further three weeks on Jan. 12, citing concerns about the new variant.

Last week, the Dutch government went a step further and introduced a 9 p.m.-to-4:30 a.m. curfew as well as limiting the number of guests people can have at home to one per day.

The discovery of the new variant has prompted other EU countries to stiffen their lockdown measures. Belgium has banned all nonessential travel for residents until March, and France may soon begin a third lockdown if its 12-hour daily curfew doesn’t slow the spread of new infections. 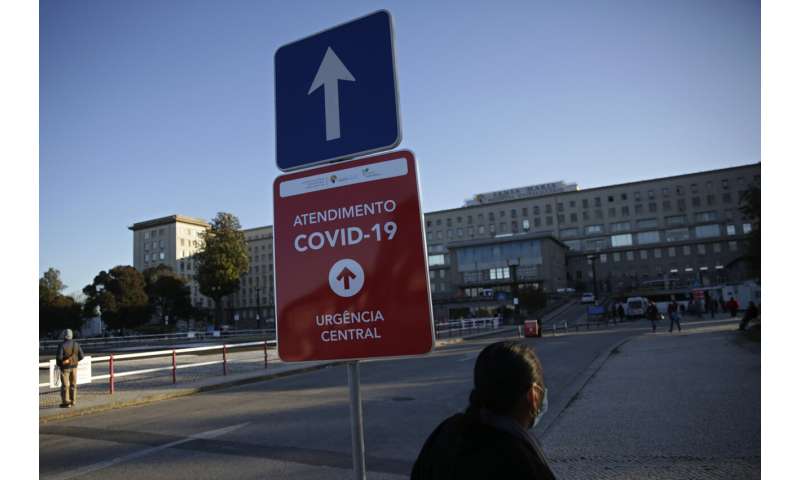 Other mutated versions of the virus have surfaced in Brazil and South Africa.

The British variant will probably become the dominant source of infection in the United States by March, experts say. It has so far been reported in more than 20 states.

Moderna, the maker of one of the two vaccines being used in the U.S., says it is beginning to test a possible booster dose against the South African version—a variant Fauci said was “even more ominous” than the British one.

Pfizer, which makes a similar COVID-19 vaccine, says its shot appears effective against the strain from Britain, although questions remain about the South Africa variant. 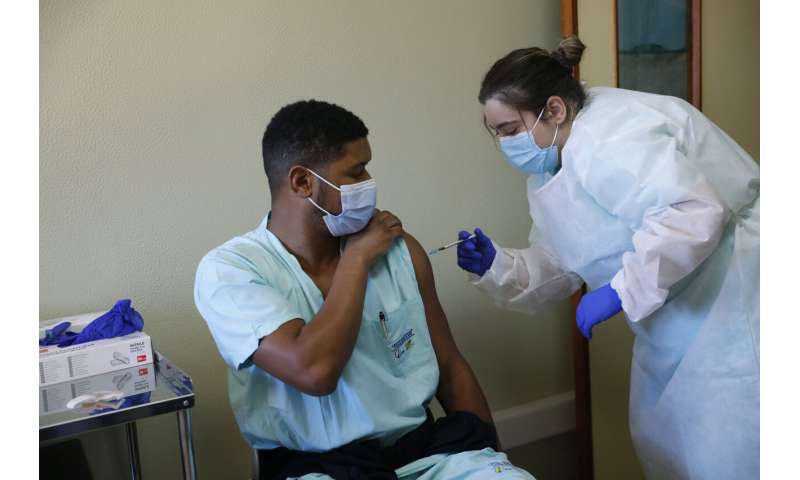 Amid those fears, the United States is reinstating COVID-19 travel restrictions on non-U.S. travelers from the United Kingdom, 26 other European countries and Brazil, and adding South Africa to the list.

It”s been a steep learning curve for Portugal.

Ricardo Mexia, head of Portugal’s National Association of Public Health Doctors, said before relaxing restrictions at Christmas the Portuguese government should have strengthened its preparations for January, but it didn’t.

“The problem has been not only not reacting promptly but also not being proactive” to get ahead of the problems, he told the AP. Authorities “need to be more assertive.”

A Jan. 3 report by the Dr. Ricardo Jorge National Health Institute, which monitors the virus in Portugal, said tests had found 16 cases of the new variant in continental Portugal, 10 of them in travelers at Lisbon airport. It did not specify where they had come from. 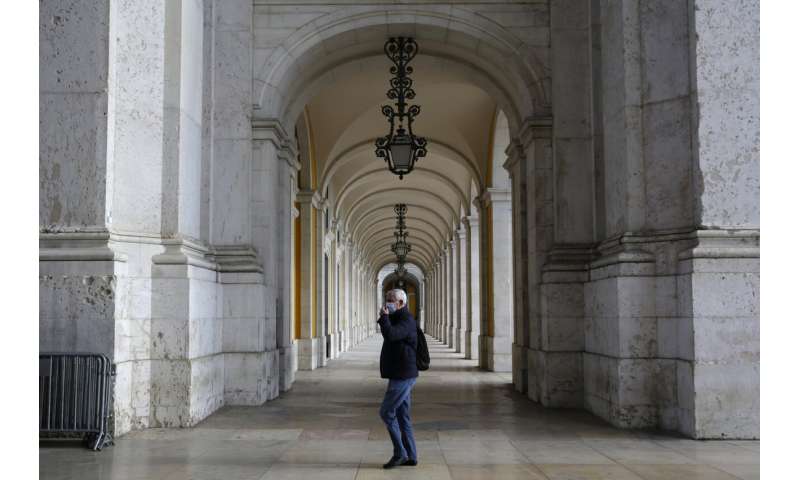 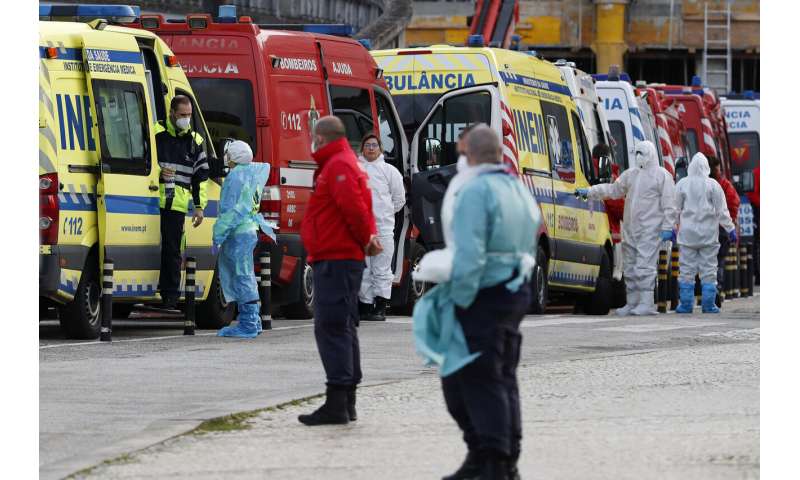 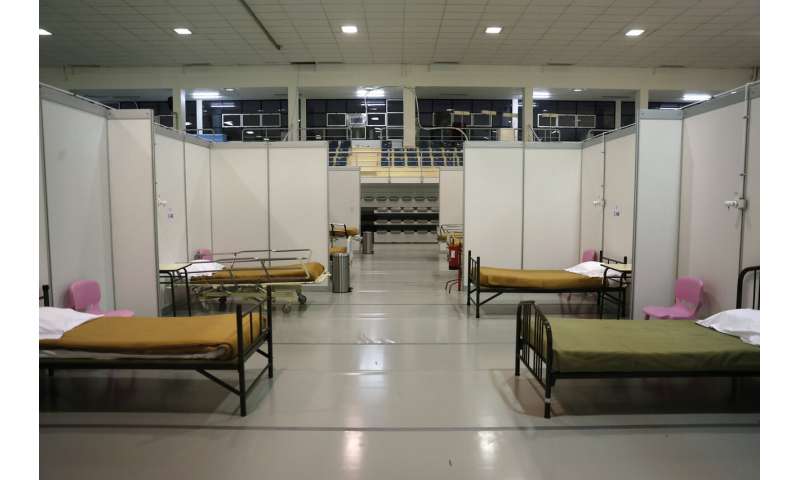 Portuguese authorities scrambled to make up for lost time, adding even tighter restrictions to the lockdown just three days after it was announced. But new cases and deaths piled up.

Just over two weeks later, the virus monitoring agency estimated there had been cases of the new variant in Portugal in early December and warned that the proportion of COVID-19 cases attributed to the U.K. strain could reach 60% by early February.

Only on Saturday did the government, blaming the now-devastating COVID-19 surge on the variant, stop flights to and from the United Kingdom.

The World Health Organization’s emergencies chief said earlier this month that the agency is assessing the impact of the new variants, but warned they are also being used as scapegoats.