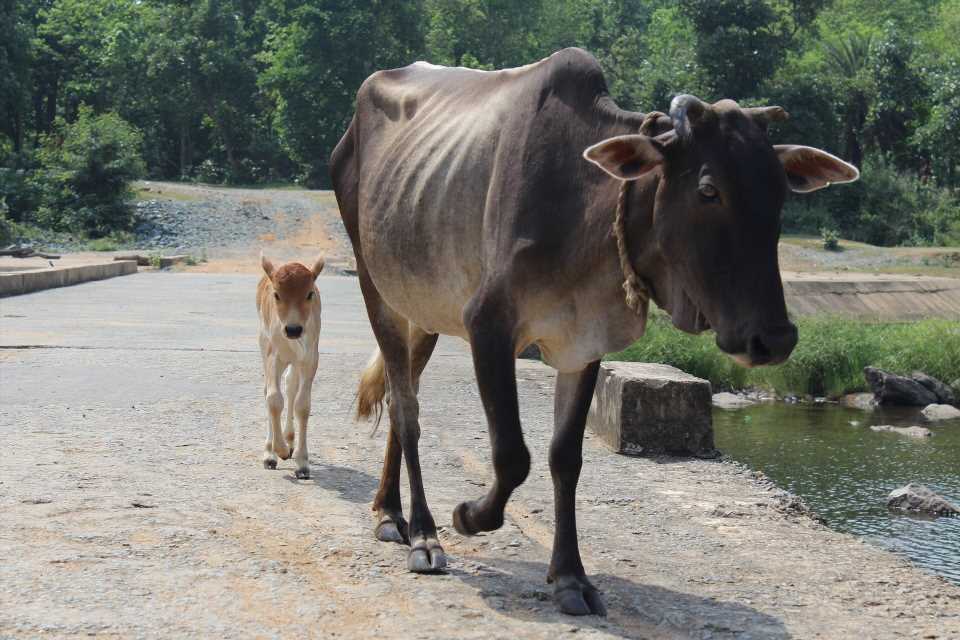 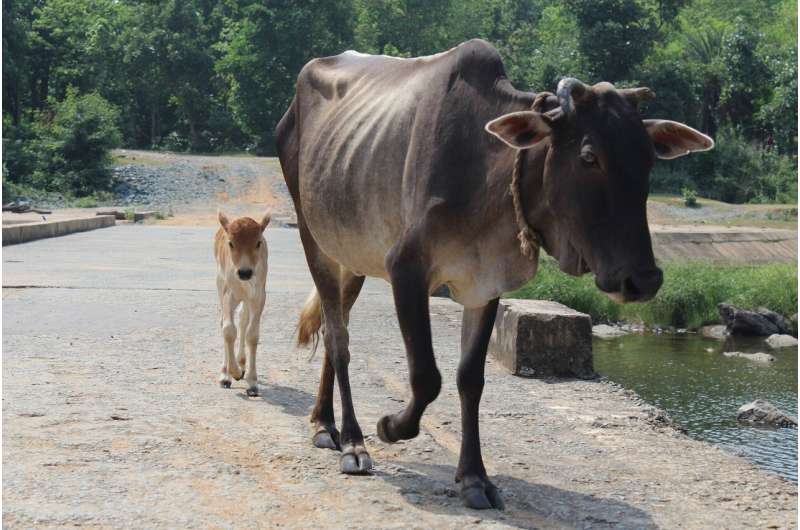 Cow dung, widely used as a fuel and in rituals in India, is likely behind an epidemic of black fungus that killed or maimed thousands of patients treated in the country for COVID-19 in 2021, say medical researchers.

Mucormycosis, a dangerous infection caused by Mucorales fungi, has an overall mortality rate of 54%, according to the U.S. Centers for Disease Control and Prevention. In May 2021, mucormycosis was declared an epidemic in India—during a devastating second wave of COVID-19—with the country accounting for 71% of all Mucorales infection cases worldwide.

The country had recorded 51,775 cases of mucormycosis as of November last year. Mucorales, a coprophilous (dung-loving) group of fungi, thrives on the excrement of herbivores and India has the world’s largest population of bovine cattle, counting 300 million in its inventory.

The paper published April in mBio, a journal of the American Society for Microbiology, hypothesizes that “Mucorales-rich cow excrement, given its use in multiple Indian rituals and practices, especially during the pandemic, probably played a key role in India’s COVID-19- associated mucormycosis epidemic.”

Jessy Skaria, an author of the paper and an independent researcher from Houston, Texas, tells SciDev.Net that the unusually high incidence of COVID-19- associated mucormycosis in India was attributed by most physicians and researchers to a combination of SARS-Cov-2 viral infection with diabetes and treatment using steroids.

“However, since the same factors existed in other countries as well, we looked at unique local causes in India that could increase exposure to Mucorales spores, such as through fumes from burning cow dung,” says Skaria.

“Increased fungal spore burden in the Indian environment has been demonstrated in a recent multi-center study which showed the burden of Mucorales in areas close to hospitals to be as high as 51.8%.”

Fungal spores disperse widely through the smoke of burning biomass, so the practice of burning Mucorales-rich cow dung and crop stubble to dispose of it may lead to Mucorales spores being released into the environment, she explains.

“This could potentially explain India’s disproportionate case burden of mucormycosis at all times, even before the pandemic,” says Skaria. She cited studies suggesting that Mucorales could be detected in 14% of patients in India’s intensive care units and that an average of 65,500 deaths a year were attributable to mucormycosis.

“Our hypothesis is also based on pioneering work that proved that fungal spores could travel long distances in smoke from biomass fires,” she adds.

Cow excreta is a part of traditional life in India and used as an ingredient in many traditional ayurvedic medicines. Common rituals in parts of India include applying cow dung on bodies, drinking cow urine, and burning and inhaling cow dung fumes as a form of ritual purification during festivals, prayers, or cremations, the paper said.

Considered a sacred animal, cows are not slaughtered in many Indian states.

“Notable exceptions are Kerala and West Bengal where the incidence of mucormycosis was far lower than in Maharashtra and Gujarat where the slaughter of cattle is strictly banned and where the use of cow excreta for fuels and rituals is popular,” says Skaria. “It’s hugely pertinent that in Kerala where there is no ban on slaughtering cows and no taboo on eating beef… and where cow dung is almost never used as fuel…the incidence of mucormycosis was found to be low.”

During the COVID-19 pandemic, political and religious rhetoric inspired many Indians to liberally use cow dung and urine to prevent or treat COVID-19, including through mass fumigations with smoldering cow dung cakes, the paper observed.

Similarly, in Iran an unusual spike in mucormycosis cases during the pandemic could potentially be attributed to the burning of donkey dung to produce “anbarnesa smoke,” a traditional medicine, the paper said.

“However, the hypothesis has strong support based on the epidemiological and case data that is occurring in India. The burning of cow dung is a possible vehicle for spore distribution and one that needs examining to help further the understanding of the ongoing and dangerously high prevalence of mucormycosis in India.”

Judy Stone, a US-based infectious disease and clinical research specialist, tells SciDev.Net: “Exposure to Mucorales spores in cow dung is a very plausible hypothesis—I think it is pretty clear that there is more to the mucormycosis epidemic than diabetes and steroids. Other countries (e.g. China) have a much higher prevalence of diabetes, yet have not had the overwhelming numbers of patients with mucormycosis.