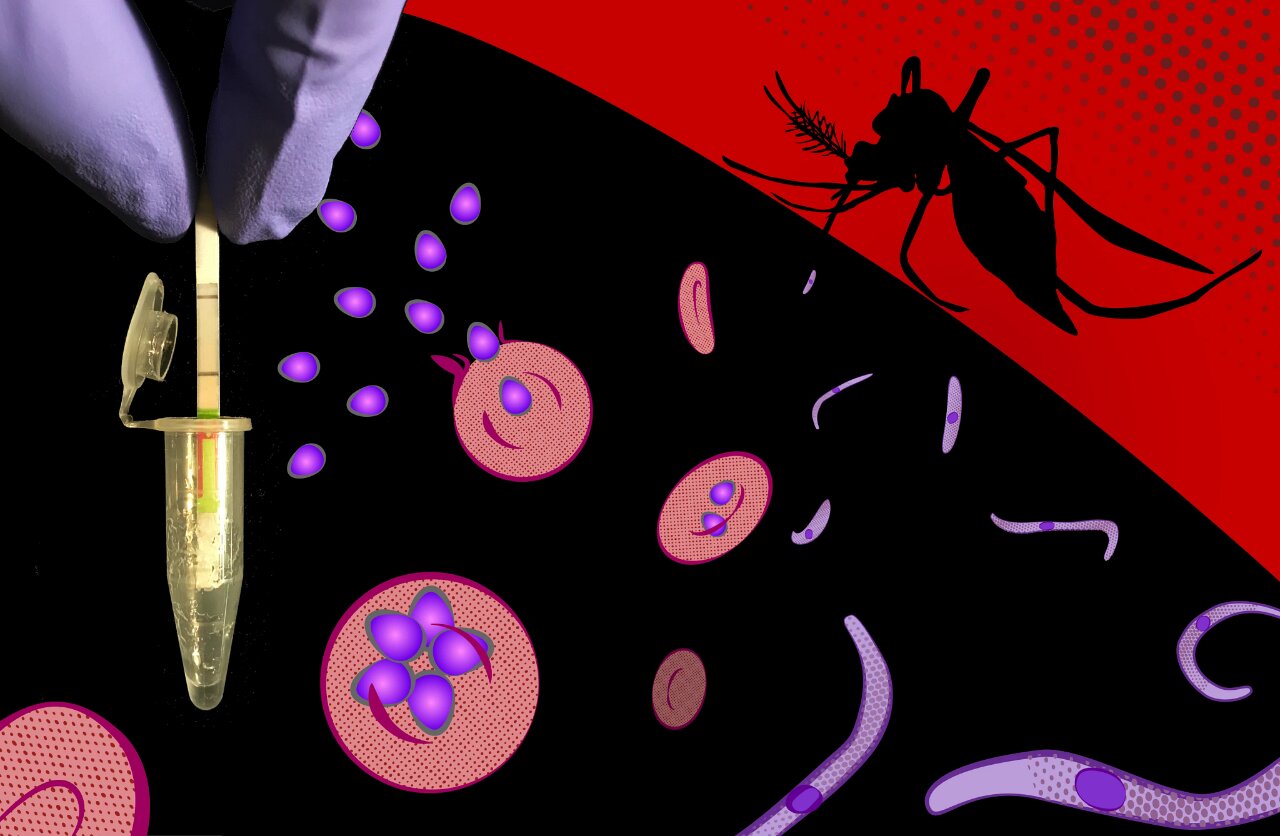 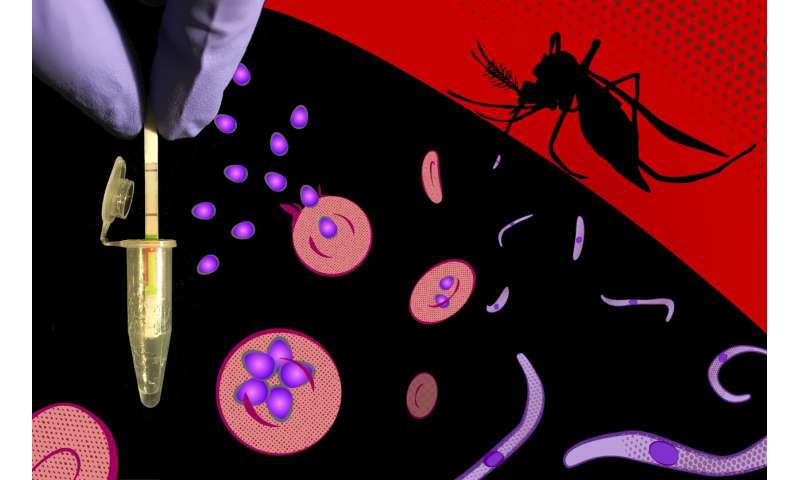 To achieve the goal of eradicating malaria set by the World Health Organization (WHO)’s Global Malaria Control Programme, it is critical that all local transmission of malaria parasites in defined geographic areas is eliminated. One important cornerstone on this path is the development of rapid, sensitive and species-specific diagnostic capabilities that are useful in the low-resource settings (LRSs) of many areas with endemic malaria.

Currently, the presence of the four major malaria-causing Plasmodium species P. falciparum, P. vivax, P. ovale, and P. malariae is determined by microscopic analysis of blood samples in which parasites can be detected in red blood cells, or with so-called rapid diagnostic tests for specific Plasmodium proteins (antigens).

“This field-ready SHERLOCK diagnostic malaria assay surpasses the sensitivity and specificity requirements set by the WHO for a desired test that can be used to detect low parasite density in asymptomatic carriers of all major Plasmodium species,” said Wyss Founding Core Faculty member James Collins, Ph.D. “Its highly streamlined design could provide a viable solution to the present diagnostic bottleneck on the path to eliminate malaria, and more generally enabling malaria surveillance in low-resource settings.” Collins is a lead of the Institute’s Living Cellular Devices Focus Area, and also the Termeer Professor of Medical Engineering & Science at MIT.

The research team demonstrated their engineered SHERLOCK (short for Specific High-sensitivity Enzymatic Reporter unLOCKing) assay to be capable of detecting less than two parasites per microliter of blood, the WHO’s suggested “limit of detection” (LOD) for a test with broad utility in endemic areas. Showing the assay’s clinical potential by analyzing clinical samples containing P. falciparum and P. vivax species, they called out them out with 100% sensitivity, by correctly identifying true positive samples, and 100% specificity, by also correctly identifying samples lacking a certain Plasmodium species in true negative samples. Near 100% sensitivity and specificity are key attributes of diagnostic assays to be used in real-world testing. Moreover, the assay is designed so that it can also determine the presence of frequently mutated P. falciparum strains that have lost their HRP2 antigen and thus escape the detection by common rapid diagnostic tests.

Collins’ group at the Wyss Institute and MIT co-developed the SHERLOCK technology with Feng Zhang’s group at the Broad Institute. It was licensed to Sherlock Biosciences, a startup that used it to create a rapid molecular diagnostic for other disease applications, and recently received an emergency use authorization from the FDA for its COVID-19 rapid diagnostic.

Other methods have been developed that, like the new SHERLOCK assay, amplify and detect the DNA (or RNA) nucleic acid material of Plasmodium species. However, to date, these methods remain limited by their need for expensive laboratory equipment, as in the case of polymerase chain reaction (PCR)-based methods, complicated sample preparation techniques, and trained personnel or, as in the case of simpler “isothermal” amplification methods performed at a single temperature, they have not shown the desired sensitivities in the field.

The SHERLOCK malaria assay takes advantage of the CRISPR-Cas12a enzyme which can be programmed to become active with a so-called guide RNA that binds to a specific target nucleic acid target sequence, in this case a sequence from one of the four Plasmodium species. Activated Cas12a then non-specifically cleaves any single-stranded DNA strand in its vicinity with an extremely high turn-over rate of about 1,250 collateral cleavage reactions per second. The researchers leveraged this amplifying activity in their assay by integrating it with an optimized sample preparation, which does not require a specific nucleic extraction step like some other nucleic acid amplification tests (NAATs), and isothermal amplification of specific Plasmodium DNA and RNA sequences at the front end. Guide RNAs that recognize species-specific motifs in the amplified Plasmodium sequences then unleash Cas12a activity, which collaterally attacks single stranded DNA reporter sequences whose cleavage products help signal the presence of the pathogen-specific nucleic acids. At the backend of the assay, the signal is engineered to either cause a change in fluorescence in a hand-held device, or specific band on a lateral flow strip commonly used in clinical point-of-care devices.

“Importantly, the assay is compatible with different sample types, such as whole blood, plasma, serum, and dried blood, and all components required for amplification, Cas12a activation and signal generation can be lyophilized in a single test tube to work together in a one-pot-reaction after they are reconstituted and mixed with patient sample,” said first-author Rose Lee, a clinical fellow in Collins’ group and Boston Children’s Hospital with a strong interest in infectious disease diagnostics and was instrumental in assembling the multi-disciplinary team together with Collins. “This avoids having to depend on a functional cold-chain and allows testing to be performed in low-resource settings with minimal expertise.”