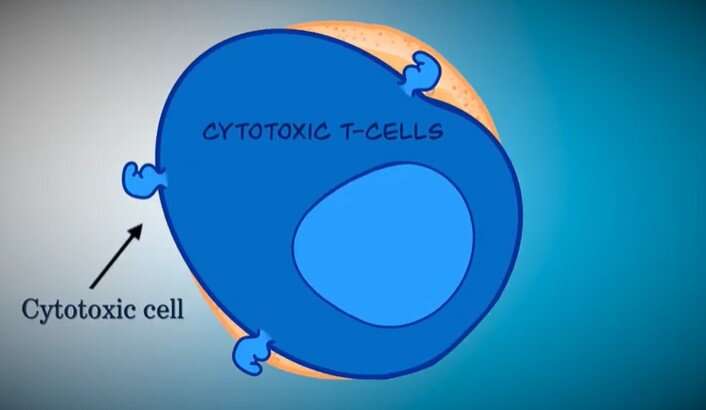 A new publication by scientists from the Hackensack Meridian Center for Discovery and Innovation (CDI) could hold the key to better modulating the human immune system to fight cancer and produce vaccines of the future.

The laboratory of Hai-Hui “Howard” Xue at the CDI published the findings of the complex and cascading molecular interactions modulating T-cell immunology in the August issue of the journal Nature Immunology.

“This is our second Nature Immunology paper from the CDI this year. The initial observation was made eight years ago, and Drs. Qiang Shan (the first author) and Weiqun Peng (our collaborators at the George Washington University) have continuously pursued mechanistic insights since then,” said Xue, Ph.D., a member of the CDI.

“It seeks to understand how T cell homeostasis is regulated beyond the known classical pathways,” added Xue. “The findings indicate that T cells can be induced to cycling while maintaining their naive status. This could change the way we harness the power of T cells heading forward.”

The Xue lab in the two successive Nature Immunology publications has focused on a key dynamic of T-cell immunology: the Tcf1 transcription factor and its far-reaching molecular complexity.

Tcf1 is crucial to the immune systems memory in recognizing threats it has already faced before.

The Tcf1 transcription factor essentially preprograms a particular type of memory CD8+ T cells, called T central memory (Tcm) cells, prepping them to respond quickly and robustly to known threats, i.e., pathogens that the immune system has seen before, according to the paper published earlier this year in the same journal.

That first paper pointed toward a way to improve the memory of these cells—meaning potentially improving vaccines and boosting immune responses in future encounters with the same pathogens.

The new paper brings the results a step further in complexity. The scientists found that Tcf1 and Lef1 (an homologue of Tcf1) are critical in recruiting the CCCTC-binding factor (known as CTCF), a well-characterized architectural protein and a versatile transcription regulator, to key parts of the genome of the CD8+ T-cells. By so doing, Tcf1 fosters key chromatin interactions—and associated crucial gene expression programs of the CD8+ T-cells.

Xue and colleagues proved how central the Tcf1 was by knocking out the transcription factors in animal models. In so doing, it compromised the ability of CD8+ T cells to respond to two key interleukin cytokines that drive cell cycle progression to maintain a steady pool size and sustain immune competence.

By perfoming genome-wide analyses in the T cells, the scientists found significant overlap in both the Tcf1 and the CTCF binding on the CD8+ genome, thereby further demonstrating their cooperativity in multiple cellular processes.

Ultimately, they found that Tcf1 and Lef1, in working with the CTCF, provide constant supervision of this genomic architecture and confer flexibility. Together, they translate cytokine-derived signals into protein synthesis and DNA replication that underlie homeostatic proliferation of CD8+ T cells.

“The prevalent overlap between Tcf1 and CTCF is unusual, and most importantly, the access of CTCF to the CD8 T-cell genome depends on Tcf1 at critical locations,” said Xue. “Also important to the biology side of things: both factors controlled the same set of genes regulating homeostatic proliferation.

“This signifies Tcf1 and CTCF as important targets to modulate so as to amplify T cells in their naïve state, which will have real implications in where science goes to harness the power of T cells in cellular therapy,” Xue added.