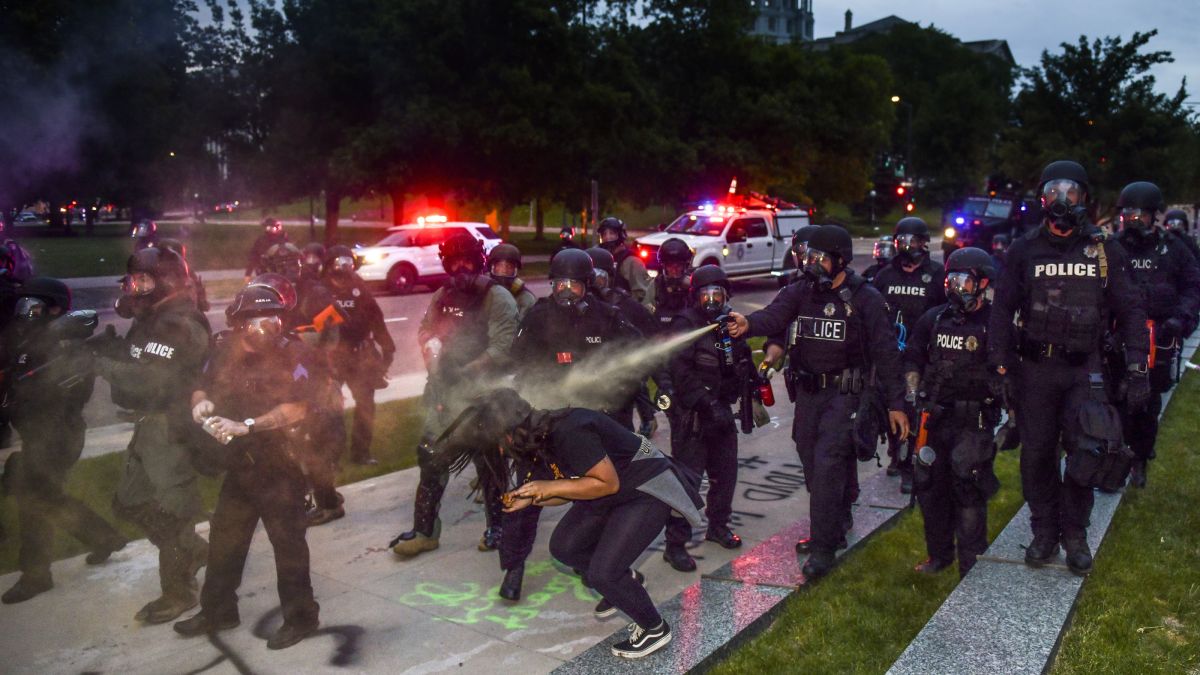 Despite assertions to the contrary by Attorney General William Barr, pepper spray is a chemical.

This chemistry 101 lesson is brought to you by an interview with Barr by CBS News’ Margaret Brennan on Face the Nation on June 7. In the interview, Brennan pressed Barr on the decision to aggressively clear peaceful protestors from Lafayette Park in Washington, D.C., prior to a walk through the park for a photo opportunity by President Donald Trump at St. John’s Church.

The word “chemical,” for the record, has a very broad definition: It basically means anything with a specific molecular composition and structure. Water is a chemical because no matter how you slice it, it is composed of two hydrogen atoms and one oxygen atom arranged in a particular formation. So yes, pepper spray is chemical. The active ingredient is capsaicin, the chemical that gives chili peppers their heat. The chemical formula is C18H27NO3. (That’s 18 carbon atoms, 27 hydrogen atoms, an atom of nitrogen and three oxygen atoms per molecule.)

Abrupt and extraordinarily aggressive dispersal of protesters at H and 16th with Trump about to speak from the Rose Garden. In a span of about 10 minutes they’ve unleashed everything from tear gas to flashbangs sending hundreds on a frantic retreat down 16th. pic.twitter.com/35H1BQjZTwJune 1, 2020

Pepper spray is also, inarguably, an irritant. Capsaicin probably evolved as an antifungal agent, according to 2008 research, Live Science previously reported. But when capsaicin touches a mucous membrane, it triggers pain receptors, creating a burning sensation. In response, the mucous membranes produce mucus and tears in an effort to wash away the irritant. It’s this bodily response that makes pepper spray an effective, yet dangerous, method for crowd suppression: People have difficulty breathing and their vision becomes blurred as tear ducts overflow and eyelids swell.

Beyond the scientifically unsavvy sound bite about chemicals, Barr sought to downplay the effects of the crowd control used in Washington, D.C. Immediately after talking about pepper spray, he reversed his statement and said that pepper balls, not pepper spray, were used on the protesters. Pepper balls, too, are a chemical irritant, though: They’re essentially paint balls filled with oleoresin capsicum, a capsaicin-containing product also derived from chili peppers. The product is delivered differently than pepper spray (which is sprayed from a canister), but the results are the same.

Barr also tried to differentiate pepper spray from “tear gas,” which gets into a semantic argument about the chemicals. The Centers for Disease Control and Prevention says the most common chemicals classified as “tear gas” are chloroacetophenone (CN) and chlorobenzylidenemalononitrile (CS), both of which cause the eyes to water heavily and which can damage tissue. These chemicals, however, are not in pepper spray. (CN can also be lethal in high doses, according to a 2003 paper in the journal Toxicology Review.) Park police told Vox on June 5 that it was a “mistake” to deny that tear gas had been used to clear the park.

“The point is we admitted to using what we used,” Sgt. Eduardo Delgado, the spokesperson for the U.S. Park Police, told a Vox reporter. “I think the term ‘tear gas’ doesn’t even matter anymore. It was a mistake on our part for using ‘tear gas’ because we just assumed people would think CS or CN.”

Delgado went on to say that the park police used smoke canisters and pepper balls on the protestors. “I’m not saying it’s not a tear gas, but I’m just saying we use a pepper ball that shoots a powder. … Everybody went on a tangent saying ‘Well, isn’t a pepper ball tear gas?’ And it’s like, ‘I don’t know.’ I’m just telling you what we used and what we didn’t use.”

For a limited time, you can take out a digital subscription to any of our best-selling science magazines for just $2.38 per month, or 45% off the standard price for the first three months.View Deal