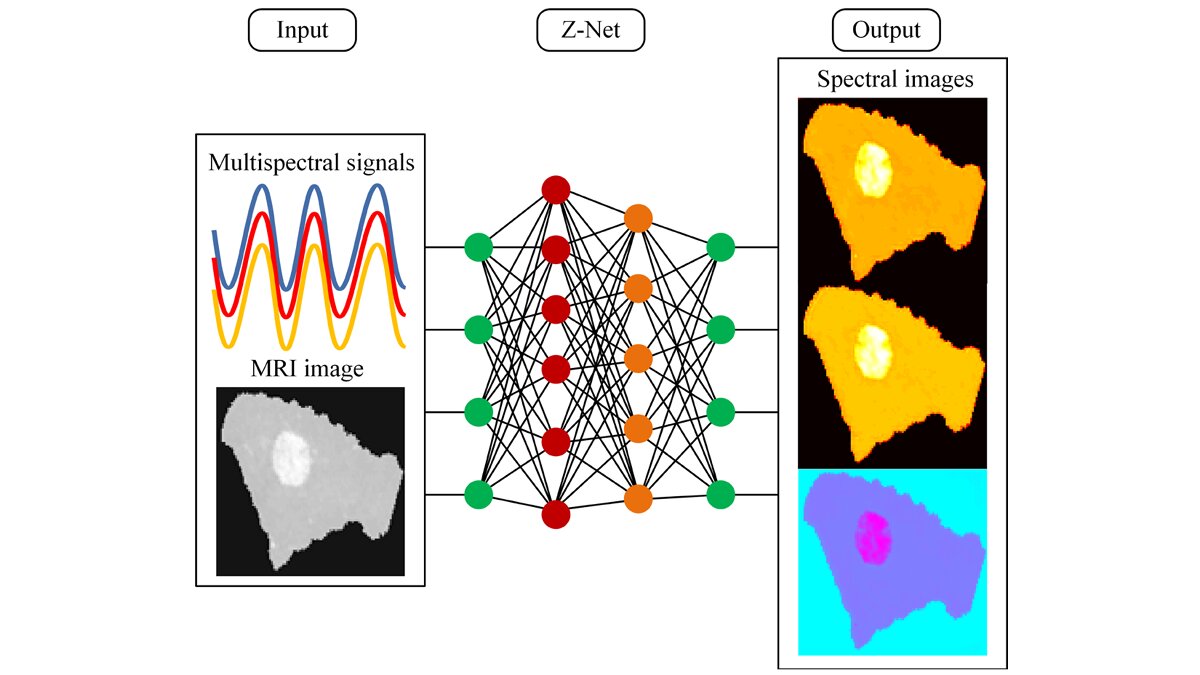 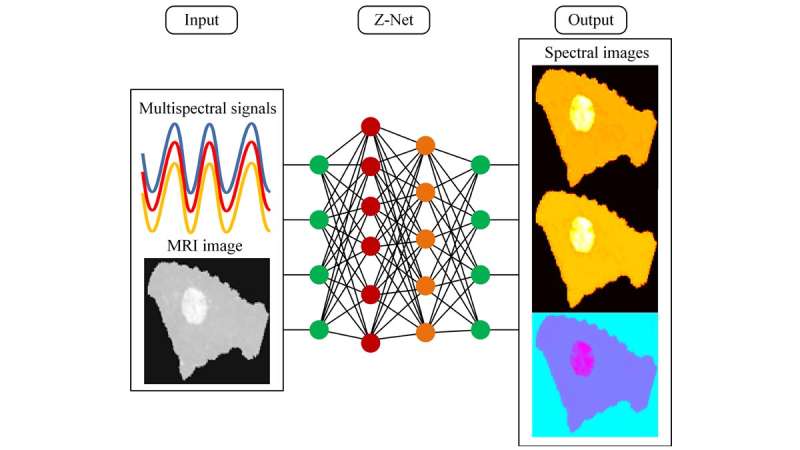 Researchers have developed a new image reconstruction approach that could contribute to better breast cancer detection. The deep learning algorithm overcomes a major hurdle in multi-modality imaging by allowing images to be recovered in real time.

In Optica journal, the researchers described the new algorithm, known as Z-Net, and how it works with an imaging platform that combines optical spectral information with contrast-free magnetic resonance imaging (MRI) to improve detection of breast cancer.

“The near infrared spectral tomography (NIRST) and MRI imaging platform we developed has shown promise, but the time and effort involved in image reconstruction has prevented it from being translated into the day-to-day clinical workflow,” said Keith Paulsen, who led the research team from Dartmouth College. “Thus, we designed a deep-learning algorithm that incorporates anatomical image data from MRI to guide NIRST image formation without requiring complex modeling of light propagation in tissue.”

Paulsen and colleagues from the Beijing University of Technology and the University of Birmingham report that their new algorithm can distinguish between malignant and benign tumors using MRI-guided NIRST imaging data from patient breast exams.

“Z-Net could allow NIRST to become an efficient and effective add-on to non-contrast MRI for breast cancer screening and diagnosis because it allows MRI-guided NIRST images to be recovered in nearly real time,” said Paulsen. “It can also be readily adapted for use with other cancers and diseases for which multi-modality imaging data are available.”

The researchers used deep learning to make the image reconstruction process faster. Deep learning is a machine learning approach that creates connections among pieces of information in a way that is similar to how human brains operate, allowing the researchers to train their algorithm to recognize patterns and complex relationships.

“The Z-Net algorithm reduces the time needed to generate a new image to a few seconds,” said Jinchao Feng, the study’s lead author. “Moreover, the machine learning network we developed can be trained with data generated by computer simulations rather than needing images from actual patient exams, which take a long time to collect and process into training information.”

After training the algorithm, the researchers used simulated data to confirm that the quality of the reconstructed images was not degraded by eliminating diffuse light propagation modeling or by not segmenting MRI images.

They then applied the new algorithm prospectively to MRI-guided NIRST data collected from two breast imaging exams—one leading to a biopsy-confirmed cancer diagnosis, the other resulting in a benign abnormality. The new algorithm generated images that could tell the difference between the malignant and benign cases.

“In addition to showing the potential of our approach, the results also demonstrate that when in vivo data is insufficient or unavailable for training a deep learning algorithm, a large amount of simulation data may work,” said Shudong Jiang, a study co-author and pioneer in developing simultaneous MRI and optical breast imaging technology.