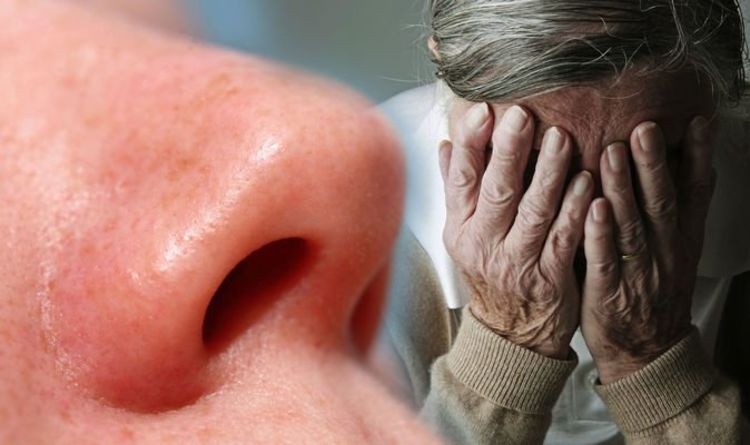 Dementia broadly relates to a number of conditions which are associated with a declining brain. The type of symptoms a person with dementia may experience depends largely on the region of the brain that it is affected. As with COVID-19, a loss of smell could also be an early warning sign of the degenerative disease.

The most suitable of all indicators of early signs of dementia, and commonly unnoticeable, is the failing olfactory function, or sense of smell.

Research has shown that patients could show a distinct inability to identify scent, recall the experience and associate or distinguish between various smells, as an indicator of Alzheimer’s disease.

Since the disease is degenerative in impact, the human faculties including the basic sense of smell could be impaired. 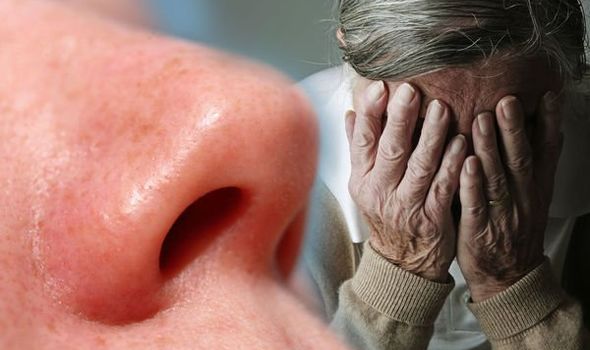 The Alzheimer’s Society said: “A study of nearly 3,000 people in the US found that older adults with a poor sense of smell were more likely to develop dementia later in life.

“Although the link between smell and dementia risk is an important finding, there are some key questions we need to answer.

“First, if someone fails the test, how likely are they to develop dementia.

“Second, if someone passes the test how likely are they to develop dementia?”

Many elderly might not be able to identify an odour or be able to differentiate one odour from another.

This is a sad reality for getting older, however, it could also often signal a potential warning of early dementia.

For some, the inability to detect an odour at all may be present.

Odour identification difficulties are common in people with neurodegenerative diseases, including Alzheimer’s disease. 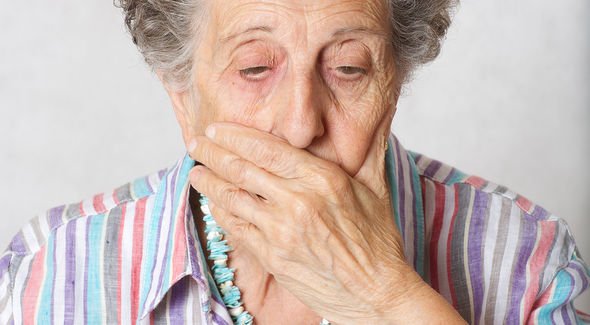 Older people who have difficulty identifying common odours have been estimated to be twice as likely to develop dementia in five years as those with no significant smell loss.

In the absence of a known medical cause, an impaired sense of smell can be a predictor of cognitive decline.

Experiencing an olfactory dysfunction is often present before other cognitive symptoms appear, although this loss can go undetected.

The NHS added: “Many people with frontotemporal dementia develop a number of unusual behaviours they’re not aware of.

“Repetitive behaviours, such as humming, hand-rubbing and foot-tapping may signal frontotemporal dementia.”

Other symptoms of early dementia to be aware of include memory loss, difficulty performing familiar tasks, problems with language, disorientation to time and place, poor or decreased judgement, problems with keeping track of things, misplacing things or changes in mood or behaviour.

Alzheimer’s Disease International added: “Every person is unique and dementia affects people differently – no two people will have symptoms that develop in exactly the same way.

“An individual’s personality, general health and social situation are all important factors in determining the impact of dementia on him or her.”