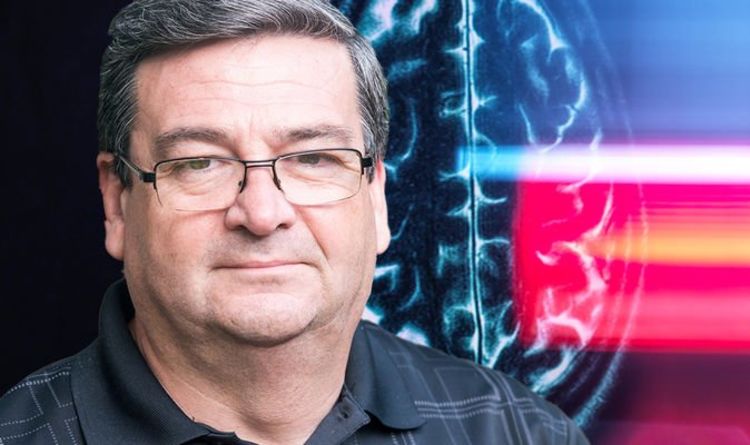 Dementia: Dr Sara on benefits of being in nature

Dementia is a general term for a collection of symptoms associated with brain decline, such as memory loss. Dementia cases are set to soar as the UK population ages. This will send shockwaves through the healthcare system in coming decades. Finding ways to reduce the risk of developing dementia is therefore in everyone’s interests.

One the greatest risk factors for dementia is entirely modifiable, a recent study suggests.

People who carry excess weight in midlife have an increased risk of developing dementia, suggests new research from the long-running English Longitudinal Study of Ageing (ELSA).

To arrive at this conclusion, people aged over 50 were recruited and followed for an average of 11 years.

Overall, those who were obese at the start of the study had a risk of dementia one-third higher (34 percent increase) than people with normal weight.

Women who carried extra weight around their waistline were particularly vulnerable.

The implications are profound: 63 percent of UK adults are overweight or obese, according to Cancer Research UK.

This equates to an estimated 35 million overweight or obese UK adults.

When they entered the study, people had their height and weight measured to give an approximate measure of body fat (body-mass index or BMI) and determine whether participants were obese, overweight or normal weight.

DON’T MISS
Stroke: The worst drink to increase your risk [INSIGHT]
Statins side effects: The sign in your mouth, eyes or genitals [ADVICE]
Vitamin D deficiency: Two signs in your ears of low levels [TIPS]

A waist circumference of more than 88 cm in women, or 100 cm in men, was the measure of excess weight around the middle.

The study included 6582 people who were free of dementia. More than one in four (28.7 parent) were obese.

After an average of 11 years, 453 (6.9 percent) had developed dementia. These people were more likely to have genes associated with dementia (APOE-E4).

The researchers took into account factors linked with both obesity and dementia, such as being physically inactive, having no educational qualifications, and having high blood pressure and diabetes.

After correcting for these factors, the link between obesity and dementia remained.

The increased risk of dementia could not be explained by differences in age, marital status, smoking behaviour or health conditions, including diabetes and high blood pressure, the researchers noted.

However, excess body fat increases inflammation, which might contribute to the build-up of damaging proteins in the brain, notes the National Institute for Health Research (NIHR).

It is worth noting that the results of previous studies have been mixed and the association between obesity at older ages and dementia is unclear.

Some results have even suggested that obesity could protect against dementia in elderly people.

The new study adds to the already overwhelming evidence that obesity is a growing and serious problem for individuals and society.

“It emphasises the need for campaigns, information and actions to convince people to maintain an optimal weight and adopt healthier lifestyles – eating a more balanced diet and taking regular exercise,” adds the NIHR.